Some games want to be a smaller, focused thing. This was the norm when the medium first sprouted, constraint being the seedpod of invention. Moore’s law has expanded processing power, and with each leap, the bloom of our virtual playgrounds. But I don’t need every game to be every thing. There are others with clear goals, concise visions, unshakeable focus, which I often find to be much more rich and invigorating experiences.

Ghostrunner could be one of these games. The premise is simple, but that doesn’t mean easy or lackluster—you’re a cyborg ninja assassin, the best in the biz, and your main benefactor needs you to bust him out of prison. The world is a pile of slag with one remaining tower of humanity remaining. Each level demands extreme finger dexterity to fully replicate the all-terrain parkour your first-person character is attempting around the stage. You will never use a gun, but other skills and sword-swinging techniques will unlock as your make your way across pits, sliding down industrial city-scapes, dodging lasers and slashing aggressors.

It’s Dredd, Ninja Gaiden, and Mirror’s Edge, with some of my beloved Titanfall’s wall-running. Each area is a puzzle, a chain that must be conceptualized fully and then executed precisely. The barriers between failure and restart are nearly nonexistent—hopping back into the fray is exactly what you want to do, and the devs here understand. The developers aren’t looking to load sides up on the plate, they have one meal in mind. One hit, one kill, one more try, you’re so close. 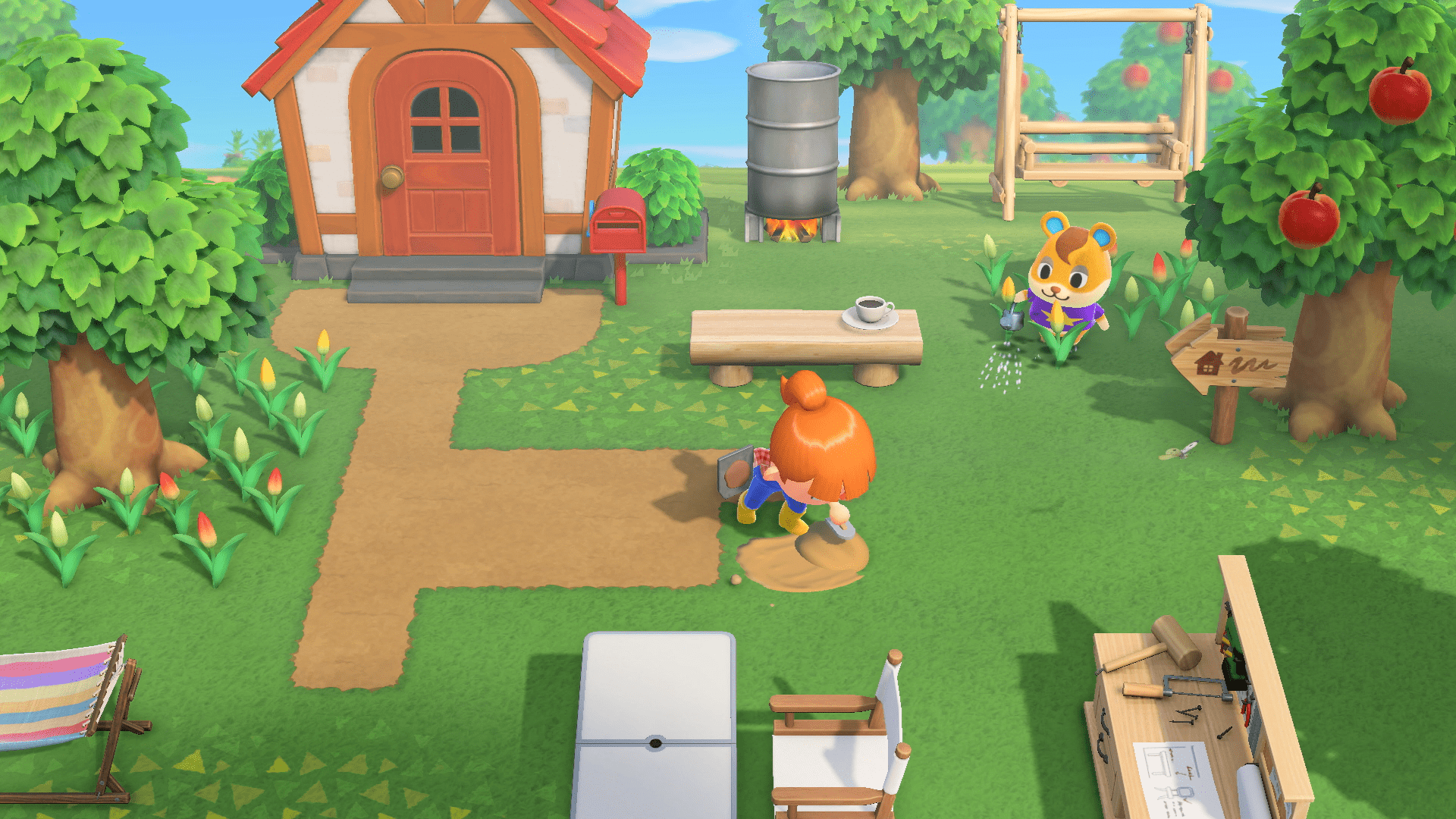 As waiting is the modus operandi at any PAX event, it’s something you settle into. Plenty to observe even when standing still; cosplay, lights, scoping the band shirts for any fellow travelers with diverse allegiances. Given the demographics, most here have a handheld console to occupy the yawning minutes.

These things have taught me to convention lightly—small bag, water bottle, and a slim novel or volume of poems for the lines. I can’t recall seeing anyone else around with a book that wasn’t bought on the floor. My friend did have an awkward interaction with Patrick Rothfuss, who should have really been prepared, as he’s rolled dice with the titular Penny Arcade on stage in these very halls, let alone his sprawling novels, which are very on brand here. Then again, my gun-loving dad also enjoyed the work of Rothfuss; he wanted to know when the next novel was coming.

Waiting in line to play New Horizons, watching the temporary employees diligently wipe down the pro controllers, extrapolating from the lack of movement before me that there are some technical difficulties but not enough to warrant coming back later, gives one lots of time to think. I was by myself which is nice at these things sometimes. It was too early to read poetry. Thought about writing letters to animals, wondered when the Gamecube Animal Crossing landed, considered the launch video for this fresh entry and its tree leaves rustling in the breeze and decided that is still my favorite new feature.

Patience paid off, but Animal Crossing isn’t really a show floor game. This was understood when I lined up, but how does one resist the temptation of tranquility. We were pressed into gangs of four, given the pitch and left to play for a few moments. It was delightful, overwhelming. Everyone who tried it had probably pre-ordered already (mentally and/or financially) if they’re capable of that kind of commitment. It’s still a game about waiting, just now for the right crafting piece, as well as scraping together the bells to build and improve every ideal structure from the previous games and a few new ones.

Later that day my partner and I waited to take some photos in a life-sized Animal Crossing diorama. For nearly thirty minutes we saw people shuffle through, wave around a little net or pose by a door. Then Isabelle showed up and I literally squealed. K.K. Slider and Tom Nook followed, and we got pictures with all three. I’m still waiting for her to edit them. It’ll be worth the while.

// Levi Rubeck is a critic and poet currently living in the Boston area. Check his links at levirubeck.com.

The Sax Always Brings Me Back