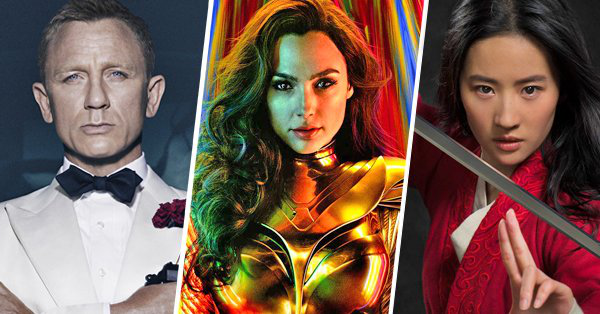 Spring and summer are just right around the corner, but when you look at it, 2020 is just getting started. The year might be halfway over, but there are still a lot of great things to come in terms of entertainment. This is especially true when it comes to upcoming movies. It doesn’t matter if you are a fan of the comedies, melodramas, or you are a bit more of a romantic, 2020 will have something for you. That being said, it is likely that the year has already brought you great joy in terms of home entertainment. If this is the case then you are going to be in for a real treat because there new and upcoming movies are going blow your socks off.

If you sat down and read the script of this movie, you would simply think that it was too good to be true. Well, you know what the most interesting thing is? It is actually true, and you get to experience it with your closest friends and family. This movie is about a 59-year-old lady played by Kristin Scott who forms the world’s first choir of women with mates in the Afghan War. You already know that the war was hard on the men and women over there, but you know nothing about what it was like for their families and their family life. That is exactly what this movie is going to cover.

If you are into thrillers, you do not want to miss this flick. This is a must-see for any thriller fan, as it really depicts some of the horrors and adversities that people face today when going out to the clubs. This movie is about a barista who becomes a one-woman justice league. She goes to the clubs, pretending to be vulnerable and helpless, only to lure predatory males in. They truly have no clue what they are in for! This movie is so horrifying because it truly depicts potential threats in today’s time. Threats for both men and women. You never truly know someone until you get to know them, so be careful how far you are willing to take things until you really know that individual.

For those romantics, you are going to love this movie. It not only touches on the romantic side, but it will tug at your heartstrings while having you laughing at the edge of your seat at the same time. This movie is about a 70-year-old British Scrabble master who is obsessed with his lost son. It seems that years earlier his son left home over a dispute between the two. He has been hunting for the boy for decades and is still trying to track him down. What’s most interesting about the story is that the man is currently staying with his younger son while also bonding with his teenage grandson, who subsequently is struggling with his own father issues.

Anyone that has been betting online with quality sports betting sites like Bandar Bola probably would have not bet on the Fast and the Furious being a big hit back in 2001 when the original debuted. But, here we are nearly 20 years later and the franchise is still going strong. Not only is it going strong, but it is going stronger than ever. It has even spawned a spin-off, but that is beside the point. This is the ninth entry to the series and this one will take place in the Dominican Republic. This time it hits close to home, as Dominic and his team must face over against Dom’s younger brother who is a deadly assassin working with an old enemy that holds a personal vendetta.

Do you think it’s easy to sing in public? You think just because you are the offspring of someone famous that you have had everything handed to you? Well, think again because that is exactly what The High Note is going to cover. This movie is about the daughter of Diana Ross, as she makes her music debut. It showcases all the trials, tribulations, and doubts that she faces as she works her way through the cutthroat business. The film stars some of the biggest names in music like Ice Cube along with some of Hollywood’s hottest like Bill Pullman. This is surely one flick that will hit home for a lot of families.

The Dream is Dead, Long Live the Dream?