“We’re all a little afraid of what we love.”

I first encountered Night Tide I think because Caitlin R. Kiernan was a fan. It was only later that I learned of the debt that we all owe to director Curtis Harrington for his discovery of an extant print of James Whale’s Old Dark House, which was previously thought to have been a lost film.

Given that The Old Dark House is one of my favorite movies of all time, that debt – for me at least – is significant indeed. As for Harrington’s own filmography, it is occupied mainly with such schlock “classics” as Queen of Blood, Voyage to the Prehistoric Planet, Whoever Slew Aunty Roo?, and TV movies like Killer Bees and Devil Dog: The Hound of Hell, which I remember watching when I was very young.

Of all his various directorial credits – IMDb lists 37, though several of those are TV episodes – Night Tide may be his best regarded, at least today, though not all contemporary reviews were so positive, with one calling it “somewhat pretentious” while another summed it up as “an arty version of a film on venereal disease.”

It was also his first feature and, as the booklet that accompanies the Indicator Series Blu-ray points out, one of the first truly independently-funded feature films in a system that had been dominated by Hollywood – and would continue to be. 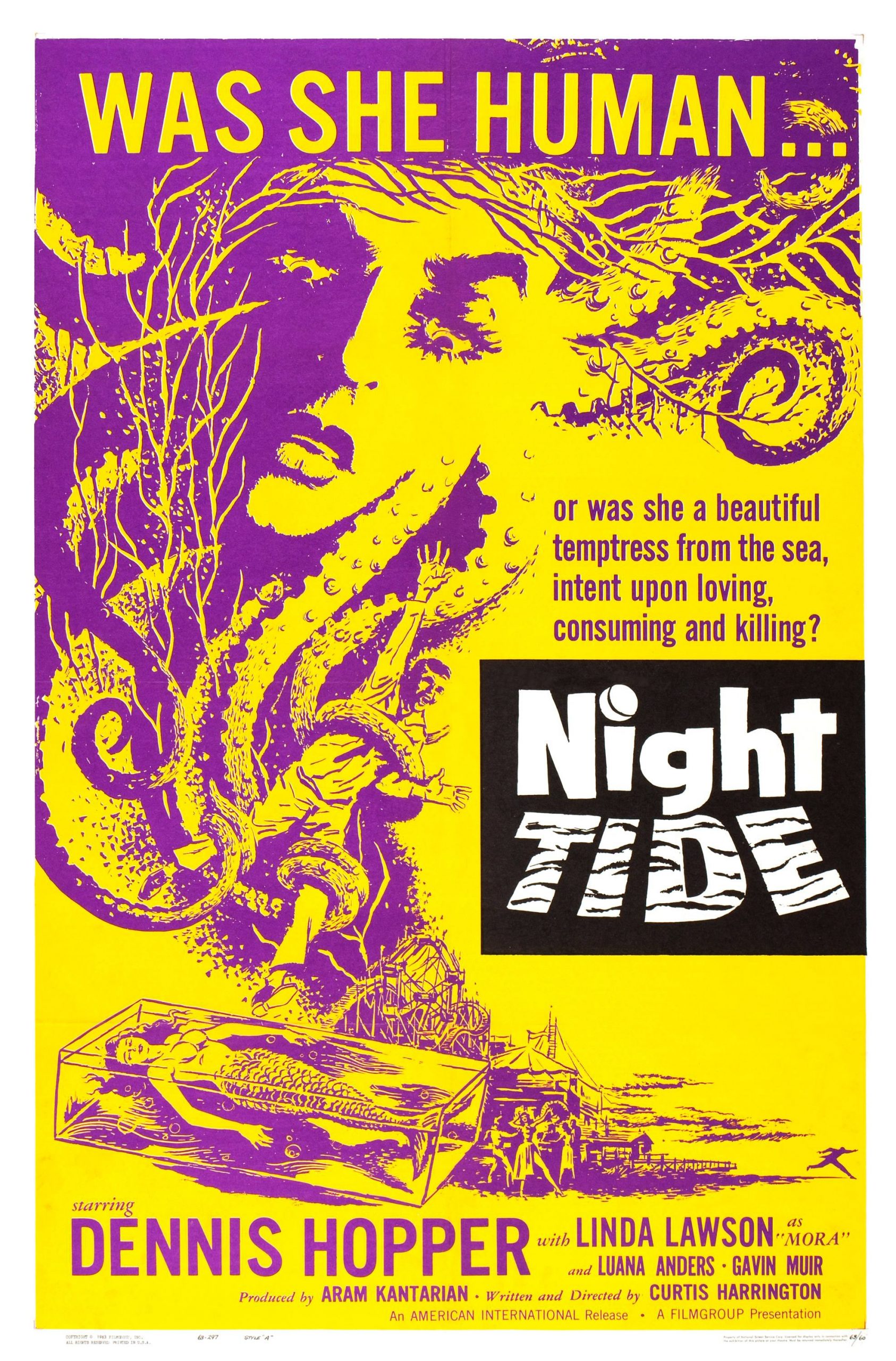 I don’t know when I watched Night Tide for the first – and, until I sat down with this Blu-ray, only – time, but it must have been a long while ago, because I’m sure that it influenced a flash piece I wrote called “The Big, Dark House by the Sea,” which, at the time of this writing, remains unpublished except for a reading of it that I did on a podcast all the way back in 2011.

Muddled up with my actual memories of Night Tide were recollections of other, superficially – and not-so-superficially – similar films like The She-Creature and its 2001 remake and all the various iterations of the films that became Roger Corman’s Blood Bath, especially those that transferred the action to Venice Beach.

Ironically, Night Tide came out right in the middle of those films. It was shot in 1961 and released in ’63. The original She-Creature film came out in ’59, while Operation Titian, the first of the films that would become Blood Bath, came out in 1963, and the proceedings didn’t shift to Venice Beach until the 1966 release of Blood Bath itself.

Yet, while those films all share a lot of commonalities – carnies and femme fatale creatures from the sea in the former, beachfront settings and the avant garde in the latter – Harrington’s film probably owes its biggest debt to the 1942 Val Lewton/Jacques Tourneur classic Cat People, which Harrington would take a stab at semi-remaking for TV, from a script by Robert Bloch, in 1973, even though Harrington himself has pointed out that the films are actually “quite dissimilar.”

As it happens, Cat People – widely regarded as a masterpiece of suggestion – is, if anything, a lot more up-front than Night Tide, which mostly forgets to even want to be a horror story for much of its running time and ultimately resolves itself primarily as a beachfront noir – albeit with a hanging question mark over the ending. 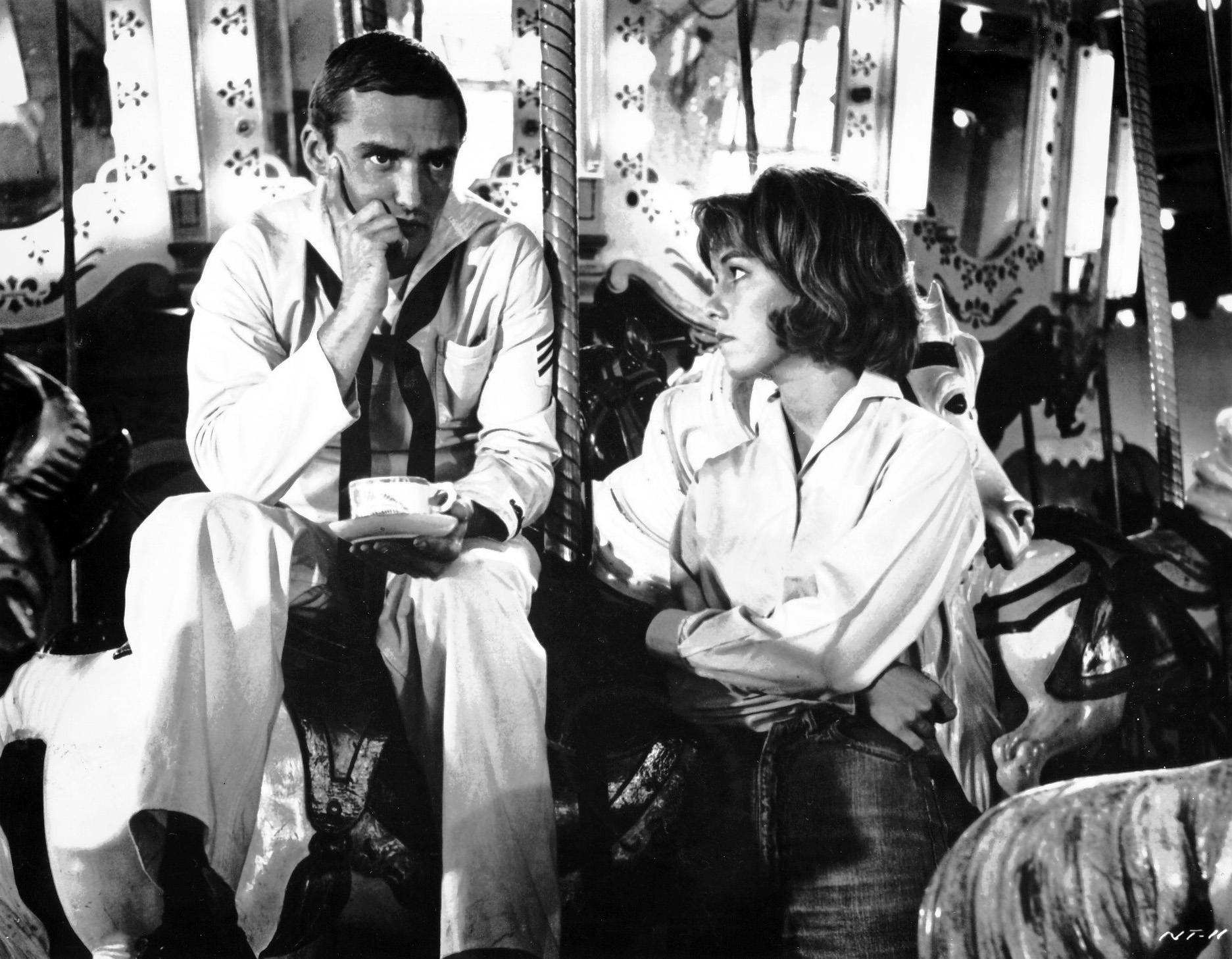 Harrington has been called a forerunner of New Queer Cinema, and despite its doomed heterosexual romance, the male gaze of Night Tide tends to fall squarely on the lithe, young Dennis Hopper in his butt-hugging sailor suit. The notes that accompany the film reveal that the suit was explicitly designed to be “very tight and revealing in a way the Navy would never have sanctioned.”

Hopper is disarmingly natural in the role, which is good, because he’s asked to carry much of the film on his shoulders, often in shots of him just strolling the boardwalk, killing time. Then there’s Gavin Muir – a holdover from the Golden Age of Hollywood – as Captain Sam Murdock, Mora’s guardian and the ultimate villain of the piece. (Spoilers, I suppose, for a movie that’s more than half-a-century old.)

Murdock is heavily – and not-so-subtly – coded as queer. “Would you like me to pound you later?” a male masseuse asks him suggestively. “Am I likely to forego a pleasure like that?” Murdock responds. 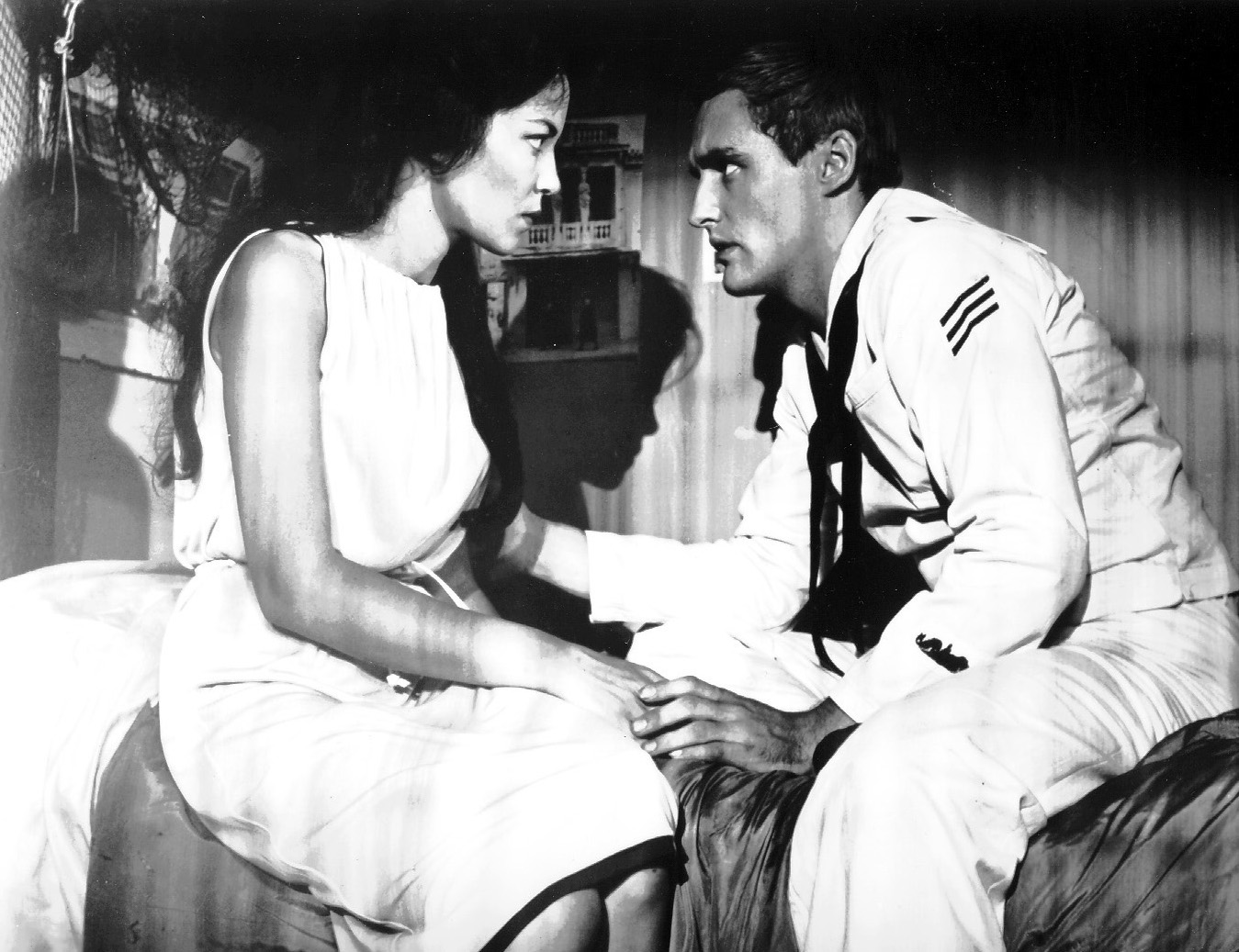 Linda Lawson, who had previously essayed a number of television gigs, plays Mora, the sideshow mermaid who might actually be a real mermaid. Real-life occultist and painter Marjorie Cameron (going simply by Cameron) plays the mysterious woman who menaces her, a role credited as “Water Witch.”

Cameron’s inclusion – Carrington had previously filmed a documentary short about her and her artwork called The Wormwood Star – is just one of the touches that help to give Night Tide’s weird tale a stronger metaphysical foundation. See also a lengthy monologue by Marjorie Eaton (Mrs. March in the Mystery Science Theater “classic” The Atomic Brain) about the symbolism of tarot cards.

Dreamy, desolate and drunk on its particular place in both space and time, Night Tide is a film like no other. Not to everyone’s tastes, but unforgettable for those over whom it casts its spell.

Stake Land: The Vampire Film You SHOULD See This Year

Wander No More/Written in the Sky