Looking at the world and finding it confusing

People talk a lot about wanting to live in a videogame’s world. I find this a baffling concept, as most everything in a videogame world, by design, is trying to kill you. Why on earth would you want to set up a life, raise a family, grow old and retire in a world full of monsters, murderers and inexplicably placed spikes? Can you imagine going to the grocery, only to bring with you a medium-sized militia’s worth of weapons and equipment and the inhuman ability to double jump over pits of death, all so you can pick up some eggs and a copy of USA Today? Why the hell would you want to live in any videogame world?

I wish I lived in Kamurocho, the fictional city of the Yakuza series.

I obviously just contradicted myself, but hear me out. Kamurocho isn’t like other videogame open worlds. For one, you’re free to walk around the city in peace; no one is trying to kill you and there’s no obstacles actively trying to impede your morning stroll. Sure, there’s a lot of randomly-occurring fist fights that happen in the Yakuza games as you walk around their world, but for sake of my argument, let’s concede that this could happen anywhere in your day-to-day life, too. Besides, the fights rarely take more than a minute to get through. Despite all the work that goes into building a lot of videogame worlds, their need to keep the player engaged at all times – usually through violence and murder – often pushes back against any player wanting to leisurely stroll around. Kamurocho largely leaves you be. 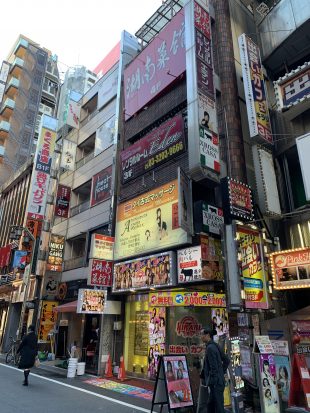 Kamurocho is also alive in a way other videogame worlds aren’t. I don’t mean in the way NPC pedestrians walk around its streets or that is has minigames littering the various interiors you can enter throughout the city. I mean in that Kamurocho functions the way a real world city does. Since the original Yakuza released in 2005, Kamurocho has shown up in every mainline game in the series. Over the past 15 years, people who’ve kept up with the Yakuza games have not only come to know Kamurocho’s streets and citizens, but have watched the way its grown, changed and adapted over the years.

The Kamurocho of 2005 and the Kamurocho of 2019 are the same place, with the same street names and buildings, but like any city, it changes too. A park in one game might be demolished in another, making way for a redevelopment project that might be finalized by yet a different game. A bar you frequented for years in the Yakuza series may finally go out of business, the building still there, but your relationship with it gone. As technology and our relationship with it changes, so does Kamurocho’s and its inhabitants’. More NPCs walk around staring at cellphones in later Yakuza games than they do an older ones. Large high-definition LCD screens have started to populate the city, finding their own place to light up the streets alongside the older neon signs.

Kamurocho takes its inspiration from a real world district of Japan: Kabukicho, the redlight district of Tokyo’s Shinjuku ward. This obviously isn’t unique; a lot of videogames take place in bastardized open world versions of actual cities around the globe. But on a recent vacation to Japan, I decided to go visit Kabukicho in the flesh, seeing how close (if at all) the world of the Yakuza games gets to its real-world counterpart. 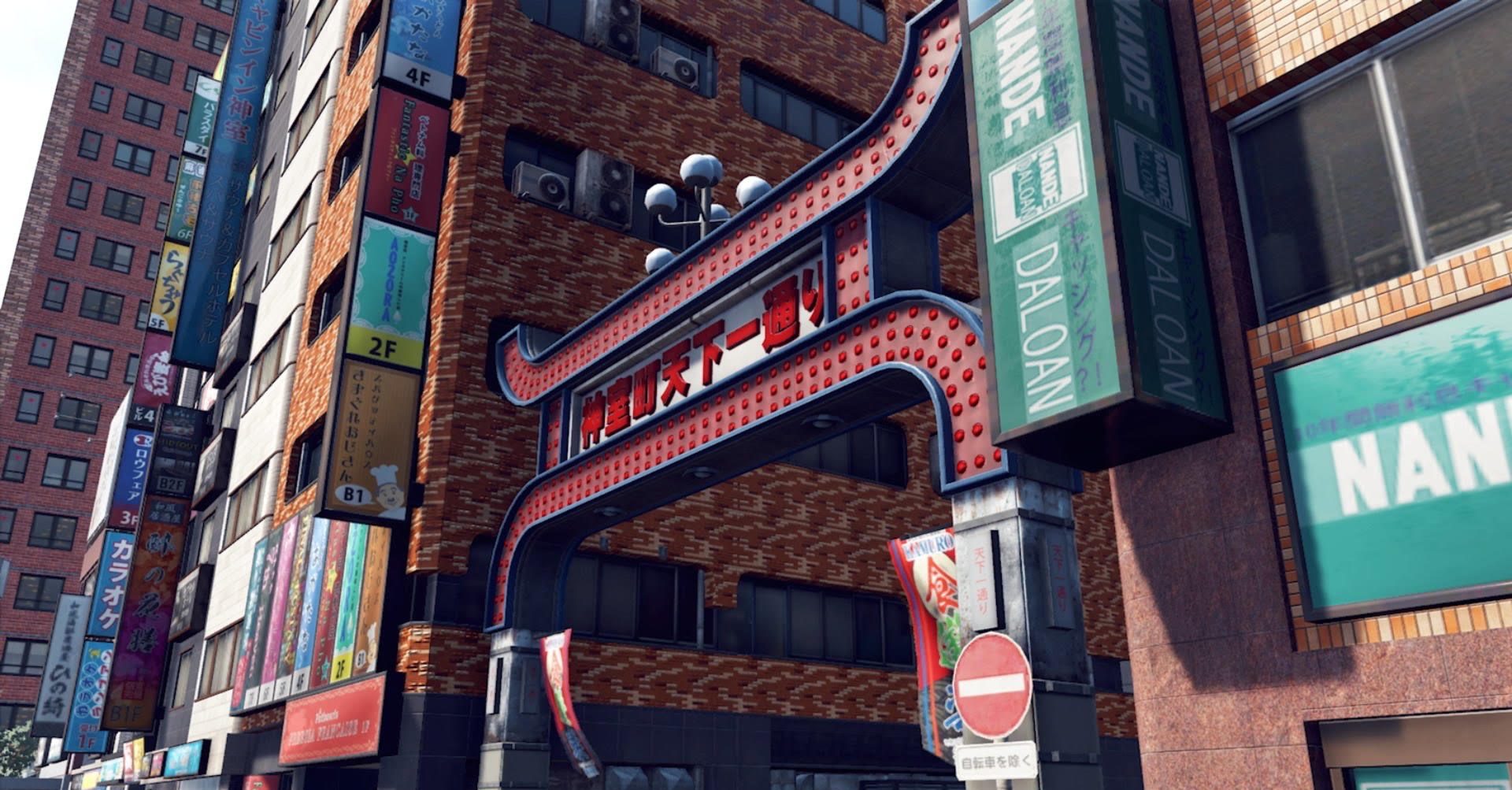 Let me correct something I said earlier – Kamurocho doesn’t so much take its inspiration from Kabukicho as it’s just a copy and paste. Quite literally, down to the layout of the city, Kamurocho is just Kabukicho. Minutes after stepping foot into the latter, I had a strange feeling that I knew exactly where I was, despite being in a place I had never been to in my life*. Standing there, I knew if I walked one street over, there would be the giant red gate where nearly every Yakuza game begins. And there it stood. I was 6,500 miles from my house, but I knew exactly where I was. 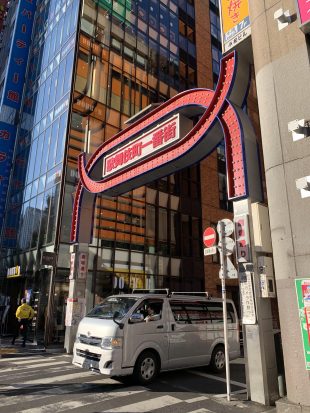 I turned off Google Maps, I didn’t need it anymore. The Don Quiote, a large convenient store chain in Japan, stood exactly where it does in Kamurocho. The restaurant across the street was there too, the distinctive rock-like facade only slightly different than how it appears in game. At the end of the street sits TOHO Cinemas Shinjuku, exactly where I thought it would be because of the theater that sits in the same place in Yakuza 6 and spinoff game Judgment. I found love hotels exactly where I thought they’d be, the building where the in-game bar Serena is, and even specific alleys. I was in Kamurocho.

They even feel the same. Streets were dominated by people walking under the hundreds, thousands of neon signs that hang from each floor of each building. It was so loud, the sounds of people everywhere mixing with the sounds of construction, music and traffic. Somewhere, a pachinko parlor blared the most cacophonous sound of gambling machines and J-Pop every time its automatic door opened to let someone in or out. And it was as seedy as every Yakuza game would lead you to believe. Multiple bars were seemingly in every building, porn shops with private rooms and love hotels were everywhere the eye could see and men who dress a lot like the characters of the Yakuza games walked around the streets like they own the place. Which, you know, maybe they did, though the city has been clamping down on Yakuza activity over the past decade or so.

I am not the first person to write about the similarities between Kabukicho and Kamurocho. Admittedly, it’s been written about so much that I almost didn’t want to do this piece at all. But there was an unshakable feeling I had on the streets of that ward, something unusual it took me a little while to wrap my head around. For perhaps the only time while I was in Japan, I didn’t feel like a tourist. It feels stupid to say but I’m going to say it anyway: in a way, I felt like I was home. I’ve spent years now walking around the same streets of Kamurocho, watching it evolve and grow from Yakuza game to Yakuza game. 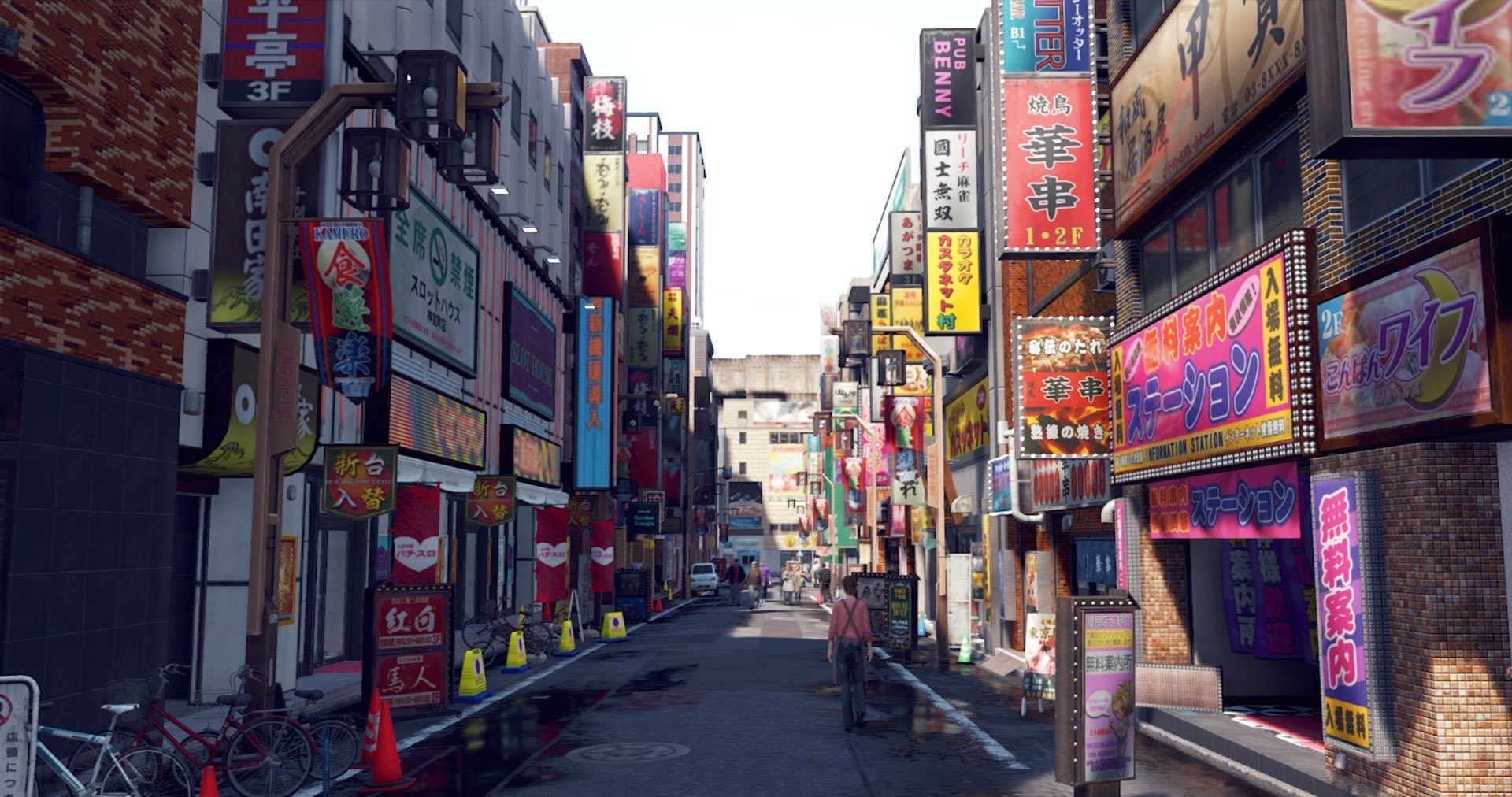 I don’t wish to experience this ever again. To find out Novigrad, or Hyrule, or even Los Santos were real would be terrifying. They’d be certain death traps should I be so dumb as to even step foot in them. I’ve driven in Los Angeles, I would know. To find out Kamurocho was real, a rare example of a videogame world that doesn’t actively try to kill its player at every turn, to know it wasn’t some small, bastardized version of the ward it imitates – something that could only be exciting for Yakuza fans living outside of Japan – was unique, special. It’s not only a place I can actually go to, but a place I know inside and out. It was familiarity in the foreign, a few miles I know in a country I don’t.

*This actually happened to me one other time. A few years ago, when walking around Georgetown University’s campus in Washington D.C., I noticed an alley that, despite having never been there before, looked strangely familiar. Upon walking down that alley, I realized I was standing at the top of the famous stairs from The Exorcist.

Blake Hester is a Kentucky-based writer focusing on the videogame industry. His work has appeared on Polygon, Vice and Rolling Stone. Keep up with him on Twitter @metallicaisrad.

Pathologic 2 and the Anatomy of a Metaphor