September marked the 25th anniversary of my favorite record of all time, R.E.M.’s Monster. With a deluxe reissue due in November, I could easily write about it again next month. But for now, I just want to touch on one of the many remembrances that have sprung up on the internet over these past few weeks.

Most of them are fond and full of sentiment, which of course I endorse wholeheartedly. But they start to sound the same after a while. This particular one, though . . . well, I can’t get it out of my head.

The piece, on some blog called “radical eyes for equity” and shared by the band’s official Twitter feed, mixes Monster and parenting, which at this point are probably the two most potent ingredients for a Rookie of the Year nostalgia WMD.

The blogger, plthomasedd, writes about playing Monster in his car back in the day with his young daughter, who, as she was wont to do with so many songs, would hilariously and erroneously call “What’s The Frequency, Kenneth?” “Dog in the Sink” due to a misheard lyric. 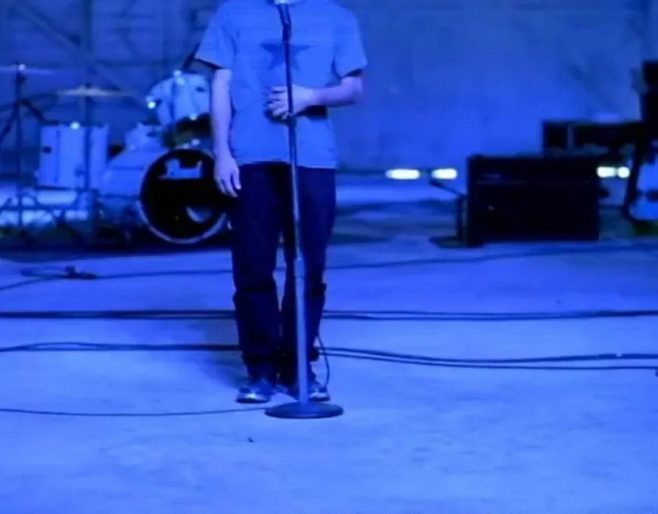 His daughter is all grown up now, and she’s no longer there, no longer visible to him in his car’s rearview mirror, singing along with his tunes. He’s become a grandfather, and, wistfully, he writes this:

My daughter used to come down stairs and repeatedly run and jump on me on the couch. She was rambunctious and laughing. But I was too often easily exhausted by that.

It deserved more. It deserved the same care and attention as those times we spent in the car, me playing songs she requested and her eventually telling me to stop singing so she could.

I was too easily distracted in my 30s and 40s: ‘Getting and spending, we lay waste our powers’; squandering, I would add.

I am better now in some ways. I will sit on the floor with my grandchildren, even when it is exhausting and even when I know it will last only a moment before they are off to something else.

I have sat hours quite still with each of those grandchildren in my lap, sleeping or watching TV or their iPad. I used to joke I was my granddaughter’s recliner.

Michael Stipe has often told the story of what his grandmother believed R.E.M. stood for: Remember. Every. Moment.

I always saw it as a cute Little Old Grandma story, but as I’ve gotten older, I appreciate the message more and more.

I hate thinking about it for too long. I question, constantly, whether I’ve spent enough time in my moments. If I’ve gotten everything I could out of them.

When we took our sons to a LEGO exhibit recently at the New York Hall of Science, there was a play area at the end, and our eldest, Jacob, played there for hours, often camped out on the floor, painstakingly arranging and rearranging pieces on his “ultimate” flying car. I helped with a piece when I could, and when he came by a couple times to show off his work, I pretended it was the most awesome thing I’d ever seen. In truth, I’m not so sure I was actually pretending. 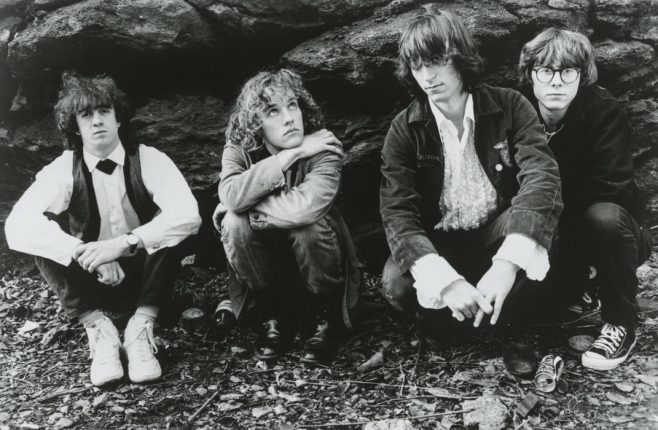 But being enthusiastic for him was the only thing I could really do. I couldn’t squeeze any extra marrow out of those moments. I needed to let him play on his own or with other kids, to only come to me when he wanted or needed. So I played games on my phone, eyed him from across the room to make sure he wasn’t being kidnapped and kept his water bottle full. You know, dad stuff.

As I said, I don’t like to think about missing moments too much. It has a way of triggering dark thoughts about death, a topic that haunts me from time to time and which I’m best simply avoiding entirely, whenever possible.

But this essay I found, written by a stranger and inspired by a quarter-century-old record we both love, spun me in a surprising direction.

After reading it, I didn’t feel quite so guilty or sad or worried about being an older dad. I’m 41 and my kids are 4 and 1. It’s easy to think about what I might miss in some hazy and uncertain future, let alone the present. That’s something that often weighs on me like it does in some ways for this grandpa blogger.

But here I suddenly saw my age as an advantage. I might not succeed in making every moment count, but I’m hyper-aware of them. I’m continually taking photographs and writing about our adventures. My fear over missing out is far from ideal – my OCD mixed with my journalist’s need to document everything heightens my anxiety in certain situations – but it’s also what helps me hold on a little bit tighter. Tighter than I might have 10 or 20 years ago, when, in some ways, time was easier to take for granted. It gets me lying on the floor and contorting myself to make my youngest son, Peter, laugh even when there are a million thoughts and plans and ideas and stresses circling in my head. It forces me, too, to realize when I fail to do that – and boy, do I fail a lot – and that when I do, to redouble my efforts not to fail again the next time.

In the last 25 years of being a music fan, the past four of them as a parent, I’ve discovered a million new bands and records. Still, I do play Monster now and again. And while I didn’t get to sing along to it with my kids in the car back in the mid-90s, I do have something small and coincidental and poetic in common with this blogger who loves my favorite record, too, but whom I’ll likely never meet:

It just so happens that Jacob, like the blogger’s daughter once did, has the name of my all-time favorite song all mixed up.

“Play ‘Rock and Roll!’” Jacob calls to me, beaming.

Then, because I know exactly what he means, I turn on “What’s The Frequency, Kenneth?” again, pick up Peter who’s crawling at my feet, pump up the volume and, for a few precious moments at least, the three of us Marrone boys dance.