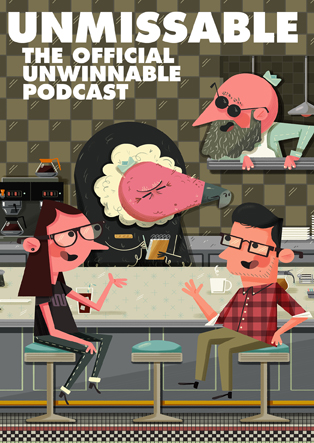 It’s back to television this week as David and Sara discuss The Terror on Unmissable! Listen as the gang talks about the fate of the Terror and Erebus, then gets right into Japanese internment camps and bringing your demons with you. Then, when the gang Rings the Bell, Sara extols the virtues of yakisoba, while David recounts his Red Lobster outings. Order up!