Maybe it’s a holdover from my D&D days and the joyous retelling of sessions with “hard-ass” DMs, but creating a story from living interaction is intoxicating. Videogames have had a harder time with this than their pen and paper counterparts. Buzzwords like “procedural generation” and “emergent gameplay” are all fine and good, but if your game doesn’t make fond memories, it will fall back into the clatter and clank of my mind. To that end, the games I enjoy most are the games that make for good stories.

Dwarf Fortress and RimWorld are two of my favorite examples. Another entry in this list would be Space Station 13. I have not personally played Space Station 13, but I’m kind of a junkie for the stories it creates. It places several players on a space station with different jobs that they have to perform to keep the station going. There’s also a traitor mechanic in place, so you never know if someone is a friend or if they’re waiting to take you out.

At this point, SS13 is over sixteen years old and tied to a game platform called BYOND. It’s kind of a hassle to get going and to say it looks dated is being kind. For this reason, there has been a boatload of attempts to clone the game or remake it. Most of them have not done very well. However, a game called Barotrauma recently entered Early Access on Steam. Greatly inspired by SS13, Barotrauma takes the same formula and throws it into the frigid waters below the surface of the moon Europa. The graphics remain 2D, but for this game, they are from a side view and make for submarine experiences that are reminiscent of Wes Anderson’s models from The Life Aquatic with Steve Zissou. 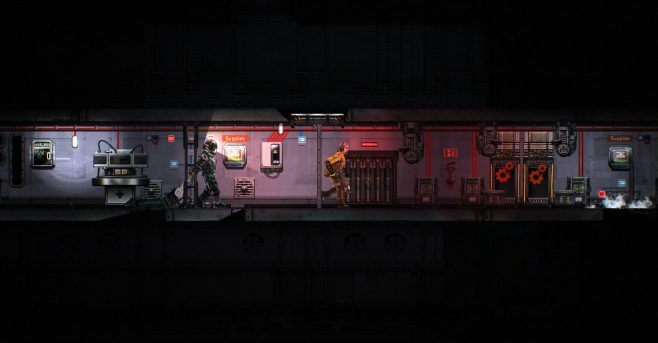 When you start a game, you are given a list of jobs to rank in order of preference. Each job is different and has different responsibilities. For instance, the captain maneuvers the boat while the engineer provides power and deals with wiring. You can also play as security, mechanic or doctor, each having notably different duties and play styles. Once all players are ready, the game assigns jobs based on ranking and places you on your chosen ship. Whoever is hosting the game is in charge of purchasing supplies and taking missions. After the mission details are set and all supplies purchased, the captain takes charge of the voyage.

As I mentioned, each job is different and very time-consuming. The captain has to manage sonar and steering, which is much tougher than I imagined. You see, under the ice of this alien moon, there are terrible creatures. You mostly want to avoid any sort of alien life, but they are drawn to active sonar. Being the captain requires you vary the use of the different types of sonar to minimize the amount of attention your ship draws. Captain, to me, is the most nerve-wracking job.

A close second is the engineer. The engineer has to work in close contact with the captain because they control the amount of energy being fed to the ship. This value fluctuates wildly depending on what’s going on. The weapon systems require power to work, as does the engine and all of the rest of the ship’s systems. Not every system is needed all the time, nor would it be wise to always run at full power. So, the engineer ends up monitoring the reactor most of the time and filling it with new energy rods when needed. A large portion of the smaller repairs to most systems can be done by the engineer or the mechanic.

The mechanic is in charge of, you guessed it, mechanical systems. This includes patching up systems and maintaining the hull. While the engineer has the reactor to look after, the mechanic often gets tasked with doing the lion’s share of repair duty. I’ve also discovered that when I play mechanic, I’m usually the one who discovers the stowaway alien jerks. This brings us to the security officer. 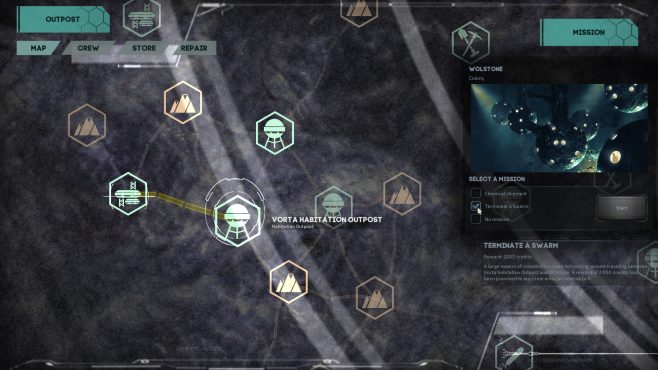 The security officer is in charge of stopping monsters from destroying your ship. This includes the human and inhuman kind. The officer and captain both have access to the ship’s armory. In the armory are weapons and armor, plus a few accessories. Since the game also includes an optional traitor mechanic, you’ll find handcuffs here as well. Obviously, traitors (or very stupid players) are a force to be reckoned with, but dealing with underwater alien threats will likely make up a bulk of what the officers do. These creatures will attack your ship, some of them boring into the hull until they flood compartments and come aboard looking for murder. At that point, you have to kill them with melee or a firearm. If detected outside, most subs are equipped with different mounted cannons for defense. Either way, fights are dangerous and that brings us to the final class.

The doctor is interesting. You have access to all of the medicine and can make more from different chemical compounds. With some experimentation, you can synthesize some pretty crazy drugs and other… compounds. On top of this, you are tasked with keeping the ship’s crew healthy. You’ll end up treating a range of issues, from burns to alien infestation, and you have to do so without killing your patient. It’s harder than it seems.

All of these job roles, and sometimes multiples of them, work together to keep the ship together and your insides on your inside. Other than the obvious threat and terror of alien attack, there are tons of ways to die in Barotrauma! Again, I love games that tell stories. So, to illustrate a few ways to die, I’ll tell you a quick Barotrauma story.

The shortest voyage we ever did was a delivery mission. We set out with a crate of medical supplies for a port not that far away. I was the captain and I was playing with three friends. My friend Eric, playing as the mechanic, comes over the comms: “What’s this box on the floor? OH MY GOD IT’S NITROGLYCERIN!”

At this point, my screen shakes and shockwaves rock the ship. Where Eric was, in the compartment behind me, is now a giant hole. I run to the emergency supplies cabinet, throw on a mask and make for the next room. The ship is sinking at a very, very alarming rate. By the time I reach the door, I see all of my remaining teammates, and my character, explode from the pressure.

Freedom is the Lance