My family was never a pet family. Neither my mom nor my dad had pets growing up. I had a fish tank for a while, but I file fish more under “decor” rather than “pets.”

Pet people often expressed a startled dismay at the idea of life without pets. I understand. I assume it is similar to the shock I feel when I meet people who don’t cram every surface of their home with books, a sort of puzzled suspicion out of Invasion of the Body Snatchers, coupled with an overwhelming urge to ask, “But how do you go through life like that?”

The answer, of course, is just like everyone else. You don’t miss what you never had – it is as true for pets as it is for religious faith, cocaine or a free and equitable society.

There was a period of time I would have been delighted to have a hedgehog as a pet, but that was long before pet hedgehogs were widely available in the States. I considered getting a rabbit once. I had a coworker who had a litter-trained pet rabbit. He would leave for work in the morning by the back door, but come in through the front because the rabbit was so attached, it would sit flush against the door all day waiting for him to return.

A year or so later, I made the more conventional decision to get a cat. I loved that cat. She glared like no other. About ten years after that, I had to put her down, which was such an awful, gutting experience I swore I’d never have another pet. A few years later, I got another cat. He’s still around, alas. We don’t get on.

Despite not relishing the experience of sharing space with the current cat, I still appreciate him after a fashion. He doesn’t give a shit that we don’t get along. He’s quiet. I leave him alone, he returns the favor. It is an enmity tempered by something resembling mutual respect, I suppose. It is certainly more clear cut than a number of human relationships I’ve had.

I have never once considered having a dog. Dogs are loud and needy and have an endless reservoir of enthusiasm for everything. I would rather live with a haughty enemy than be subjected to that kind of slobbering, unconditional love. It’s undignified.

Except for one dog. One perfect, wonderful dog. 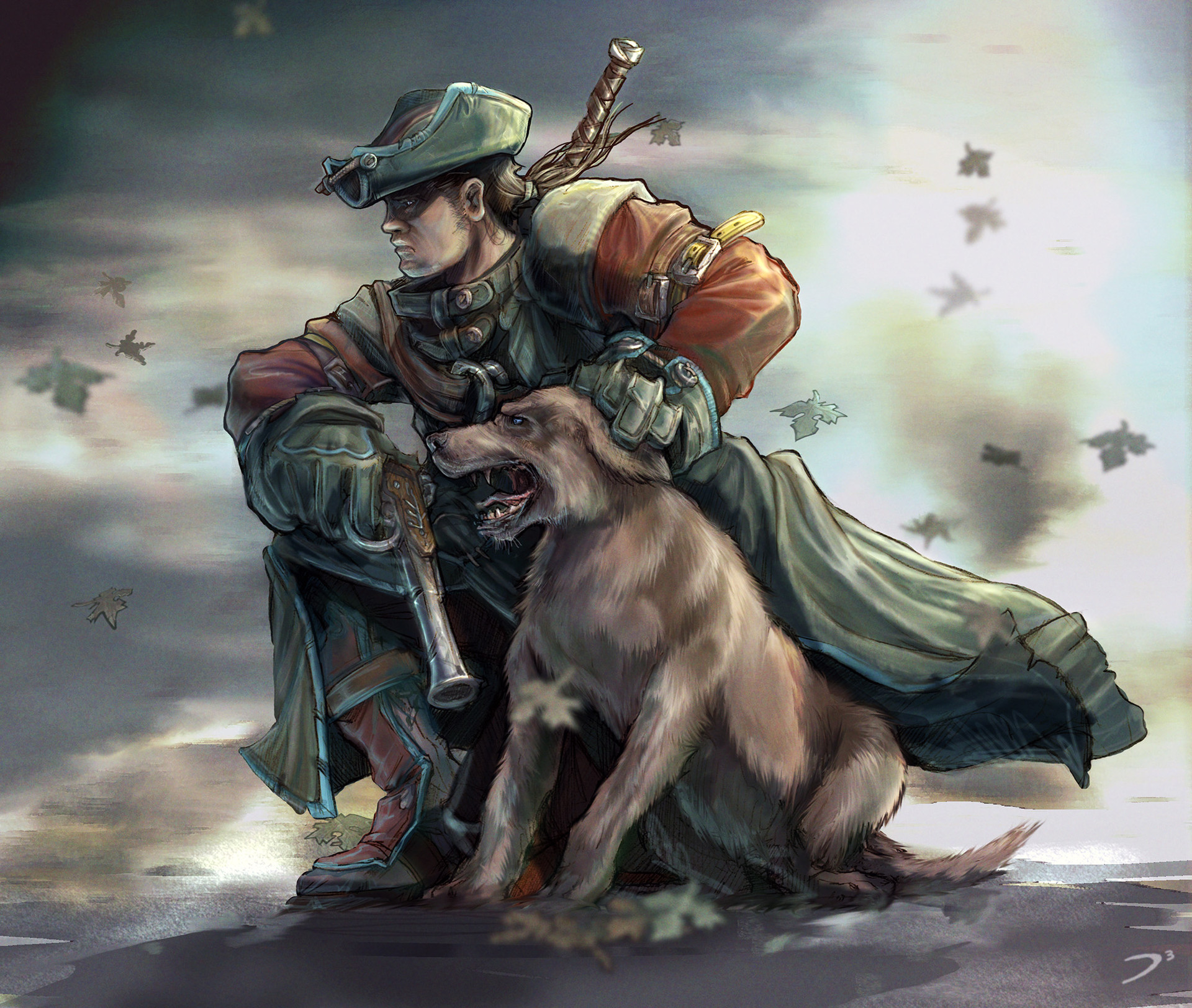 Your character befriends the dog as a youth and it becomes your constant companion throughout the game. It attacks your enemies, learns tricks, sniffs out treasure and is generally about as amiable a fellow traveler as you can imagine.

This is actually no small feat. Up to this point, videogame companions were the worst, getting stuck in walls, dying at inconvenient times and generally deserving to be consigned to the special place in hell reserved for those who hinder while attempting to help. That the designers of Fable II created a dog that in all three of my playthroughs never once became an annoyance is nothing short of miraculous.

It never gets in the way, or requires you to tug on its leash – its is there when you need it and off chasing rabbits when you don’t. It can’t be killed in combat, though it can be injured, limping around and whimpering miserably until you heal it. This works as a strong motivator – for extreme violence visited on whatever opponent dared hurt your dog as well as for self-improvement, to make sure your skills prevent the dog being put in similar danger ever again.

The bond you share is powerful in other ways. Fable II has a novel system whereby your appearance changes to reflect your actions – evil actions will eventually get you horns, good ones a halo. The dog changes with you, sporting a midnight black coat to match your horns, or a shimmering gold one for your halo. This is billed as a way to play the game on your own terms, but I suspect that is a white lie and that the linked metamorphosis is intended to moderate your more nefarious impulses. Similar to combat and injury, the metamorphosis fosters a broader protective instinct for the dog. I may fancy horns for myself, but I balked at having my dog change into a hell hound for my sins.

The dog is the best thing in Fable II. Aside of Russel Shaw’s magnificent score, which has become a background mainstay for my tabletop RPG sessions, every memory I have of the game involves the dog. Particularly regarding the storyline. 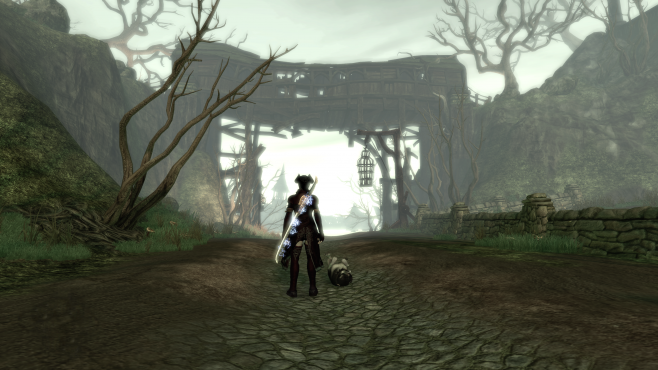 It was a given, of course, that the dog would die, killed, along with your family and thousands of others, by the villain. The killing of dogs or cats in movies is well known for being a cheap and manipulative ploy to get an unearned emotional response from the audience, so of course videogames, that most anemic of storytelling mediums, would stoop to such a dirty trick. Fable II telegraphs it from the very beginning of the game by making it unkillable in regular combat, the opposite of plot armor.

What was a surprise was how much I loved that damn dog. When the villain shot my dog, my god, I’ve never been so enraged by a videogame. Not at the creators for employing such a cheap and obvious trick. Because the trick worked. After so many hours traveling with my dog, my anger was aimed squarely where the developers intended: at the villain. More than a decade later, I suppose I should be galled at being such a rube, but I am not. I love that dog. I hate that villain. I played the game through three times because killing him once wasn’t enough. I just watched a video of the cutscene where it happens and I am itching to kill him again.

There is no grand boss battle in Fable II. At the climax of the game, while the villain is giving the typical maniacal speech justifying his actions, you have the opportunity to shoot him. All it takes is one bullet. Just like your dog.

In the epilogue, you are given a choice of magical reward. “Wealth,” the stupidest of the choices if you’ve been playing Fable II’s real estate market, gives you a million gold. “Sacrifice” brings back to life the thousands of innocent people the villain murdered over the course of the game. “Love” brings back your dead family, and your dog. I suppose this choice is meant to give you pause, weighing the desires of the one against the injustices suffered by the many. I suppose, again, more than a decade later, I should feel some regret about my choice, but I don’t. Every time, I chose my dog. I bet the vast majority of other players did, too.

I love that dog. And only that dog.

The Space Between Lacks Meaning in Its Metaphor

Finding Worth in Space Servitude