Last year, at the height of my second obsession with the gloriously not great game Payday 2, I was stuck wanting to play without having anyone from Team Unwinnable online to play with. I would rather chisel off each phalange of my left hand one at a time rather than play with random strangers, so I opted to find a map I could solo.

If you didn’t know, Payday is a first-person team shooter about heists. Most maps are designed for at least two players and the game probably works as intended with a team of four (I say “as intended” rather than “best” because each scenario assumes a general disregard for clever planning and an enthusiasm for inevitable over the top violence that seems at odds with actually be a successful armed robber). There are usually a series of objectives that need to be completed in order. You will spend a lot of time moving bags from one point to the next, usually under heavy incoming fire from the endless waves of militarized police officers.

I eventually settled on the diamond store as the ideal solo map. It is lucrative, has the requisite number of security guards (you can only murder four security guards before their dispatcher gets suspicious, so a map with five security guards likely guarantees that the cops are going to show up in force eventually) and it is straight forward – one storefront, two safes, two ATMs.

The problem with the diamond store is that there are about two dozen civilians on the map – a dozen inside the store, seven or so placed in static public places and another four or five roaming around randomly – and even powered up, you only get six cable ties to secure hostages. The intention here seems to be to have a team of four (six cable ties each) that is patient enough to round up and secure all the folks on the map before loading out the jewels to the getaway car. There is a much more elegant solution, though: murder everyone.

Now, the game expressly disapproves of this strategy. Every time you murder a civilian, you get hit with “cleaner costs,” a hefty penalty to your bank account. You also get a lecture over your two-way from Bain, your obnoxiously-voiced operations guy, about how civilians are a valuable resource and if you get caught the cops are going to never let you out of jail, blah blah blah (this contrasts amusingly with his end-of-caper congratulations, which is usually a variation on “great job, that’s how you do it!” regardless of the size of your mass murder). Still, despite this, indiscriminate murder takes a laborious heist and makes it doable by one person in about fifteen minutes.

The murder run soon entered heavy rotation when I played with my Unwinnable colleagues, generally as a warm-up. I’ve done the diamond store heist so many times that the game penalizes me. There are so many other maps on which to murder civilians, it seems to say.

Recently, Unwinnable’s David Shimomura convinced me to start playing Rainbow 6: Siege, a game with better shooting feel than Payday 2 and none of the charming stupidity. Which is not to say Siege is not stupid. It is. It just isn’t charming. 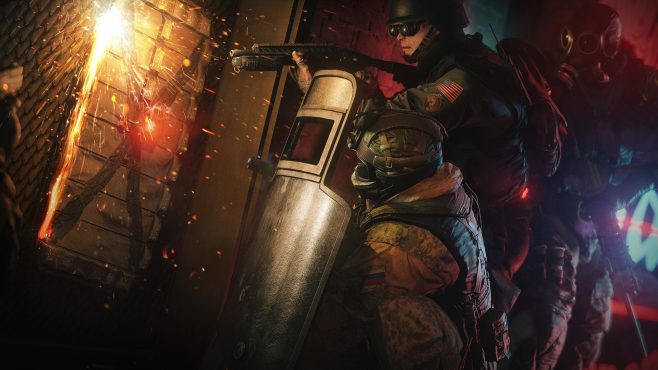 Siege desperately wants you to play it seriously. You can have teams of up to five operators who take on four flavors of missions: bomb disarming, hostage rescuing, hostage protecting and general bad guy extermination. Each character has a special gizmo that is supposed to give them an edge, though about half of them seem only suited for player vs. player matches, which, no thank you. The ideal way to play the offensive maps against the computer is to approach them using a videogamified notion of the tactics a real spec ops team might employ, like using drones for thorough recon, stacking up at doors, clearing corners and so on. To underscore this, health bars are fragile things, there is no healing mechanic and headshots are instantly lethal.

David and I disregard all that, and we’re terrible at the game because of it.

This is partly because the game cheats. The hitbox for that instantly lethal headshot is smaller than the enemy’s actual head. Enemies routinely know where we are and the best way to approach us. They can see through walls – I’ve watched many a kill cam precisely track my movements through the wall before taking me out with a headshot the millisecond I appear in the door frame. The game is cheap, as well. Enemies camp extraction zones or enjoy lemming-like spawn rates when attacking timed objectives. Most levels have at least two sappers who can soak up an ungodly amount of damage as they run toward you to explode. They come equipped with a powerful assault rifle as well – it is a specific kind of humiliation to get gunned down by a guy covered in explosives.

Even if the game didn’t stack the odds in its favor, I doubt we’d play “correctly,” because that seems like a terribly tedious way to play a game. It is more fun to give the game’s intentions the finger and play how we want to play. Winning a mission is almost always underwhelming; winning one efficiently even more so: our main reward is shooting and throwing grenades at each other after we’ve got the victory condition. With no real incentive to win, so give me a ridiculous death any day. 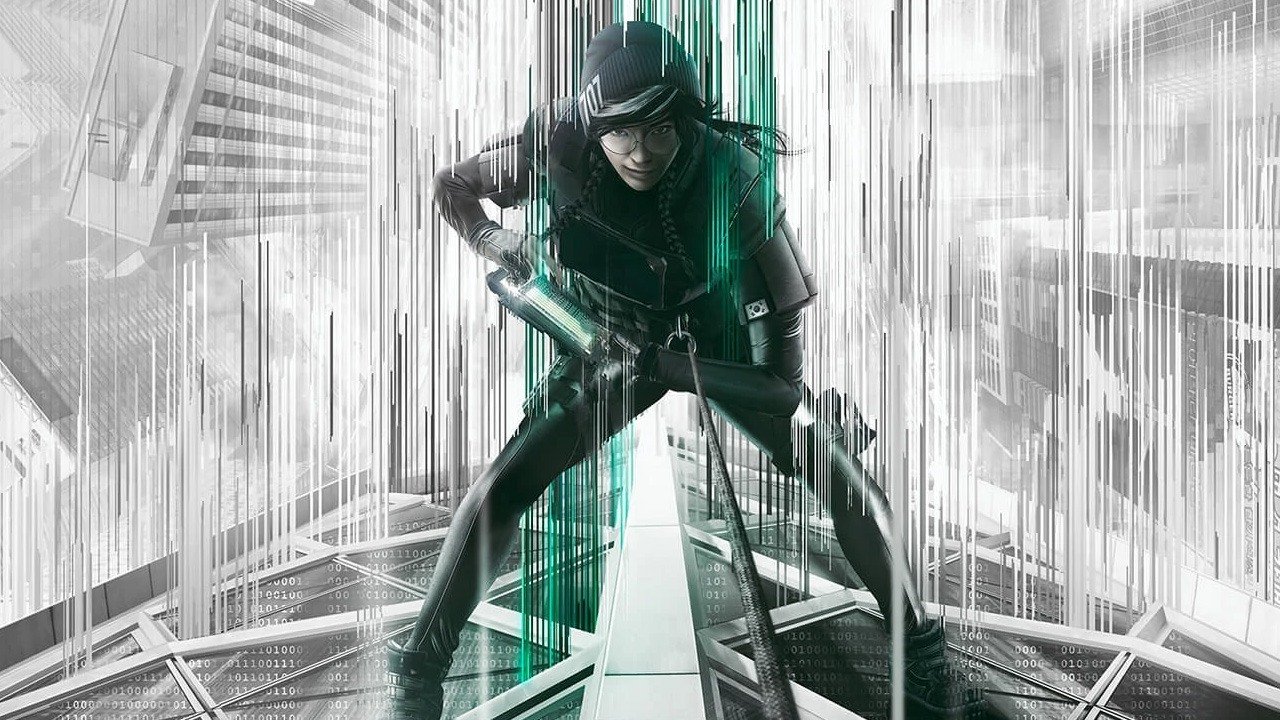 And so we refuse to play the game on its own terms. David takes the rooftops while I just go in the front door and see how long I can last. Friendly fire is a given, as is “accidentally” wandering off into the room full of primed C4 charges. I can’t tell you how many times I have held onto a live frag grenade until it detonated rather than play the disarm-the-bomb missions (partly, I think, because the voice over at the start of the mission says to find a disarm the bomb, singular, while the interface clearly shows that disarming two bombs is the objective).

Lately, in the defensive protect-the-hostage missions, we discovered that placing metal shields just outside a door and then sealing it messed with the game’s AI. We spent hours testing exactly how, eventually determining that the game will tolerate one such barrier, but will attack with out of proportion fury if we attempt to completely seal the room that way. We were actually pretty good at the defense mission before we started trying to break the game. I don’t think we’ve won one since.

I can think of no prospect more boring than being good at Siege. When we’re in the middle of a good run, we get quiet and serious and cautious. That’s the last thing I want. Watching David’s rag doll corpse get tossed across the room at the exact moment I say “Wait, bomb!” is where the gasping, hysterical laughter resides. Developing prowess may appeal to some, perhaps even most, but I prefer to play the game where “I got the bomb guy!” doesn’t mean I shot him, but rather that we’ve both been blown to smithereens.

Not So Happy Mothers Day: The Tale of Anna Jarvis