Soccer and music have the power to bring people together, and when combined they are even more powerful. The tradition of choosing an official song that accompanies the players on the field during a World Championship dates back to the 1962 World Cup, in Chile, when “El Rock del Mundial” by Los Ramblers was chosen. From then on, it was hymn after hymn.

Not only these songs have been the soundtrack of the most exciting sports actions, but they have accompanied the fans during their trips to the stadium, during their celebration parties for the favourite team. Soccer and music goes hand in hand – and that comes very natural to anyone who follows the game with passion, watches games and even place bets online via legal paypal betting sites.

But let’s talk about the 5+1 best songs ever played on World Cups and which is the motivation for which they have been chosen. Rhythm, relevance, but above all the intrinsic messages contained in the various lyrics are the main criteria.

This was the song from which everything started. Without the Los Ramblers, there would have been no music created specifically for the World Cup. It became an immediate success in South America, selling more than two million copies and being the most sold single in the history of Chilean music. Jorge Rojas, director and pianist of the group, composed the song in 1961 with only 23 years of age, writing the lyrics in three days and composing its music in just one. 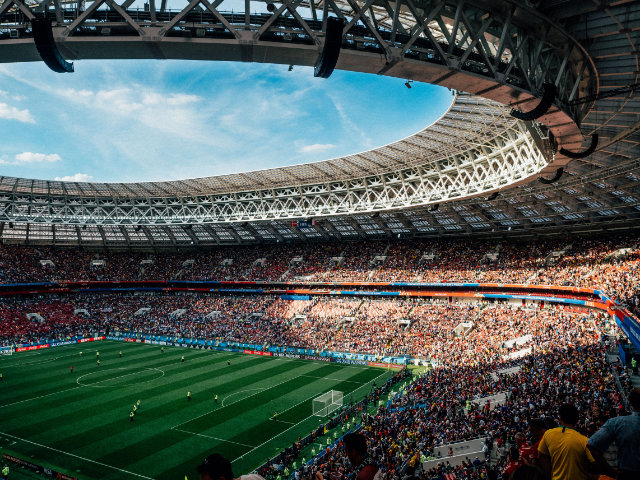 This is one of the most loved songs among all those composed for the World Cups. Its words invite the listener to pursue his dream because everything is possible. From January to September 1990, the song was the first in the Italian charts. There is also a Spanish version sung by Susan Ferrer and a Cantonese cover version realized by Alan Tam with the title “Ideals and Peace”.

Although this song was not part of the official FIFA compilation, “Wavin’ Flag” turned into an alternative hymn. Many fans think this song is more catchy and has a more positive message than Shakira “Waka Waka” s, official hymn of the 2010 World Cup. This is an independent song, but the official anthem of one of the main sponsors of the event, a sparkling drink that surely you all know.

After the unofficial hymn, let’s talk about the official song of the 2010 World Cup. Shakira’s stage performance and dance was probably one of the main reasons why this song became so popular around the world. But we cannot forget to mention that this the lyrics and the rhythm perfectly represents all the vibrant energy and positivism of the African continent. It became the best selling World anthem in history.

If you want to identify why at a certain point, at the end of the Nineties, it seemed that all the charts were dominated by Latin American music, the “fault” should be searched in the World Cup of France in 1998. For instance, Ricky Martin’s Latin dance style obtained a resounding and imposed success that will be found in several successive hymns. This was the first hymn to stand out from the others due to its unique and captivating sound. When you think about the music of the World Cup, this is definitely one of the first tracks that come to mind. Since the world debut of “Copa de la Vida”, no other World Cup anthem has ever been able to get to the energy of this song.

This song tells how each of us can create a better world, working as a team. The powerful message of peace and unity is what makes this song one of the best. However, this hymn is probably one of the most criticized ones, too. Some think that the musical level reached an absurd standard by putting together the opera group of “Il Divo” with the R’n’B singer Tony Braxton. Moreover, you have to wait until half of the song in order to hear the rhythm really picking up. Maybe a little lacklustre for a World Cup song.

Not So Happy Mothers Day: The Tale of Anna Jarvis