This column is a reprint from Unwinnable Monthly #13. If you like what you see, grab the magazine for less than ten dollars, or subscribe and get all future magazines for half price.

I’ve recently made it to the center of the galaxy, thus finishing the first leg of my months-long Elite Dangerous expedition. I’ve not really been playing much else in the meantime, but I can see From Software’s Sekiro: Shadows Die Twice just over the horizon now. That will undoubtedly prove to be my next obsession. My Elite Dangerous trip has been equal parts exhilarating and mundane. It’s still an excellent way to while away a few hours. So here are some observations straight from my commander’s logbook.

What a glorious expedition this will be. Pilots from every part of inhabited space have come together to unravel the wonders of the galaxy. There’s no doubt that the sheer scale of our fleet will ensure the stars bend to our will and give up their mysteries. What a great adventure this will be.

That can’t be right. Are my instruments off? I’m sure it’s, oh no that’s a lot of gravity! Pull up! Pull up! Oh dear, seat belts!

Not to self: Consultation of gravity measurements is now mandatory during planetary landings. Yeah. That’s not going to buff out.

These canyons are wild, how deep do they even go? I must remember to keep the surface recon vehicle well away from the edge. There’s no getting out of that trench if I fall in. Note to self: I need to come back and do some canyon running in a souped-up racer after I get back. Whenever that might be. See you later Labirinto! 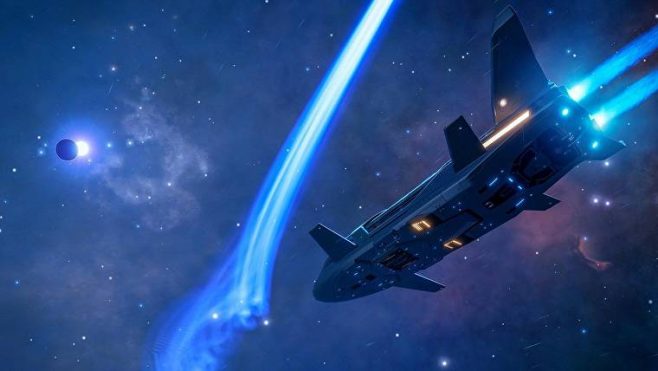 I need to remember to triple check my distance between the ship and any asteroids I’ve stuffed with seismic charges before detonation. Black lung has a very different meaning when it comes to deep space mining.

I didn’t blow myself up during the mining operation. I’m such an ace. Perhaps even one of the greats.

I don’t think I ever realized just how far we managed to spread out from the bubble of civilization. Already thousands of light years out, there are a handful of outposts to stop and resupply. The trip’s already proven profitable, station cartographers are always eager for more data. It looks like we’ll be sticking to the Colonia highway for a couple of weeks. I’ve never been myself. Perhaps I’ll take the diversion on my way back. Now, I believe Eagle’s Landing has a bar.

Oh god, my head. I’m a day behind the fleet. I need to lay off the Lavian brandy. Right, okay. The vacuum would be preferable to this headache. Onwards. To adventure! 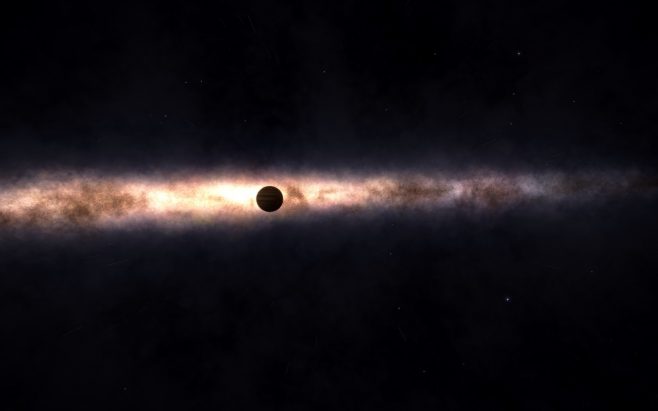 Nobody ever tells you just how colorful the void can be. You kind of expect the inky blackness between distant stars to be an overpowering force. Out here though, there are nebulas all over the shop. I’ve found myself adrift in a deep emerald sea and crested the waves of crimson waves. Remnants of shattered stars. It’s all rather beautiful and helps to keep the space madness at bay!

Not come across many Earth-like worlds yet. They’re the bodies that really bag you the big bucks. You could scan hundreds of icy bodies and not make as much money as what you’d get from a single undiscovered Earth world. There’s just such a great variety of bodies and configurations out here though. Always something to catch your eye though, the icy bodies can safely be ignored.

IN THE NAME OF GRUD WHERE DID THAT BLACK HOLE COME FROM! 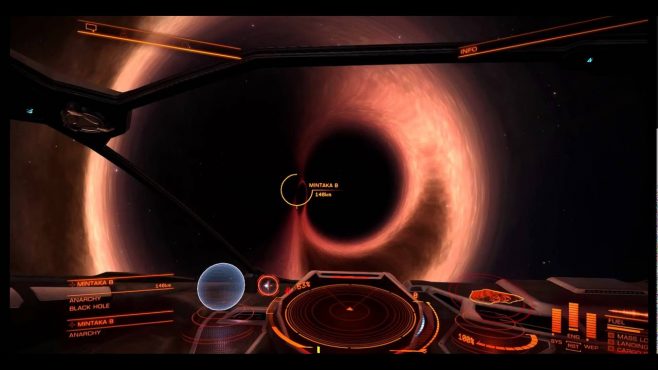 There are far too many neutron stars here. I can feel myself cooking inside my flight suit. This is just a mess of a system. This is an excessive amount of stars. Kind of regretting stripping so much armor off my ship just to make it light. That’s probably a lot of radiation. Can anyone else smell burning?

I think the galaxy is broken. That planet is floating far too close to that star. It’s spitting in the face of all known physics and scientific thought. Wait, am I a simulation? Who am I? Really? Right guys, we need to turn the universe off and back on again.

We left Polo Harbour 5 days ago. All I seem to find are icy bodies. Worthless, uninteresting icy bodies as far as the eye can see. The data is barely worth the time spent scanning the damn things. I’m not even equipped to land on them. No one is. They offer nothing but scorn.

More icy bodies. I jumped into a system and my scanners picked up more than 80 stellar objects. All I was confronted with was ice.

Have I drawn the ire of some unknowable cosmic god? Am I being punished for some crime? Does it amuse them to have me jump from star to star, all the while putting blasted ice in my path? The monotony is getting to me. I need to get out of this ship.

I’ve set the ship down. There appears to be some kind of growth on the surface of the moon. It’s definitely biological. There are clusters of blue tubular structures sprouting out of the rock. Quite a strange sight. My sensors are picking up noise. I think it’s coming from them. More study is needed.

I’m leaving the ship, drawn outwards by a wordless song. There are discoveries to be made here. I shall return soon with my findings.

So the Katana is Back