I wanted to write this column on the new(ish) story mode added to Dontnod’s Vampyr this past September but, to tell the truth, I’ve barely been able to find the motivation to play it. What I’ve seen I’ve liked – I’ve long been enthralled with vampires and I’m a particular sucker (heh) for the tortured and broody ones. A newly-vampiric doctor tormented between following his oath to do no harm and satiating his bloodlust offers a neat parallel to current worries regarding ethical consumption. I’m typing this on a sleek MacBook with my iPhone close at hand and what of it that the factory where they’re made features suicide-prevention nets, I guess. I give money to Planned Parenthood and the ACLU. I deserve this Apple Watch.

I like to use stories to understand the world better. For a long time, scary stories were my favorite kind. When I was very small, I glommed onto the idea of Dracula as a positive adult male figure, a long-lost Transylvanian uncle who arranged visits to his castle after sunset and taught me how to transform into a wolf or a bat or mist (I was half vampire, naturally). The latter was my specialty, as it was far and away the most underrated of the Count’s transformations and my recognition of that fact propelled my eventual mastering of it. Dinners were Christmas hams, whole loaves of bread and giant wheels of cheese – my childish idea of “old-fashioned” food – with ice cream and Little Debbie Swiss Rolls for dessert. The Swiss Rolls were my contribution from the world of humans and their modern capitalism. The Count would only drink, of course. The fantasy was a comforting escape for an imaginative only child and one I returned to often.

Rereading Dracula became an annual tradition, so I eventually picked up on the incredibly obvious sexual undercurrent and had all of my naïve and childish ideas turned to dust. I already hesitate to examine why I turned a murderous weirdo into a slightly edgy monster-dad who was inexplicably nice only to me, but I’m still retroactively embarrassed that it took me so long to realize exactly what all that bodily fluid and toothy penetration was really about. It taught me, though, that sometimes people look like and can even be one thing only to be revealed as something else farther down the road. Also, that, like my experience with Bram Stoker’s story, new perspectives uncover new angles and layers to almost every situation. 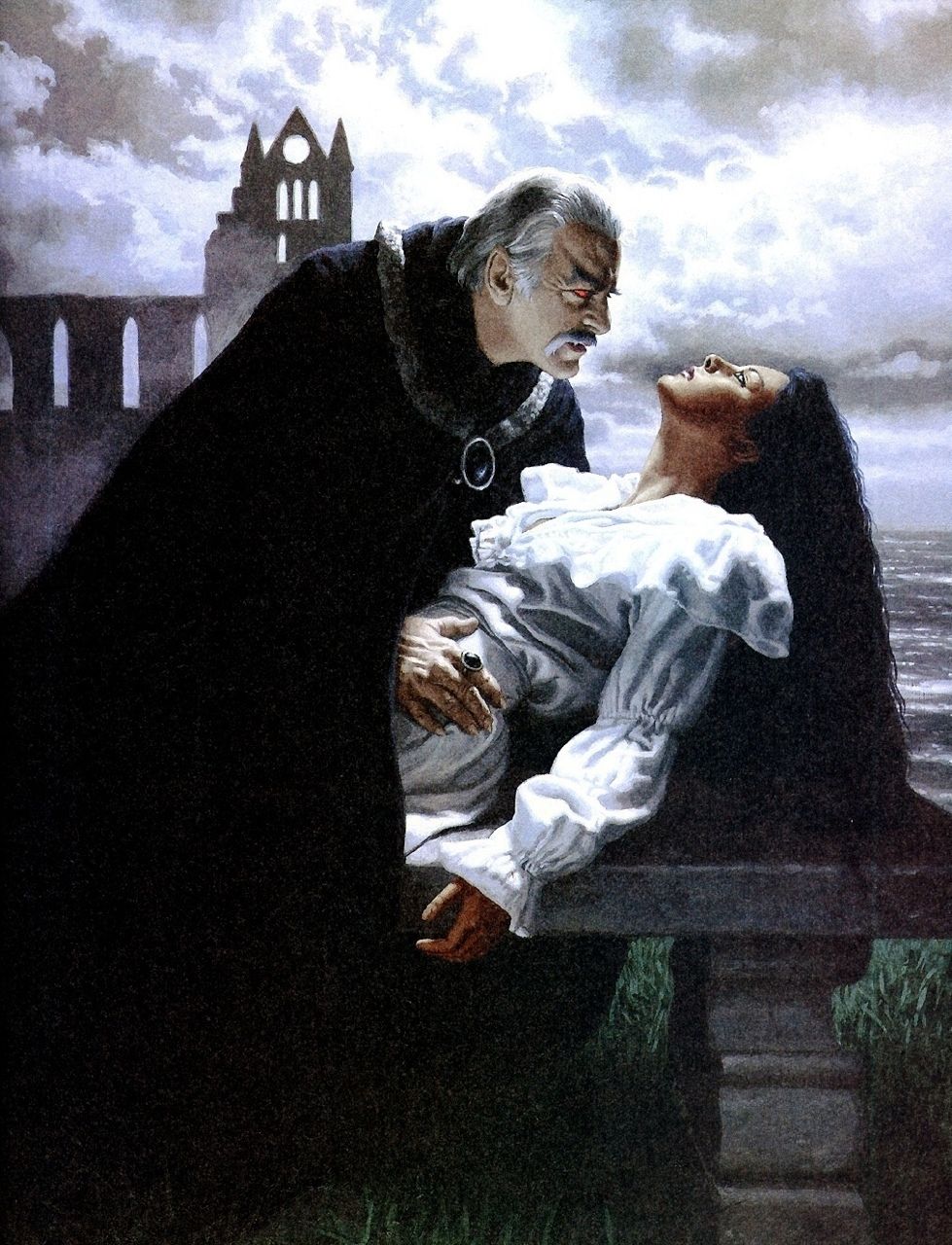 I find it hard to play Vampyr or any other videogame these days. I even find it hard to read, a problem I used to blame on oversaturation due to my day job in the book publishing industry. However, even a month out from my resignation, I’ve only managed to eke my way through a single short and breezy novel. I’m not sure I’ll get through Dracula this year.

TV and movies are the only way I regularly engage with pop culture lately. In a political climate where escape has become an almost necessary form of self-care, I find myself unable to make a break for the daydreams that sustained me when I was young, or to interact with any entertainment that requires more than passivity on my part. Anything with subtitles gets a hard pass.

The rare moments I do pursue a more active role in my amusements, I almost always turn to videogames that allow gameplay other than combat or even puzzles. I much prefer to talk through conflicts and share sweet character moments in The Walking Dead or Mass Effect. I’d rather ride my horse through the stunning digital vistas of Red Dead Redemption or Breath of the Wild. Unfortunately, after the recent mass layoffs at Telltale Games and Rockstar head Dan Houser’s inexplicable bragging about the ungodly amount of hours developers worked to bring Red Dead Redemption’s sequel to market, playing those leads straight to more questions about ethical consumption for my part. Then again, playing almost any videogame does.

Putting those concerns aside, as we all do to varying degrees, I appreciate Dontnod’s addition of a Story Mode to their latest offering. I’ve had the game installed since launch but was reluctant to play after reports of tedious combat from friends and critics alike. Focusing on exploring interwar London and interacting with its rich cast of characters as the doomed Dr. Jonathan Reid is far more rewarding than taking on hordes of the undead. Reid’s unrelenting high-stakes conflict between whether he’ll friend or feed on the city’s people is the game’s best feature. A mechanic where he heals the sick in order to harvest a healthier food source once they’re cured leads to heart-wrenching decision-making. Jonathan must truly care to be truly cruel. Seeing things from his perspective exposes odd angles and new layers to a hard situation, leading me to ponder one of life’s more immense questions: what do good men do when monstrous times make monsters of us all?