Cheap Golf is thus named because it’s not particularly fancy or lifelike. When you boot the game, it doesn’t transport you to a lavish golf course—where every blade in the grassy terrain is lovingly rendered with dynamic lighting—and let you smack a ball into a tiny, far-flung hole. Instead, you just get a white square and a craggy black pit which, when placed next to each other, can be crudely interpreted as a game of golf. The instructions are straightforward: send the square careening towards the black hole. With its Atari 2600 aesthetics and CRT filters, Cheap Golf feels a tad more primitive as compared to its slicker minimalist peers, such as 140, Thoth or Thomas Was Alone. Compounding this is how its sound effects also consist of varying frequencies of dings, buzzes and beeps, as if the game is made for the Atari console.

Yet, this deliberate shabbiness gives Cheap Golf its distinct flavor, its images a motif for the beauty of inelegance. Like a scrappy art project, the game is unrefined but electrifying, emanating creativity and a whole lot of personality from every pixel. I loath to peg this to nostalgia, however. Even though the scan lines, blocky visuals and sounds are attributes of ‘80s technology, little about Cheap Golf suggests that it’s about capturing the mood of this recent past. You see, an AI named Susan exists in here, and she’s collecting data on your mouse’s movements to better understand how to sell you internet products and services. She makes snide observations about humanity, and that she spends her time devouring YouTube videos while waiting for these puzzles to be solved. She mostly communicates in a series of beeps and boops, and even dabbles in cryptocurrency for a while. These gestures are so idiosyncratic to the 21st century, that it’s plain how firmly rooted its foot are to this modern age. 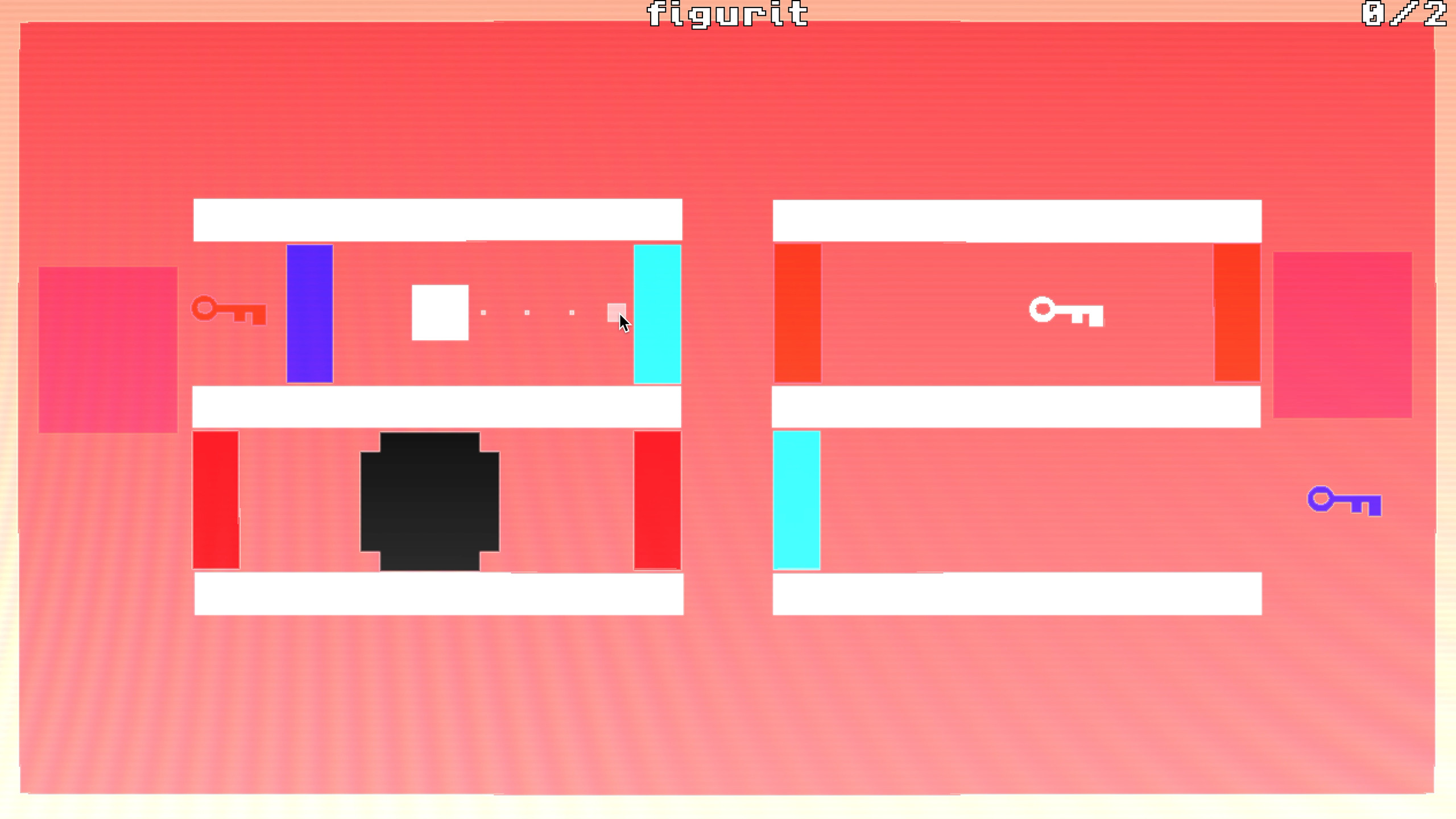 Cheap Golf embraces this unpolished veneer with exuberance, and its bright, gaudy puzzles reflect this philosophy. Fluorescent and uncomplimentary colors are used abundantly. Geometric shapes of all sorts, some pulsating and spinning like tawdry web design elements, serve as obstacles in your mini golf sessions. Blinking, garish blocks litter the stages, while colored gradient backgrounds serve as backdrops. These scenes appear as if they’re inspired by the ugliness of web brutalism, a design movement that smashes every rule about good web design and UX. In contrast, their difficulty levels are tastefully paced out. Even the game’s most exasperating moments are mercifully broken up by Susan’s quirky bantering. You’ll get to see and hear plenty of that, by the way—there are at least 140 levels, spread across three chapters, for you to go through.

Snarky, amoral AIs and retro aesthetics are nothing new, if not wearisome among today’s growing library of games, but at least Cheap Golf has the gumption to be peculiar and honest about it. It makes a case for ugly, inelegant games and demands that you see it for its rawness and beauty—unsightly blocks, screechy soundscapes and all. It’s here to declare that it’s golf, goddamnit, if you would only squint your eyes a little.

Try the free demo, or grab the game on Steam and itch.io.

Strange Eats: The Story of the Buckland Family