Halloween is just around the corner and Kirby Dick’s documentary The Bleeding Edge (2018) is appropriate for the season in that it is most definitely not for the faint of heart. The film, which details the failure of the FDA to provide proper oversight of medical technologies, is filled with graphic testimonials from patients who endured horrific pain due to faulty devices and who were often dismissed by their doctors as overly sensitive or scolded for exaggerating when they went in for help. Rather than remaining isolated in their own personal hells, these patients-turned-activists gathered together online to share their stories, lobby for stricter regulations and offer each other much-needed support. Meanwhile, the architects of their pain gather at lavish conventions and brag to each other using the rhetoric of Silicon Valley about how they see themselves as “disruptors” of traditional medicine who need freedom from government oversight in order to “unleash innovation” onto the health industry. Perhaps, the documentary suggests, medicine isn’t the right place for us to move fast and break things. 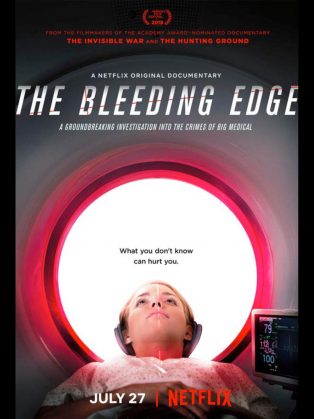 It is noteworthy that many of the malfunctioning devices featured in the film are related in some way to women’s health: a non-hormonal contraceptive device that punctured women’s internal organs from the inside, a pelvic mesh designed to help prevent incontinence following childbirth that caused vaginal scarring and debilitating pain, a robotic surgical technique that left women who had gotten hysterectomies with their intestines literally falling out of them through their vaginas. These women’s stories are both disgusting and terrifying, but the camera refuses to succumb to our impulse to look away from them. It stays with them as they describe how their lives have been upended by their ordeals. These women have lost jobs, been forced onto permanent disability and lost the ability to enjoy sexual intimacy. One wonders: Is it merely a coincidence that women’s medical problems are the ones that regulators and doctors have tended to ignore?

Dr. Jennifer Wider, the spokeswoman for the Society for Women’s Health Research, suggests that it is not.  In an interview with Broadly, Wider revealed how studies have shown that “doctors, regardless of gender, tend to undertreat female patients and take longer to administer medication to women.” In the same piece, Emilie Marthe reports that “period and reproductive pain is often chronically undertreated and underfunded” and “women’s pain is more likely to be perceived as ‘emotional’ or ‘psychogenic’ rather than caused by biological factors.” In other words, medical professionals have a history of letting stereotypical attitudes about women interfere with their ability to effectively treat their patients.

In the past, this bias has plagued our ability to judge the safety of the simplest, most commonplace medical technologies that women encounter over the course of their lives: menstrual products. Of course, we don’t’ tend to think of tampons and sanitary napkins as a “medical technology.” In fact, I suspect that many of us would prefer not to think of them at all, but, of course, they are in the sense that they are devices that we wear inside of our bodies and in that they are subject to constant “innovation” in the form of new chemical additives (bleaches, scents and deodorizers) and more absorbent synthetic materials. And yet, many of these new ingredients were not rigorously tested on humans because, prior to the mid-1970s, the FDA categorized menstrual products as “cosmetic” appliances, not medical ones. 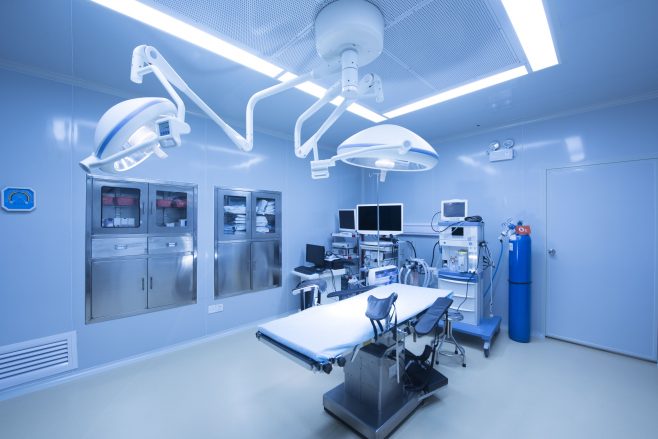 The unwillingness of our regulatory agencies to talk openly about periods and the dismissal of women’s reproductive health issues as merely “cosmetic” wound up endangering women’s lives when, in 1980, doctors noticed a severe uptick in cases of a condition called Toxic Shock Syndrome among women who used tampons. Toxic Shock Syndrome is caused by a bacteria called Staphylococcus aureus, which, it was discovered, flourished in the conditions created by ultra-absorbent tampons that sound like they were dreamed up by the Bride of Frankenstein. In particular, Proctor and Gamble’s Rely brand tampons, which were “composed of polyester foam cubes and chips of carboxymethylcellulose, an edible thickening agent used in puddings and ice cream and known as “grass” . . . encapsulated within a polyester teabag-like pouch,” acted “like agar in a petri dish” for the bug,” “providing a viscous medium on which the bacteria could grow.” By the time the year was out, P&G’s failure to properly test the possible effects of their brand new leakage-proof product wound up getting over 800 women sick and killing 38 of them.

If medical technologies as simple and non-invasive as tampons and sanitary napkins can cause such horrible side effects, then it is no surprise that metal implants and radical surgical techniques might do so as well. The Bleeding Edge demonstrate that we as a society have yet to learn our lesson about listening to individual women when they speak about their own bodies. Until we do, the bodily horrors described in the film will continue. And if that isn’t scary then I don’t know what is.

Megan Condis is an Assistant Professor of Communication Studies at Texas Tech University. Her book project, Gaming Masculinity: Trolls, Fake Geeks, and the Gendered Battle for Online Culture, is out now from the University of Iowa Press.

Postmortem: You Are Jeff Bezos