With the advantages of hindsight, clever framing, and judicious musical cues, it becomes obvious to the viewer that Georges Cardona was bad news from the start. And yet I can’t be too hard on 18-year-old Sandi Tan for believing in him. I was a precocious teenager myself, forever lamenting that the majority of my peers would never understand me, latching onto adults and trying to insert myself into their circles of conversation in ways that I thought were sophisticated and insightful but I know now were likely to be more than a little cringey.  The prospect of being Taken Seriously was intensely alluring, intoxicating, seductive even. How easy might it have been for a predator to see this need in me and use it to draw me close to them?

Perhaps it was Sandi’s own record of success that doomed her. She had a long track record of fulfilled ambitions, from her stint as a columnist for BigO magazine at the tender age of 14 to the founding of her own zine, The Exploding Cat, at 16 to a gig writing film reviews for the Straights Times newspaper at 18. By the time she turned 20, with all of these grand accomplishments under her belt, the next step on her punk rock world domination tour seemed obvious: she would make a feature film.

And who better to help her than Georges, a film teacher who bragged about rubbing elbows with Hollywood big shots and who had taken to hanging out after hours with his young students despite having a wife and child waiting for him at home. Cardona professed to believe in Sandi. He could see her potential. He would be the one to bring her vision into reality. And so, in 1992, production on Shirkers began. 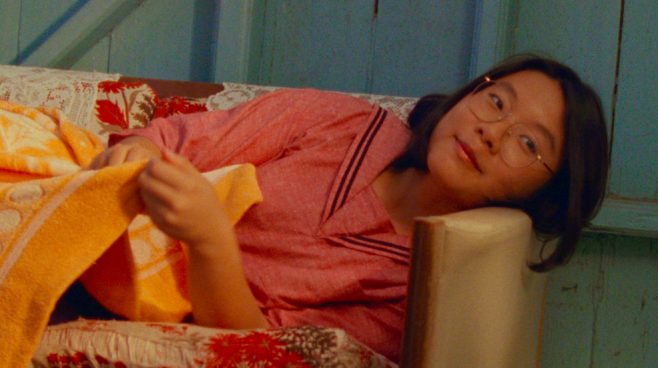 From the beginning, the shoot was plagued with problems, both technical and personal. One of Sandi’s best friends and collaborators, Sophia Siddique, remembers working for months to obtain a meeting with potential financial backers only to be told by Georges the day of that she should remain out of sight in the kitchen while he spoke to them on the team’s behalf. Jasmine Ng, the film’s editor and Sandi’s best friend, recalls feeling slighted and excluded, as the red flags she was raising continued to be ignored. We in the audience, watching some 20 years later, brace ourselves as we anticipate the awful betrayal that must be waiting just around the corner. And so it is both shocking and unsurprising when we learn that, after months of shooting and thousands of dollars invested in the project, Georges Cardona simply disappeared into thin air, taking all of their precious footage with him. It is unsurprising because we knew, with the benefit of our adult perspective, that Cardona was using these girls, getting off on subtly undermining their project and taking glee in subverting their naïve optimism. And yet it is shocking because the shape of his cruelty is so strange. We have become sadly immune to stories of sexual and financial abuse, but the revenge that Cardona takes on these girls for the crime of being young and talented is so specific to them, so perfectly calibrated a psychic strike as to make for a sickening new twist on an old story.

The only version of Shirkers that exists today is a documentary of the same name (Tan, 2018), chronicling the film’s conception, birth, and abduction. This new film is like a zine come to life, pasted together out of bits of recovered footage, old photographs, home movies and audio recordings, interviews and even scraps of animation and collage. It has an eerie, dream-like feeling that is appropriate to its purpose: the conjuring and exorcizing of ghosts. It is visually arresting, bursting with the energy and zeal of a teenager and yet guided and constrained by a mature and experienced hand. And it is extremely hard on its principle subject, the younger version of its director who trusted her heart in the shape of a movie to a heartless man.

Scorpion and Sub-Zero Should Make It Official