The world was insisting on having a particular conversation with me. In less than a week, William Friedkin’s 1973 masterpiece The Exorcist came up in conversation no less than three times. Most bizarrely, the priest performing my son’s baptism invoked the film and its sequels in the middle of the ritual – I suspect, uncomfortable as I am with non-fiction religion, that he was attempting to throw me a rhetorical life preserver. I appreciated that.

My wife, Daisy, had never seen The Exorcist. She isn’t exactly a horror aficionado; she doesn’t usually partake in my ongoing quest to watch every noteworthy horror film in existence and I exercise (exorcise?) a fair bit of restraint in introducing her to my favorites. The Exorcist seemed like a good one to try, though. She’s Catholic, so the subject matter was liable to appeal. Informing her that it routinely appears on lists as the best horror film ever made certainly didn’t hurt. After a bit of nudging, we cozied up on the couch one night and watched the extended cut of the movie.

The intro sequence in Iraq surprised Daisy, to the extent that she asked, “Are we watching the right movie?” I assured her that we were. Then the action moved to Georgetown and a funny thing happened: I ceased to recognize the scenes that were unfolding before me. By the halfway mark, I realized the truth of it. I had never seen The Exorcist either.

This was not a matter of forgetting the slow burn set up. I have good recall when it comes to this sort of thing and, while I’ll never say never, I feel sure that the memory of zoning out would fill the gap in my brain where the quiet talking scenes of The Exorcist should be. That’s the case for other films (95% of Taxi Driver immediately comes to mind).

Curiously, my memory of spider-walk scene – cut for theatrical release and restored to the extended edition in 2000 – is entirely different, resembling but not identical to those depicted in The Exorcist III (a film I have definitely watched several times – I have witnesses). It is as though, when I heard about that notorious scene, my brain made up a version of what it might look like and inserted it into my memories of the film. A film, I should remind you, that I had never seen. 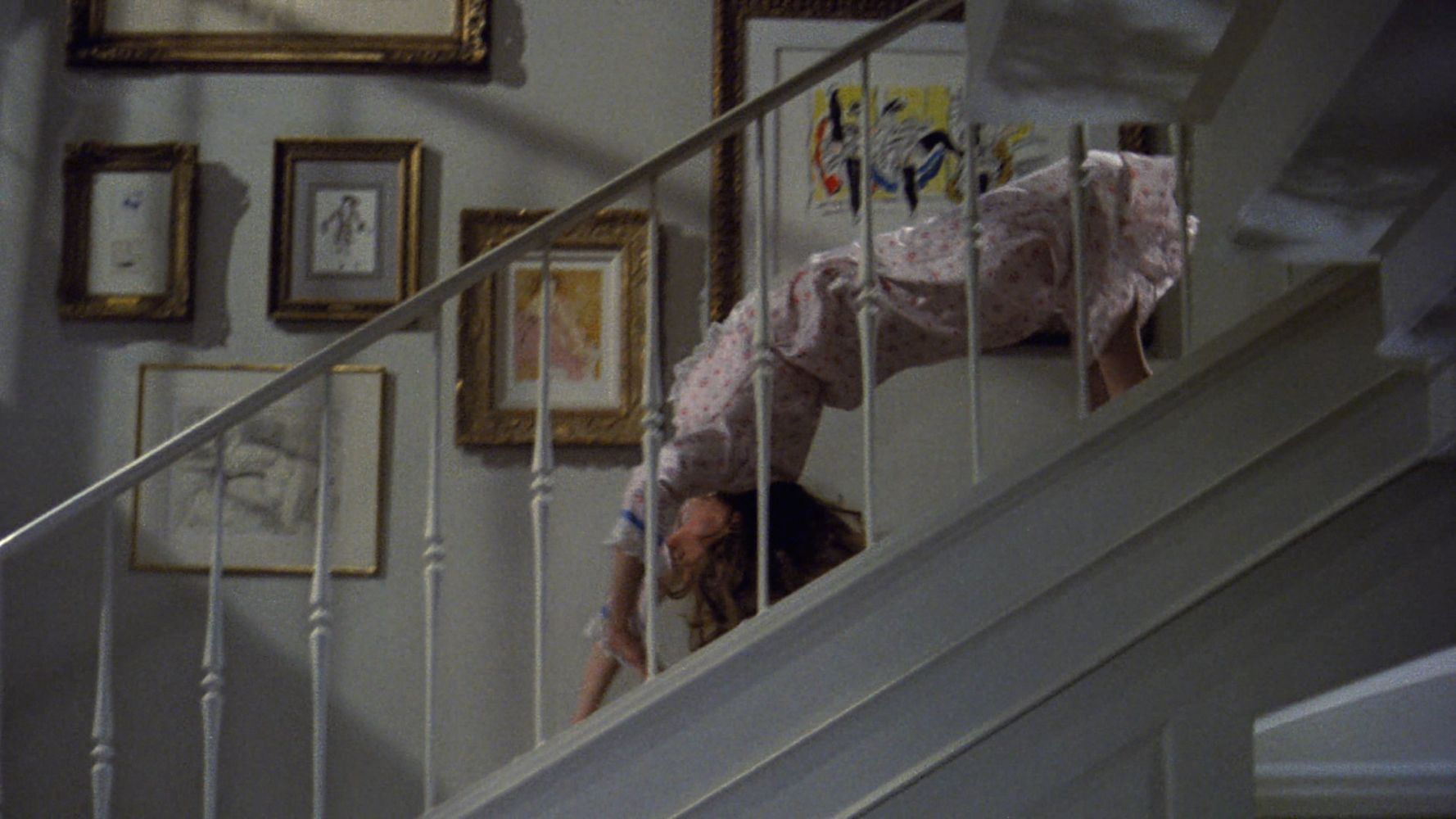 I can’t adequately express how unsettling I find it to learn that my own brain has made a dupe of me. I’ve thought about The Exorcist a lot. I’ve discussed it. In Paul Tremblay’s novel A Head Full of Ghosts, a digression lays out the conservative nature of the film. When I read that passage, it brought a smile to my face because it reminded me of a lively debate about horror films I had one night in a bar among friends, when I had argued essentially the same thing. Except, I was guessing, because I had never seen The Exorcist.

I routinely dismiss The Exorcist as the greatest horror movie of all time, because of those conservative undercurrents, usually in favor of John Carpenter’s The Thing. Despite the fact that I had never seen The Exorcist.

For decades, I didn’t know I hadn’t seen The Exorcist.

I think I know what happened. The Exorcist is undeniably one of the most influential horror films ever made. Its legacy is felt not just in possession movies, but throughout horror films of all stripes. There are countless articles about it and all the key scenes are available on demand via YouTube. A spook show twist on Godwin’s law, any discussion of horror movie that goes long enough will bring it up. All roads lead to Pazuzu.

Because of this, The Exorcist is in the air, wafting around like pop culture influenza, waiting to be caught. In this way, the entirety of the discussion (and parodying and pastiching) of the film in various media served to transmit to me the substance of the film without ever seeing it. I suspect similar mechanisms are at play with, say, the shower scene in Psycho, or the climax of Shakespeare’s “Romeo and Juliet,” the substance of both I was familiar with long before I experienced them firsthand. This seems similar to what Richard Dawkins was getting at with his original definition of the meme as a unit of cultural transmission, passing and replicating from person to person and, as in the case of my imaginary version of the spider-walk, sometimes mutating. 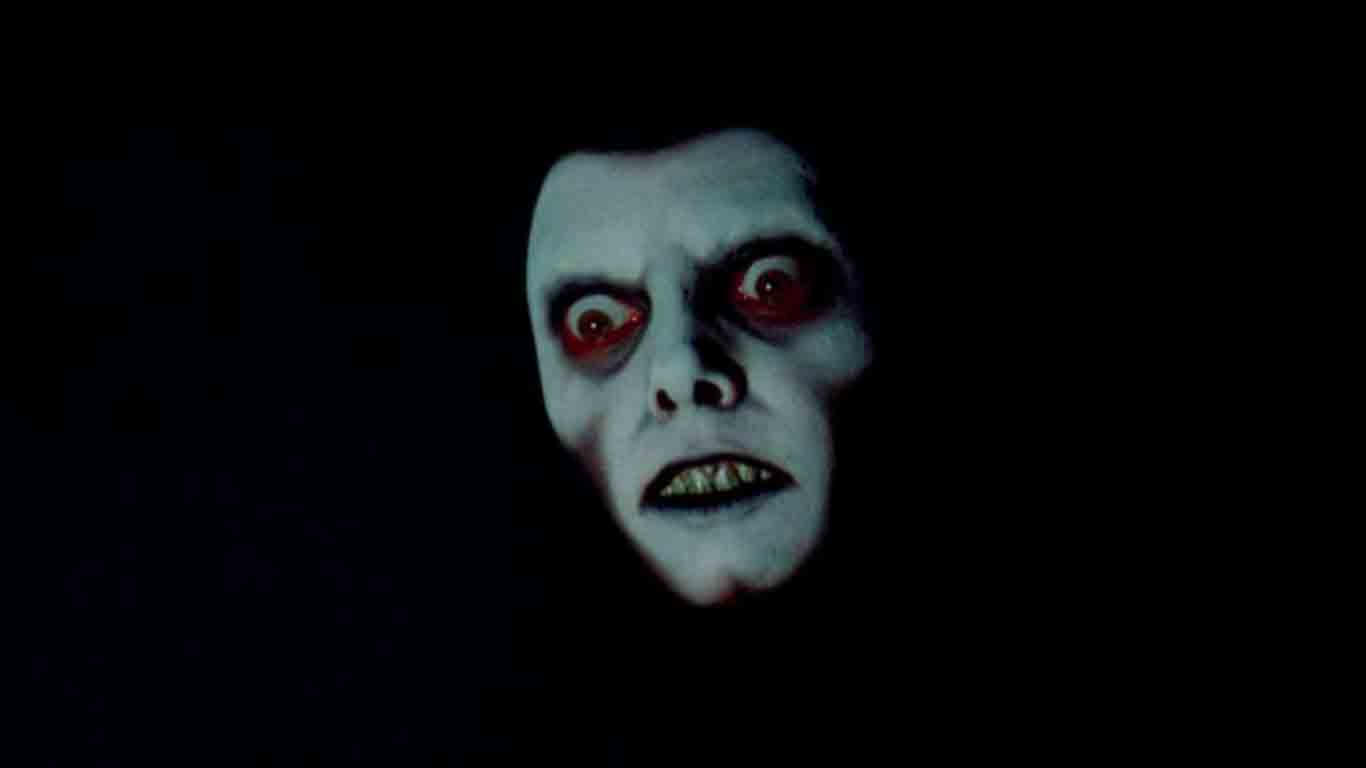 Unlike Psycho or Shakespeare, though, I was unaware of the transmission and, as I mentioned earlier, that fact leaves me uneasy. How many other movies do I think I have seen, but only experienced second hand, through a kind of cultural osmosis? If I think hard enough, I can recall vague details of when, where or with whom I saw most movies, but in flipping through my Letterboxd account I’ve discovered some films where that recollection fails: Rashomon, ironically; Dead Ringers; O Brother, Where Art Thou?

Déjà vu (literally “already seen”) is an eerie sensation of having experienced something you know you haven’t. The opposite, jamais vu (“never seen”), is to feel as though you are experiencing something the first time despite rationally knowing that it has happened before. I seem to have discovered something in-between the two: the surety of an experience stripped away by the certainty of never having experienced it. I just don’t have the French to name it.