I cannot imagine the reaction today.

The new Star Trek series, making its debut at the height of The Next Generation’s popularity, would be the story of a single black father; his old best friend, a beautiful woman . . . who was a man when they knew each other; a female activist; a Sudanese doctor; and a big eared parody of corrupt capitalism for comedy relief. Based on the vile, racist, misogynistic, painfully-ignorant-to-what-the-franchise-is-even-about reaction to Star Trek: Discovery starring a black woman, I think . . . I think there might’ve been a few tweets.

To call 1993’s  Star Trek: Deep Space Nine ahead of its time is an insult to temporal energy. Everything that critics hail in modern shows and credit for making this the “golden age of television” can be found in this show’s sevens seasons. Continuous storylines that grow from season to season. Complex, morally ambiguous, characters. A willingness to re-evaluate and expose the hidden dark side of previously innocent material. All of it. In this show that coincidentally ended the same year The Sopranos began.

The first Star Trek property produced after the passing of originator Gene Rodenberry (though the original pitch and concept received his blessing), the show was free to ask the questions previous Star Trek shows and films skirted around. How does the Federation handle long term diplomacy with a species they can’t fly off and leave after sixty minutes? How do the science-loving explorers in Starfleet interact with a religious culture? A fascist culture? A toxically capitalist culture? What’s more important, the Federation’s values or their safety? How does the Federation sue for peace and prepare for war? And, perhaps most importantly, what was up with the Klingons in the original series not having bumpy foreheads? 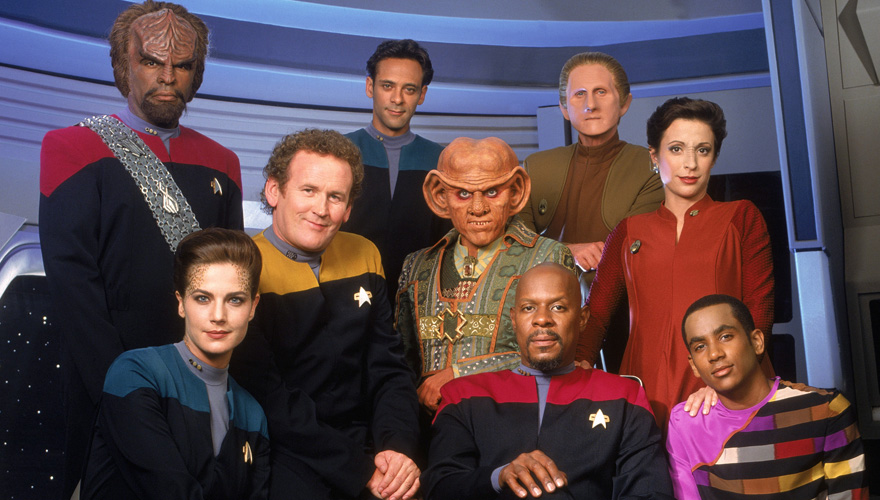 The premise of the show goes something like this: For years the Cardassians (think Nazis… in space!) controlled and oppressed the people of Bajor. Now, after years of Bajoran terrorist activity and a little help from the Federation, the Cardassians have left not only Bajor, but they’ve also abandoned the space station they kept parked outside. The Federation assumed control of the space station and entered into a diplomatic relationship with the Bajorans that was basically:

“Oooh. Thanks. That’s really sweet of you. Uh . . . we just got out of this long term thing. We’re really taking some time to work on ‘us’ right now, y’know?”

“Totally! Totally! That’s totally cool. Totally. But um . . . is it still cool if we just sort of float around in the sky above you in case you change your mind?”

So, with the stage set, Commander Benjamin Sisko takes control of the renamed space station, Deep Space Nine, finds out his best friend and mentor is a woman now, gets told by the Bajoran space pope he’s the Bajoran Messiah and discovers the galaxy’s first stable wormhole turning this podunk outpost in the middle of deep space into the most valuable and sought after region in the entire Alpha Quadrant. All in all, not the worst first day at a new job. 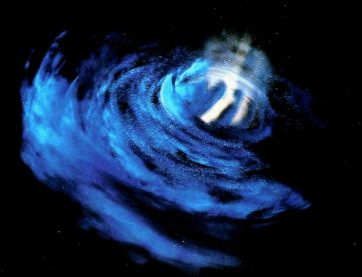 Now, I know what you’re thinking, “This sounds like the most amazing and riveting concept in the history of television and I’m tempted to skip reading the rest of this to immediately begin binging on Netflix, but how does this 90s space opera relate to our world today?”

In addition to inspiring the greatest Trump parody account Twitter has to offer (go follow @RealGulDukat), a large number of DS9 episodes make for a different viewing experience now than when they originally aired.

For example, season two’s three-part opener, “The Homecoming,” “The Circle,” and “The Siege.” The plot concerns a fringe group of Barjoran extremist edgelords, The Circle, who vandalize Starfleet property and declare, “Bajor for Bajorans!” They’re annoying, but nobody takes them that seriously. At least, not until they get armed. Then, under the leadership of a charismatic, populist politician and with the support of the fundamentalist wing of the Bajoran church, The Circle becomes a very serious threat indeed. Sound familiar yet? How about when I tell you that in the end it is revealed that The Circle has unknowingly been receiving weapons and funding from the Cardassians, Bajor’s former occupiers, in an attempt to weaken the Bajoran government and make them easier to control and reconquer.

Okay, let us fast forward to season three’s “Past Tense.” Typical Star Trek hijinks result in several crew members being sent back in time to the far away time of . . . 2024. There they find an America so torn apart by economic inequality that “Sanctuary” cities have sprung up around the country to contain the poor, the mentally ill and the unemployed. The people living in these cities are even kept separate from the rest of society thanks to a large wall built around them. Meanwhile, the upper class is composed of indifferent business people too grateful not to be among the suffering to empathize with them. All this prompts Dr. Bashir to observe, “Causing people to suffer because you hate them is terrible, but causing people to suffer because you have forgotten how to care . . . that’s really hard to understand.”

So, yeah, anyone who wants a sneak preview of America at the end of Trump’s second term, there you go. 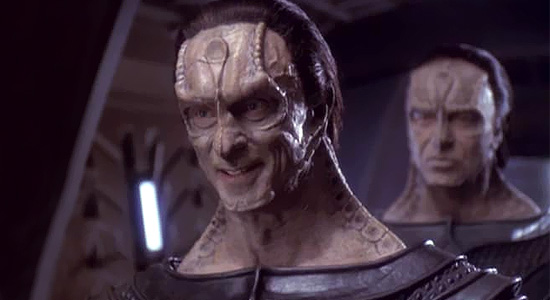 Dozens of other episodes have similarly gained in relevancy in the two decades since the crew completed their final mission. But the surprising thing isn’t that a 90s sci-fi show was willing to take on so many controversial issues (despite what the modern action oriented Treks would have you believe, Star Trek at its core has always been a show about ethics), the surprising thing is how uncontroversial it all was at the time.

Fans still debate whether the shades of gray Star Trek: Deep Space Nine used to paint its part of the galaxy was good or bad for Star Trek as a franchise. It made Gene Rodenberry’s utopian dream uglier. It showed the military and colonialist aspects of The Federation that the other shows and films had been happy to dance around. It showed despicable characters doing good and honorable characters acting like monsters. But when you watch it again, even in those moments it is still obvious what the right thing to do and the wrong thing to do are.

I think the most difficult thing for me to accept about the sociopolitical discourse the past few years is how Saturday Morning the morality of it all seems. Greed versus giving. Pride versus humility. The oppressed versus the empowered. These are ethical issues I thought we all learned in nursery school, but watching them all get endlessly debated in the public discourse . . . I just shake my head. Didn’t we cover all this on Sesame Street? Did the brick to the jaw subtlty of X-Men fly over this many heads? Whether your after school programming was Ninja Turtles, Power Rangers or Pokémon, I feel like this shit was covered.

Haven’t these people seen Star Trek? Don’t they know about that beautiful vision of the future where humanity has finally moved past their petty prejudices and come together to explore the universe and find new life? Not to conquer it, or exploit it, but to learn from it. And by learning gaining that little speck of additional insight into what this life thing is all about. A vision so optimistic, so pure, that even DS9, its darkest interpretation, always finds its way back to the simple moral core that makes such a dream world possible: Treat people the way you want to be treated.

Then, in horror, I watch the reactions to Sonequa Martin-Green’s casting as the lead in Star Trek: Discovery. I read the comments after original X-man, Iceman, comes out as gay, or S.H.I.E.L.D. agent Mockingbird is drawn wearing a feminist t-shirt. I see grown men buy a store’s stock of Rose Tico action figures just to gleefully record themselves destroying them. 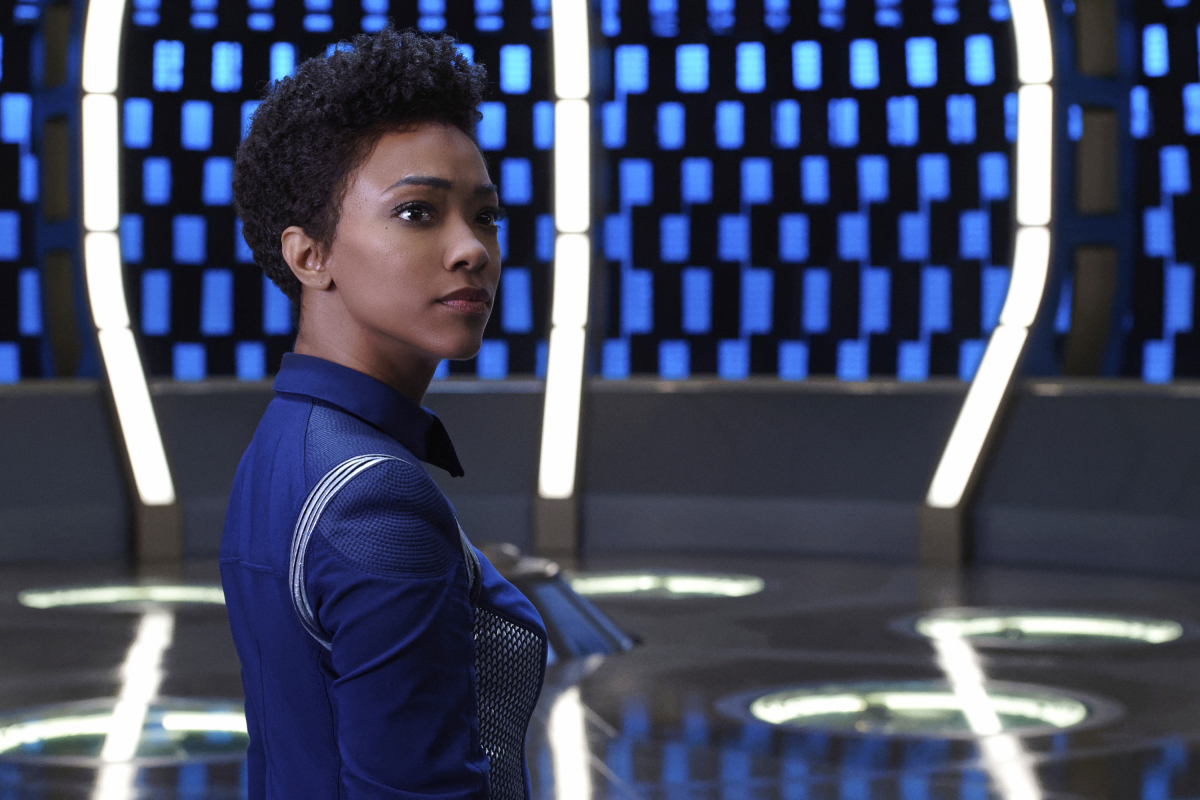 These people had been there. They have all seen the same heroes reciting the same moralisms and homilies I have . . . and they missed the point. Or, they’d seen them, but learned only to value the fighting and not the things worth fighting for.

When I was a teenager, I put away my precious comic books. I still watched Star Trek, but knew better than to mention it to anyone at school. Superheroes and sci-fi were considered “kid stuff” and my adolescent insecurity was in no position to argue otherwise. Besides, it was kid stuff, wasn’t it? People in funny suits flying around talking about the importance of sharing, or not mocking people because they’re different, or why you should allow the females of your species to wear clothing if they want to. These are lessons for children, surely. Then I look at the news. Then I check Twitter. Suddenly this kid stuff feels powerful and resonant and important.

Look, I know the last thing anybody needs right now is seven more seasons of TV to binge but watching Star Trek: Deep Space Nine now, watching the writers challenge every doe-eyed, utopian, naive aspect of Gene Rodenberry’s view of the future and in the end still come back to the idea that humans can be good and evil, but we’re best when we value others as much as ourselves. It feels more important now than it did twenty years ago.