This column is reprinted from Unwinnable Monthly #105. If you like what you see, grab the magazine for less than ten dollars, or subscribe and get all future magazines for half price.

It’s July, which means two things: One, it’s real humid, and two, the new Deafheaven record is out. I don’t have a lot to say about it – it’s not going in the roundup – but I still don’t know what this band does that gets people quite so hot. You read writing on Deafheaven and the sheer amount of superlatives will give you blood toxicity: “[i]n search of something quietly universal, Deafheaven can’t help but notice the tiny miracle in each breath,” “ecstatic celestial bombardment,” et cetera. The music itself can’t support the weight. It’s Deathwish screamo (Oathbreaker, Loma) with post-rock interludes. It’s fine! But it’s not like . . . the black metal Raymond Carver that the hype has been selling for years now. “Dream House” is a good track.

Let’s move on, but before we get into it I just wanna say that I really undersold the Varathron record from a couple months back – it’s a monster, give it another spin.

Pale are a Tokyo “post-black” act, and EP is their first release after a two-song demo. It is absolutely crushing. Blast beats, tremolo picking, tortured screeches, high-wire melodic leads, head-nodding breakdowns – superficially, there’s not a lot of distance between Pale and, say, Deafheaven. Pale are harder, more unforgiving, even when they’re essentially rewriting Deafheaven (“Gossamer”). There’s no Chelsea Wolfe guest spot on this thing, no slide guitar or Explosions in the Sky meandering. It’s lean, vicious black metal with the emotional heft of good screamo. Beautiful and pummeling; highly recommended.

Alright. Let’s talk about some fucking metal. Supreme Carnage play midtempo death metal, like an HM-2-ier Bolt Thrower or early Entombed. Morbid Ways to Die is packed with brutal riffs played with conviction. The production is clear but doesn’t sap the music of energy. This is just really solid traditional DM, the kind of stuff that sounds like a circle pit. 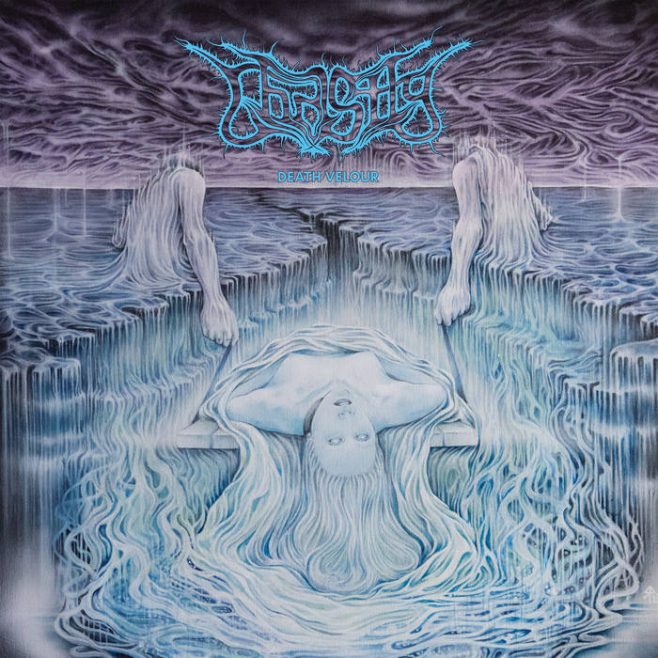 Do you wish Tribulation would stop the bullshit and get back to being a good metal band instead of a shitty classic rock one? Then Death Velour might be your speed. Like the standout death metal-with-a-little-extra acts from the past half-decade (Morbus Chron, Emptiness, Horrendous, Obliteration), Ghastly cut clamorous DM with eerie guitar leads and a general spectral weirdness; there’s a lot of air in the mix here, a lot of reverb carrying sound into the ether. Quietly adventurous stuff, even gorgeous if you have it loud enough. Again, if you like any of the bands I mentioned, or are looking for something that’s heavy but textured, give this one a try.

Lifeless Dark – Who Will Be The Victims?

Bitch!!!! Lifeless Dark fucking shred, dude. There’s no other way to put it. The moment you start talking about this thing a ratty battle jacket and Axegrinder shirt appear on your body. Pounding, lo-fi metal with vitriolic vocals and some welcome detours into dual-guitar Slayer riffing. This is already one of my favorite releases this year, intensely likable stuff. 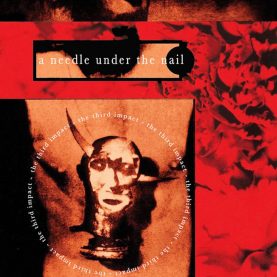 A Needle Under the Nail – The Third Impact

Minor second chords, syncopated chugging; it’s metalcore, baby! A Needle Under the Nail are reminiscent of metallic hardcore bands gone by, but they play like they’ve never heard Botch or Integrity, like they’re discovering this stuff for themselves. The vocals are dead serious and angry, and the guitar lines are cleverly harmonized for maximum disquiet. Vein? Never heard of them.

Hands-down one of the grisliest death metal records in a long time. Where Supreme Carnage are tight and crisp, Extremity are bleeding all over the place, snot running down their noses, stinking like dogshit. Their debut EP Extremely Fucking Dead (yep) was great, but Coffin Birth is on another level. Guttural bass tone, squelching guitars, boxy thudding drums and hoarse shouting. The pedigree of this band is untouchable; drummer Aesop Dekker has had a hand in everything from Ludicra to Agalloch, vocalist/guitarist Marissa Martinez-Hoadley is the lyricist and vocalist in poetic-grotesque grindcore act Cretin and guitarist/bassist Shelby Lermo is in the equally filthy Vastum. Highest recommendation.

I guess it’s a death metal kind of month. Through Wilderness is a painfully dense slab of death-doom that has the Chris Reifert guest vocals to prove it. I listen to most of my music in the car and this thing is like a sensory deprivation tank at the right volume, just a head-filling mass of sound. Not flashy, not sexy, just pure fucking grinding death.