Now much to say after last month’s little MANIFESTO . . . there are several records of note that I’m not going to discuss here, for one reason or another. The new Judas Priest is very good but I hope you don’t need me to tell you to listen to Judas Priest, and the new Drudkh is good but they are probably nationalists. I can not guarantee that the following records are politically sound but they appear to at least keeping that shit to themselves. Let’s rock, brother! 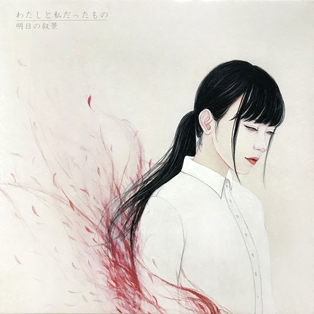 I found Asunojokei’s first EP ???? ( A Bird in the Fault) a few months ago by trawling Bandcamp, which if you’ve been following this column you should understand is a foolproof way to find extremely good new music. Not to get maudlin, but the clean break halfway through that record’s opener “Pomegranate” made me cry! Asunojokei are masters of the emotional screamo breakdown, that crucial alchemy of densely clustered guitar intervals and churning half-time rhythms.

And Awakening is even better than A Bird in the Fault—the band have pushed all aspects of their sound to new levels of power on this debut album. There’s straight-up Myspace metal in here alongside pinhead muso rhythm experiments (?????(“Double Quotation Mark”)), punishing hyperspeed tremolo riffs, and sheer noise. I’m not sure how many

vocalists Asunojokei have, but there’s a distinctive, almost dark metal/depressive BM screech that pops up on both of these albums—it sounds like someone having a full-blown panic attack, and the band frequently pair it against their gentlest arrangements. Awakening is a beautiful, complex, challenging listen. HIGHLY RECOMMENDED from your friend Astrid. 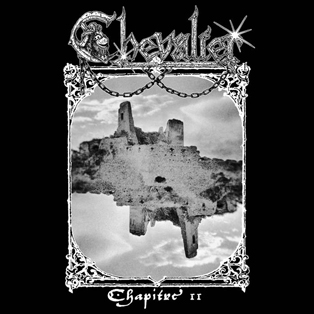 Switching gears here with some rough-ass speed metal from Helsinki. There are a lot of ways to describe Chevalier’s sound: wasted Celtic Frost or practice space Mercyful Fate should give you the idea. Truly, incredibly messy stuff here. Vocalist Emma (no last name given) seems to be figuring out her range as the songs progress and the guitars are fighting each other for room above the drum clatter. This is metal, bitch . . . like it or not!! 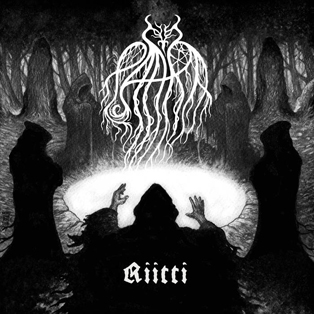 Paara (also from Helsinki!) manage four songs in 42 minutes across Riitti. This is not something that bothers me but I do want to let you know what you’re in for. This isn’t funeral doom, though. It’s black metal with folk passages — OK, I know that’s like the biggest cliche in BM, but Riitti is good shit. They have three vocalists and a lot of patience. Songs lumber across dozens of tempo and intensity changes, one moment neofolk and the next a bellowing midtempo dirge. The subject matter is ghosts, tombs and Lovecraft (track three, “Kuiskaus pimeästä,” translates to “The Whisperer in Darkness”). Look at the album art. You already know if you want to listen to this.

Ghosts of the Timeless Void, by ANCST

the best way to describe this but it is! There are a couple of goofy samples from Sin City and, uh, mediocre Ryan Reynolds/Jake Gyllenhaal monster movie Life, but otherwise this is riff after concrete-hard riff. Also everyone in the band has a beard. 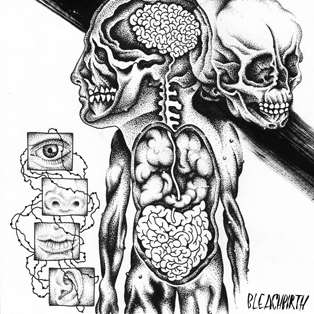 Hatching Inside the Womb, by Bleach Birth

You got me . . . this is hardcore, but it rips and this is MY fucking column hoss! Bleach Birth are from Asheville, North Carolina, and when they’re not laying down classic hxc they sound kinda like a deathrock band, sorta like Change Today by T.S.O.L. or something. It’s good!

I thought this record (grindcore) was just bass and drums — that’s how chubby and dirty the bass tone is. When the rhythm section cuts out and leaves the guitar alone the thing sounds anemic. You can barely hear it! It really feeds off the bass, which singlehandedly clunks Cemetery Preston to noteworthy status. Special shouts to Bandcamp’s recent grindcore list, which has a lot of other great stuff (you should be listening to Cloud Rat!).