The science fiction sub-genre of cyberpunk largely established itself during the neon-tinted, globally insecure years of the 1980’s. Authors like William Gibson, Bruce Sterling and Neal Stephenson contributed to the genre’s postmodern departure from the antiseptic space operas that came before, turning their efforts instead toward the depiction of a globalized and technologically advanced, yet deeply unequal and dystopian Earth.

A lot of formative cyberpunk stories, from Gibson’s Neuromancer to Stephenson’s Snow Crash, take place in megacities, in the rain-soaked gutters between glistening high rises. They also tend to feature solitary, nihilistic main characters who, in clear reflection of their authors, are mostly white men.

Gibson writes out of Vancouver, Stephenson lives in Seattle and Sterling spends most of his time in Europe. While the worlds they create draw from the politics of the 1980s – Reagan’s dismantling of the social welfare state, for example, combined with his pro-corporate agenda, in addition to the influx of goods and competition from an economically resurgent East Asia – the perspective through which these politics are framed is that of an elite creative class who “live off the despised bureaucracy,” according to literary academic, Darko Suvin.

Gibson famously describes the future as “not evenly distributed,” while at the same time spending the majority of his time writing about the least even aspects of it. What might the genre look like, were it to shift its attention to people who are today experiencing the kinds of authoritarian intrusion, the hyper-policing, the corporate dominance that make up the settings of future dystopias dreamed up by well-off white people? What, basically, would a Hood Cyberpunk look like? And, just as importantly, how might this approach allow for outcomes that are normally forestalled in cyberpunk fiction, where assumptions are largely made that the keyboard cowboy will always have a new wetwork gig waiting; that the corporations, who both antagonize him and hire him in turn, will continue forever. 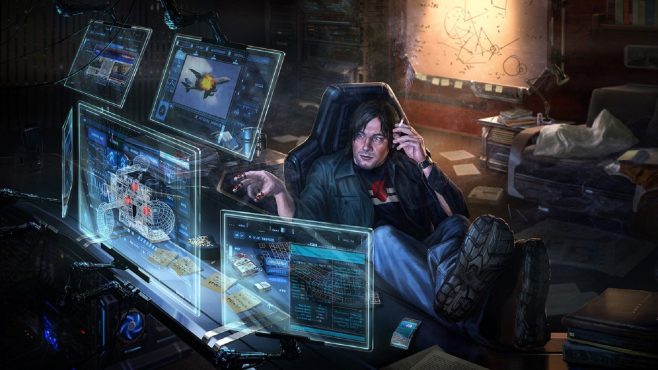 When I think of Hood Cyberpunk, I think of visiting my grandmother’s apartment in Co-op City. Constructed on slowly settling marshland, a dozen miles away from New York’s bustling core, Co-op City is a major experimental building project in the Bronx, one of the few of its kind, and remains the largest cooperative housing development in the world. Massive, brutalist, concrete high-rises dot the landscape, looming over rectilinear, identically designed and largely vacant, strip malls and parking lots. Thanksgivings at my grandmother’s found us all cramped inside her tiny apartment dozens of stories above the ground. Wind howling in off the Long Island sound would buffet windows crammed with satellite dishes and drying laundry. One of the three televisions my grandmother always had on would toggle between grainy closed-circuit feeds of the building lobby and the laundry room. I grew up in an apartment building too, but Co-op City, like many government-funded housing projects built to house the poor, feels like a signpost leading to a one-time valorized, but now aborted future.

Not just Co-op City, but most of America’s government-funded housing falls in line with cyberpunk visions of the future, designed, as they are, around heavy surveillance and curtailed individual freedom. In her book, “The New Jim Crow,” Michelle Alexander describes the “One Strike and You’re Out” policy which stipulates that “under federal law, public housing tenants can be evicted regardless of whether they had knowledge of or participated in alleged criminal activity” carried out by their houseguests. What this amounts to is collective punishment: a mother losing her home because her son is busted for pot; an elderly resident evicted because their caregiver might come back positive from a drug test. Policing has always been unevenly applied, particular when it comes to drug offenses and some of the harshest policies are carried out in the projects, often without much public attention or outcry. What serves as fodder for the grimy cyberpunk backdrops applied by writers like Gibson are the mundane and daily indignities faced by poor families of color, stuck in the prison-like public housing system.

These same sites, which certainly see the harshest forms of policing and least amount of public resources, often tend to be the sites where the most dramatic forms of resistance take place. In “The Corner,” Gary Simon describes the common practice among Baltimore’s poorest residents of relying on “electricity pirated by extension cord from a back-alley utility pole.” Elsewhere, heroin addicts strip houses of copper plumbing, whether they’re lived-in or not, and sell whatever they can haul to local construction crews. 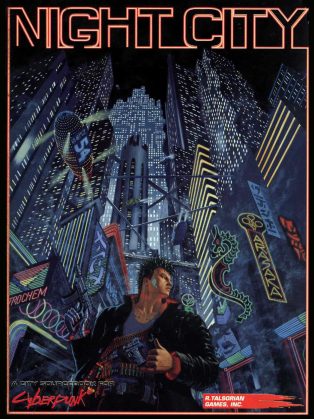 This version of off-the-grid living isn’t as sexy or cool as the criminal contract work of keyboard cowboys, genetically engineered diplomats or mind-enhanced data couriers. Mostly, it’s vilified and mocked. But it’s a real example of resistance to a social structure that ignores you at best and locks you away at worse. In West Baltimore, “a working, viable caper is to be celebrated.” It’s a small and petty way to fight back, but it’s reflective of a real desire to break out from under a repressive system. Meanwhile, cyberpunk stories sample freely from imagery of criminality devoid of context or motivation. Gangs and triads run the streets because gangs and triads are iconographies that handily represent individualist priorities and libertarian beliefs – an inherent distrust of government met not with rebellion or other kinds of political resistance, but with self-aggrandizement and shortsighted nihilism.

That distinction is important, because it reflects the priorities and lived situations of those telling the stories. Most cyberpunk authors build their visions of the future by imaginatively slumming in the present. Their protagonists choose the margins, not because they are forced into that position but because it allows them to live out their fantasies of unrestrained frontierism. As such, these original cyberpunk stories don’t generally want, or need, to change society. It seems, rather, that they’re perfectly content partying in the rubble.

Someone who has actually suffered deprivation, who has experienced oppression under existing social systems, might want to see a model of cyberpunk that does incorporate political struggle and organized mass movements. They might not want the same unfair government systems that currently dominate their every waking moment to be depicted as untouchable status quo monoliths in the books they read, the movies they watch or the games they play. A fictional future built from Hood Cyberpunk tenets might hopefully provide energy with which to confront and even challenge the oppressive reality that we’re currently used to, that we expect to go on forever, unchanged.

Chasm Emerges from the Depths

Janet, The Good Place and Morality