The house where I live is my ancestral home. In a few weeks, I will be able to claim that five generations have lived here – my great grandfather died in the upstairs room that is soon to be the nursery of my son.

Ancestral homes, preferably ones featuring equally ancestral curses, are great settings for novels and movies, but you don’t come across them too often in real life (curses either, to my relief). People move around a lot, especially in North Jersey. Over the years I worked in Manhattan – one of several places in America where nearly everyone seems to be from somewhere else – my coworkers greeted my claim with incredulity that I would reserve for people claiming to have a pet jackalope. It was simply beyond comprehension.

Yet, when I think about it, I can scarcely believe it either. My home office used to be my bedroom. The spot where I am sitting as I type these very words is where my bed was. Through all the hours of sleep in the past and all the more recent hours of work, I can say with certainty that I have spent more time in this exact spot than I will any other spot in the world. This is a strange thing to know about oneself.

Stranger still to me is the knowledge that it is likely, at some point in the future, that another family will live in this house. Yet, even if they do, it is equally unlikely they will live here as long as my family has. I highly doubt any of them will spend nearly as much time in this spot as I have, either.

In 1986, I had a book called Realm of Chaos, by J. H. Brennan. It was the sixth in a series of pick-your-path game books called Grailquest that mixed Arthurian legend with Dungeons & Dragons and dry British humor (think Blackadder rather than Monty Python). I am warmly disposed to them, but I could not tell you the details of the plot to this or any of the other five books in the series. 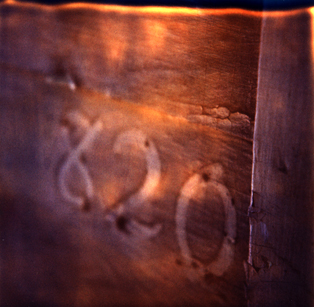 No, what I recall most vividly about Realm of Chaos is that I dropped it in the bathtub. Fully submerged. Once I dried it out, the cover stayed relatively normal, but the pages warped and froze into a wavelike pattern. The book took on a brittle feeling and everytime I opened it; it would pop in my hands as the wave pattern resisted my curling of the pages. This transformed version of the book seems appropriate – the realms of chaos had a good number of swampy, decaying locales.

I do not know why I remember this. Of all the things that have happened in this house, why is this one of the handful of memories that I can recall so distinctly?

There is a theory that claims ghosts, through a quirk of magnetism or some other magical application of science, are recordings of moments in time, played back over and over again, a fuzzy image on a much-loved VHS tape, flickering in and out of our reality. The memories of a place. A place’s memories.

I hear things sometimes. It was more frequent when my wife and I moved in around this time last year. We were doing quite a bit of renovation, which the crystal set claims can rile up the spirits. I have always wanted to see a ghost, and I am still waiting, but I might have heard one or two.

There’s a long hallway outside the door to my office. In the middle of the day, I sometimes hear footsteps there. Or in the attic, above my head (an impossibility, since directly above me is a crawlspace packed with boxes). I’ll go and check without thinking – it could be the cat, and I prefer him not lurk above the first floor – but there is never anyone there. Once, I found the towels I had left neatly folded tossed casually to the other side of the room. I sometimes shout hello to my wife, who I can hear talking downstairs, only to remember that it is too early and the house is still empty. 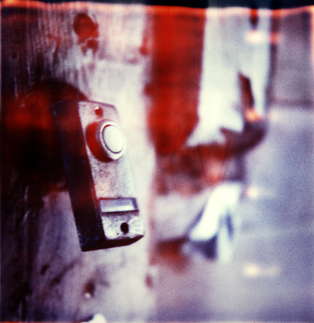 Perhaps it is my late grandmother, irked at how we’ve changed the house since she passed away. Maybe it is my great grandfather, a Scottish Presbyterian, disturbed by the presence of my wife’s Catholic curios.

Lately, thanks to the impending enormity of having a son, I’ve been thinking strange thoughts. I think about all that has gone on in this house over the decades and try to ken how much of it is repeating, as a time loop. My mother bakes shortbread in the same kitchen her mother did, where her grandmother taught my grandmother the family recipe; a recipe brought over from Scotland in a steamer trunk of wooden ribs and cardboard sides, a trunk I still own. My son will walk down the same streets I did, to the same elementary school I did, that my mother did. How many of his adventures will be just the same as mine, but entirely different? Nothing here changes, despite how little remains from when I was a child. A river always looks familiar, but it never has the same water.

I am leaving a mark on this place. Sometimes it is obvious, like the patio I am building out back, sometimes it is subtle, like the patina of wear my elbows are etching into the finish of this desk. Will my son appreciate this house the way I have? Will he see the marks I have left?

I wonder if all this has already happened. If we’re all ghosts in waiting. If I am already haunting this spot in my office that used to be my bedroom – listen closely at midnight and you’ll hear the clack-clack-clack of his keyboard, oh my!

Do we live in the house? Or are we haunting it? Are we the house’s memories, its dreams? Will this house haunt my son? Or will he be haunted by different ghosts?

Will he stay? I wonder if these ghosts follow him, even if he leaves.