I recently wrote my boss a jokey email wherein I couched a legitimate but minor professional complaint. More and more higher-ups around the office were using silly corporate jargon and one term in particular rankled me. I wanted my direct supervisor to stop using it around me at least, so I carefully constructed an email with the request surrounded by cheeky pop culture references and strategic uses of “haha” and “lol” so he’d know I wasn’t too mad about it. I thought things were gangbuster but soon enough a concerned “I hope you know you can always come talk to me,” etc. pinged my inbox. Eye-roll.

My dude, I just don’t like the term “bandwidth” being used to describe my time and/or mental resources (I’m a human, not a machine!), let’s not turn this into a counseling session. I couldn’t help wonder if he would have responded the same way to my male coworker making the request. Maybe he would! I’m not here to pillory my boss and I suppose I’m lucky to have one who makes an effort at honest communication. Nonetheless, I’ve felt societal pressure to hide or tamp down anger since I was a kid and I feel like that pressure is applied more strongly to women and girls. What if I didn’t need to obfuscate my annoyances and instead felt free to express them exactly as I experienced them? 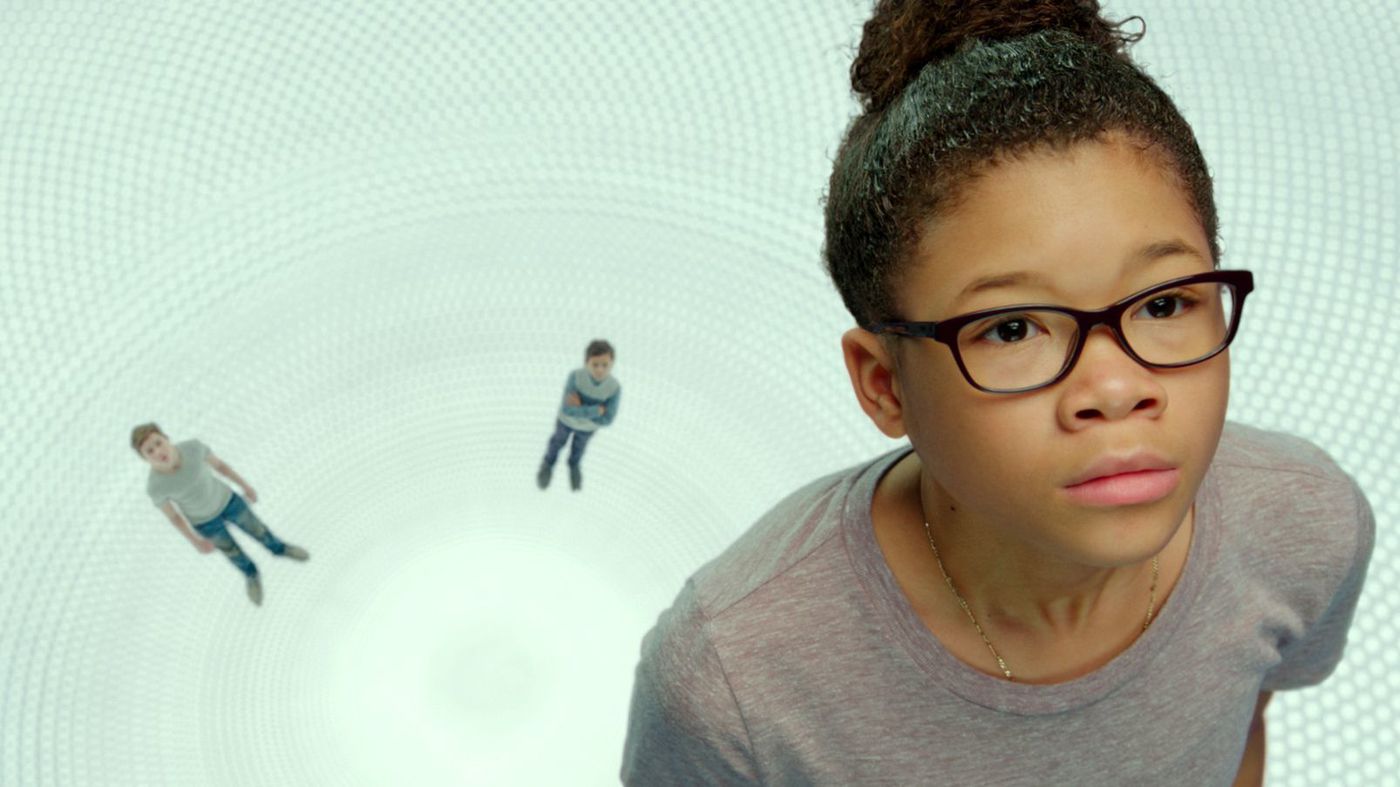 There’s a scene early on in the recent A Wrinkle in Time film adaptation where Meg meets with her principle after a schoolyard tussle. He points out how much potential she had as a student before her father disappeared and laments that she’s lost it now. He frames it as a personal failing – as if she should just bounce back from being (seemingly) abandoned by a parent. Asking a kid to just “be ok” is no substitution for teaching them how to deal with or even acknowledge their anger.

Fortunately Madeleine L’Engle knew this when she created Meg Murray’s character in 1962 and Ava DuVernay, director of this year’s film adaptation, seems no stranger to righteous indignation, either. I fell in love with Meg and her darkness when I first read her on the page and now that I’ve seen Storm Reid’s phenomenal interpretation, I love her even more. In addition to hitting all the right notes as a sensitive braniac, Reid brings a palpable social anxiety to her portrayal of the awkward preteen that modernizes her for current audiences. #Relatable, indeed.

Meg’s anger and pain are the reasons she’s able to save her family. Mrs Which explains fairly early on that she, Mrs Whatsit and Mrs Who are made of only light and thus unable to travel to Camazotz, the dark home planet of the evil entity IT. It’s Meg’s stubbornness and rage that pulls the group to its surface via tesseract and it’s those “negative” attributes that allow her to stay there when her baby brother Charles Wallace is in danger. During the film’s climatic battle, Meg works through her darkest feelings to find the kernel of fierce love they were protecting. Ultimately, she learns, she’s strongest when she finds the balance between her darkness and light – a lesson personified by the character of the Happy Medium, who is one of the first to impart to Meg that all she needs to win is already inside her. Of course, her emotional arsenal includes her perceived failings as well as her obvious courage and pluck.

I didn’t find this year’s movie to be a perfect adaptation, but I think this is an incredible lesson to instill in girls. I’m thrilled that a new generation of girls, particularly black girls, gets to see the power in feeling and utilizing the whole spectrum of their emotions in order to thrive and effect change as fully realized human beings. Darkness can injure, but it can also offer protection. Light can illuminate, but it can also too harshly expose.

DuVernay also delivers one of the single most inspired depictions of the way fear, anger, jealousy and darker emotions are used to manipulate people into performing the worst versions of themselves. In a remarkable montage, each of the film’s antagonistic characters is shown to have personal sufferings that, when coupled with evil’s influence, feed and power their worst impulses – heretofore the only attributes the viewers have seen define these characters. The sequence plays out over Mrs Which’s explanation of how IT/The Black Thing (two separate entities in the book which the film seems to conflate somewhat) has a corrupting effect that reaches far across the universe, all the way to our world. It’s a powerful affirmation of empathy as a way forward through conflict, even as it reiterates that it’s not the emotions themselves that are the problem, but the use of them as reasons to harm others.

There’s a moment near the end of the film when Meg and her next-door neighbor, the girl who also torments her at school, share a small wave through a window. The bully is featured prominently in the montage, so at this point it’s clear she’s been facing her own turmoil. It’s Meg who makes the first move of course, now that she recognizes every part of herself as what makes her a true warrior. The bully’s reciprocation is a small and hopeful gesture, though. May she and every one of us aspire to be a Meg Murray, a girl who’s not always right and not always “good,” but always true and always brave enough to feel every edge of her emotions. May we all of us be warriors, even and especially if we’re sometimes angry ones.

A Wrinkle in Time