With the avalanche of video games releasing every day, it’s virtually impossible to experience them all. E-soterica spotlights the indie darlings Khee Hoon Chan and Alyse Stanley just can’t stand to see players miss, titles that buck convention or brave subjects rarely seen in the industry, or whose inexplicable strangeness begs gamers to stop and gawk. Come join us as we scour the corners of the internet each week to share with you what treasures we find.

You may have felt this sensation when watching the calm, soothing presence of Bob Ross, the American landscape artist and amiable host of the television show, “The Joy of Painting.” A sensual tingle that starts in your head and crawls down your spine, it’s akin to a pleasant massage that reaches to the deepest recesses of your soul. This peculiar sensation is called auto-sensory meridian response (ASMR). Aside from Ross’s bassy, mellifluous voice, it’s also triggered by the aural stimulus found in his episodes—the whispers, slow speech patterns, and the gentle scraping of his brushes. Some have even gone so far to describe this feeling as “head orgasms”. Probably the opposite of what happens to headcrabs victims in the Half Life series.

But ASMR is more than just getting tingles out of Ross’s quiet soliloquies and unassuming demeanor; entire communities have sprouted around this phenomenon, with creators uploading ASMR videos of their own to sites like YouTube. These creators—usually white women—record themselves speaking in hushed tones, sometimes including the sound of miscellaneous objects scratching against their hands or surfaces. Their faces will veer extremely close to the screen, as if reenacting a intensely private scene. In one video, a lady set the camera next to her as she rests her head on a pillow. She stares into the lens directly, whispering words of encouragements while lightly humming a lullaby.

This intimacy is what Dani Soria, the developer of a short simulation game called ASMR, wanted to tap on to share a deeply private experience: the notion of being transgender, and what it is like to be in their shoes. Conveying this message through ASMR-inducing stimulus may feel like an odd choice at first glance, but it soon dawned on me how apt this expression is. Upon starting the game, you’re directed to a likeness of a YouTube page that’s host to an ASMR video, with a lady whispering, “QWERTY”. By entering these keys on your keyboard, you can generate a variety of murmured words, as the game’s hidden messages are gradually divulged.

Whispering into someone’s ear is an incredibly personal act of connection, but this is more than just a vehicle of delivery in ASMR; it’s also symbolic of the way Soria had to live their daily life. “I have to adopt a masculine identity because of my family, as well as the place where I’m studying at, which are extremely religious and conservative in their views,” shared Soria. “If I wanted to express myself as the person I feel that I am, I’d have to mask everything this way. It’s kind of like shouting into a pillow.”

Through ASMR, Soria wanted to bring out the uncomfortable intimacy of ASMR videos as well, perhaps to convey a feeling of intrusion as they invite players on this odyssey of discovery. The hushed tones, close-up shots of the creators’ face, affectionate gestures like putting their hands around the camera, and soft words of affirmation to put the viewer at ease—all these can put off the uninitiated. “I know ASMR can be uncomfortable to people, in a somewhat similar fashion to porn, at least in the way people who consume it are perceived,” explained Soria. “I wanted to use this to my advantage.” 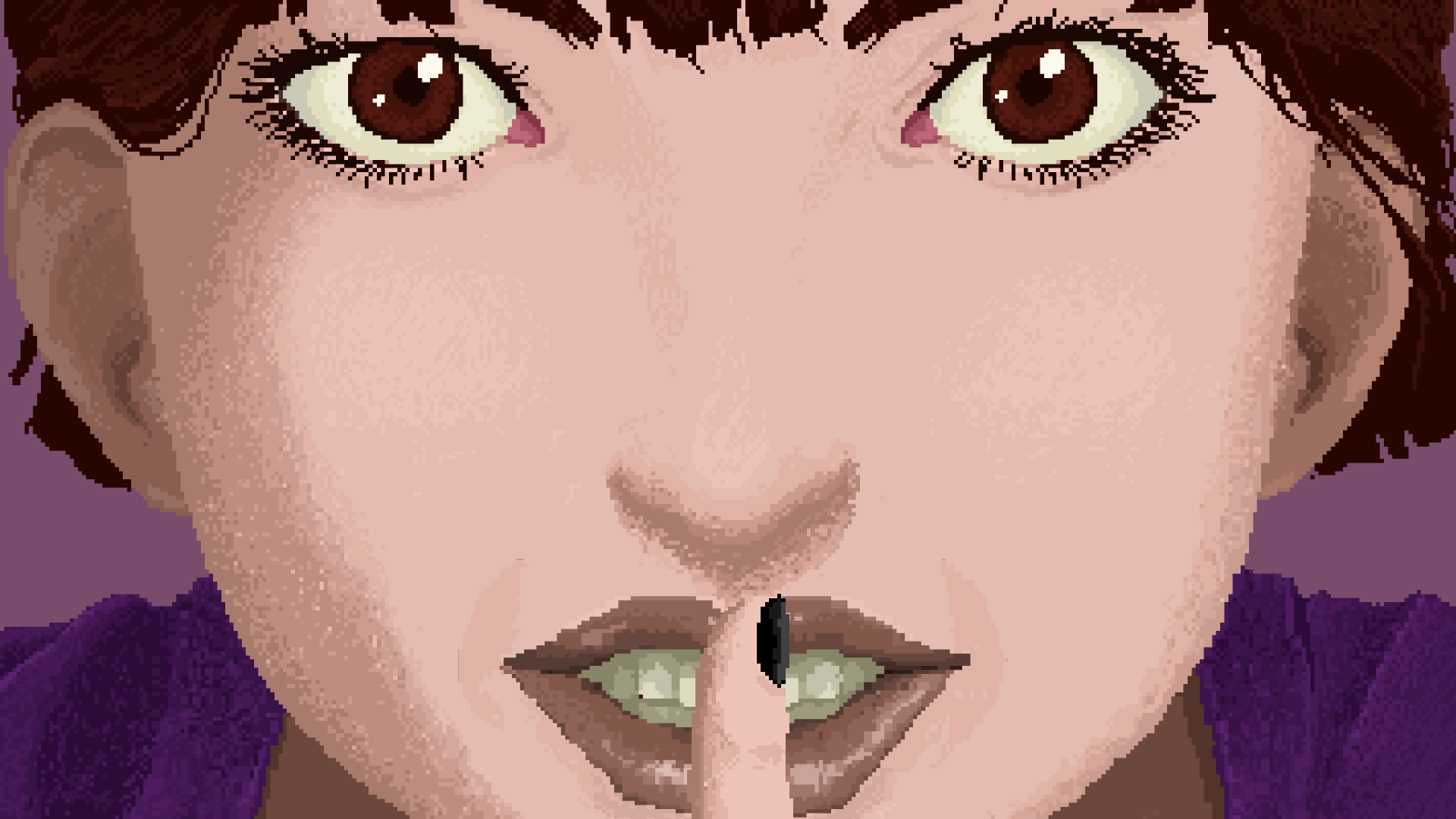 As such, ASMR tries to lull players into a sense of comfort initially, even as a creeping sense of disquiet sets in. Try to expand the YouTube video in the game to full screen, and you’ll be faced with a close-up of an animated figure shushing you, her eyes never breaking contact as she gradually puts a finger to her lips. The fact that the subject is animated, instead of a physical human being, heightens the sense of unease. And when you punch in all the on-screen prompts the game throws at you, ASMR quickly becomes unnerving, with flashing lights and depictions of body horror materializing. At once, you become privy to the painfully raw emotions Soria experiences, as they describe the unease they feel in their own body and the way they are perceived.

“We don’t really choose our bodies, or the way they fail us, and I feel this is one reason trans people seem to connect with the theme of body horror,” said Soria. “For me, it’s mostly the way I’m seen that feels different from who I am.”

ASMR is a startlingly vulnerable portrayal of one developer’s experiences of being transgender. It’s a powerfully quiet form of self-expression—one that invites players to understand the anxiety and frustration of not being perceived for who they really are. And as a largely niche and misunderstood phenomenon, ASMR proves to be a quietly powerful way of sharing these thoughts, carrying more meaning than what the loudest, most raucous speech can ever do.