Hello again. It’s time for your monthly dose of riffs, brother, and you’re just in time! This month we have grindcore . . . we have black metal . . . we have idol groups? That’s right. Heaviness can come from anywhere; anyone can be heavy. How many knots do METALHEADS tie themselves in trying to parse genres into a thousand infinitesimal variations? There are no gatekeepers here at The Usurper. That’s kind of the idea! Metal is just music, and music is a thing you listen to. Music is not politics or praxis or an identity. Do you know how many abusive, destructive scumfucks coast on the inexplicable surplus of social capital that comes with being IN A BAND until it’s way too late? Stop making this your whole thing; take responsibility for yourself and “your scene.” Lecture’s done. Time to bang your fucking head.

Necronomidol are a Japanese alt-idol group who absolutely shred and that you need to listen to now. Their members serve relentless witchy bloodsucking looks; please watch this video. Strange Aeons is a four-track EP that follows up their equally dope Dawnslayer EP from last August, digging deeper into the group’s blend of thrash, darkwave, and black metal. “Witching Hour” throws down a chunky Judas Priest homage; “Bloodwings” is all surgical triplets and scything pedal tone riffs (briefly referencing King Diamond’s “Sleepless Nights”). But it’s “Dirge of Baldr” that was the real surprise for me, with crystalline synth trills hammering on the downbeat and a boxy drum machine pushing the song into a relentless melodic climax. Necronomidol are the confluence of all your dumb nerd obsessions—Lovecraft, ero guro, metal, goth nights at your local club—but somehow way cooler than you will ever fucking be.

Japanese two-piece Monnier’s self-titled debut is just over 11 minutes of terrifying grind. You might recognize vocalist Makiko from her other grind act Flagitious Idiosyncrasy in the Dilapidation—Monnier are more compact, melding into a solid brick of sound merciless in its intensity. This is chaotic, impassioned, pained stuff. 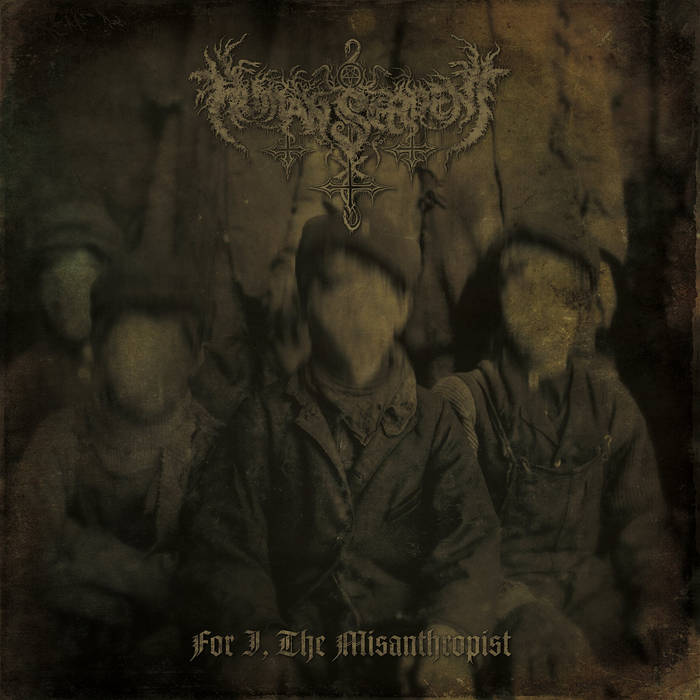 Human Serpent – For I, The Misanthropist

Greek duo Human Serpent play nihilistic anti-life black metal, all “Thee Fungus Ov Modernity Shall Never Touch Our Flesh” and shit, but really all you need to know about them is that ten seconds into album opener “Seven Million Slaves,” vocalist X. (yep) hocks a loud loogie into the mic. Are you a fucking MIND-SLAVE to SOCIETY, listener? Consider yourself spat on. Posturing aside, For I, The Misanthropist offers cutting, energetic black metal with sheets of tremolo riffing that put a tighter spin on second-wave staples like Mayhem or Darkthrone.

Eldamar – A Dark Forgotten Past

This is a sweeping, pretty black metal album by a Norwegian band named after some place where Elves lived in Lord of the Rings. Eldamar is a one-man show, but a lot of the record is driven by a woman’s voice—pure and keening above the dense motion of the music. There’s not a lot of variation throughout, aside from the string-and-vocal interlude “The Passing.” Put this thing on and think about Elrond.