This month I am physically and mentally sick but I also have a new NECRONOMIDOL record to slather in hyperbole so it all evens out! I’ve been trying to catch up on stuff I missed this year, which will come in a future column, but, for now, I have a taste of the kvlt and the kawaii both.

This marks Necroma’s third appearance in this column. You could call me a fangirl, I suppose, if you were so inclined. VOIDHYMN compiles several re-recordings of tracks from previous EPs like Dawnslayer, Strange Aeons and From Chaos Born, along with a third (fourth?) version of the band’s signature song “Skulls in the Stars.” The versions of “Psychopomp” and “Strange Aeons” are definitive: The girls have never been in better voice, and the band’s intensity never lets up. The berserk riffing on “Strange Aeons” is newly flecked with glimmering synths and “Psychopomp” version 2.0 trades its previous music-box introduction for a lonely Cynic-style guitar figure. 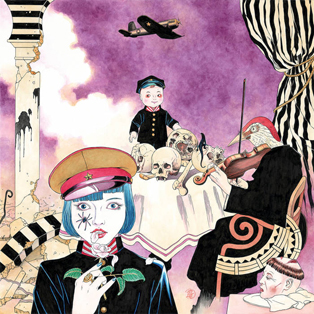 It’s on “Psychopomp,” too, that you can hear just how precise Necroma’s vocals have become. The verse melody is in the girls’ falsetto range; on the old version, their voices float just behind the instruments, with a soft, almost whispered timbre. But in the new version, their technique is confident and bold – vibrato-laced voices ringing out above the tension-filled arrangement as clear and pure as bells. The re-recording of “Dawnslayer” suffers slightly from dragging its metalcore chug up to a higher tuning, but it allows for upper-register vocal lines that fit the VOIDHYMN aesthetic better. The new “Skulls in the Stars” turns the former darkwave banger into something more along the lines of “You’ve Got Another Thing Comin’.” It’s not my favorite version – the arrangement is a little static – but the singers tear into it with audible glee.

As for the other new tracks: “Thanatogenesis” is an absolute ripper driven by absurdly tight blast beats and a dense melodic black metal chord progression. It was written by the same guy who wrote “End of Days” off Deathless, another gloriously intense marriage of white-knuckle riffing and neat, controlled vocal lines. “Samhain” sounds like Bauhaus (instant fav) and “In Black” is a bottom-heavy darkwave nightmare where the girls take turns laughing, presumably at how shitty you are. There isn’t a bad track here (although slap bass briefly intrudes on the Slough Feg-esque “Kadath”). Necronomidol are one of my favorite metal bands on the planet right now – maybe the metal band I had always dreamed about but never quite found – and there is no amount of credit they can get that will be sufficient. Prostrate yourself, worms . . . 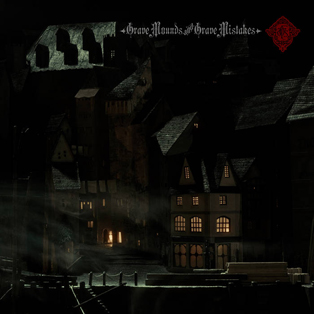 A Forest of Stars – Grave Mounds and Grave Mistakes

You know that part in the comic From Hell when Sir William Gull has his driver take him around London while bludgeoning the poor guy with an exegesis on the secret occult history encoded into the city’s architecture for an entire chapter? That’s what A Forest of Stars sound like; like some fin de sèicle antiquarian out of his mind on absinthe, cornering you at a party with all manner of horrid tales. It’s entirely likely that you’ll listen to two minutes of this record and immediately despise it – this is a strange and theatrical album, nominally black metal but more Grand Guignol than Grand Belial’s Key. 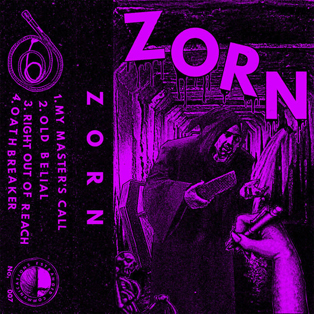 Hat tip to fellow Unwinnabler Levi on this one. Deathrock with black metal vocals; the guitars are soaked in chorus, one tearing through thrashy riffs while the other overlays queasy surf-style arpeggios. Have I just described this EP with references to four different genres? I have, but only because it’s the kind of synthesis that sounds effortless to play but difficult for music critics to sufficiently describe. 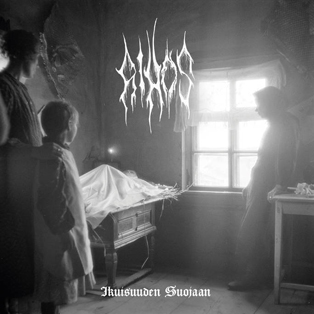 Aihos – Ikuisuuden Suojaan
Finnish quintet Aihos play comfortably straightforward black metal. Frigid, melodically dense riffing blanketed in an equally frosty production; dry drums and slightly scooped guitars. The guitar interplay is quite nice on this record, making good use of counterpoint harmonies and contrasting tones. Trad black metal like this I think puts the lie to the idea that shoegaze-esque walls-of-sound were ever not part of the music. 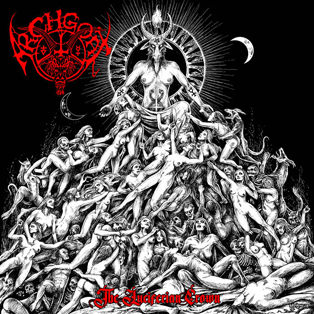 Archgoat are masters of “releasing the same record for decades,” and this one is as sturdy as any of them. Maybe even more so, since the band’s new drummer adds some crossover flair to the raw-edged din. Extraordinarily ignorant stuff here, like the work of three guys who’ve been in a cave since the first Mayhem demo. 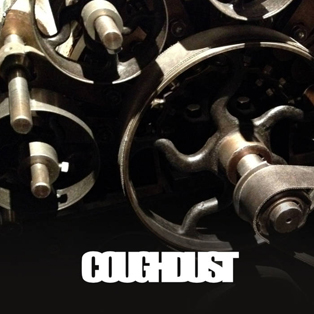 This is sort of what I wish Sumac, or even Conan, sounded like – Godflesh meets Crowbar, total low-end destruction shit. I guess Sumac is bent on being a Time Signature Band and Conan continues to spelunk the depths of tedium, so I’m glad Coughdust are around. It reminds me a bit of the grotesque doom trio Bodies on Everest; if “sludge” meant anything, I think it would describe this kind of doom. Room-filling drums, corrosive guitars, men roaring themselves hoarse, all mixed to the threshold of clipping. 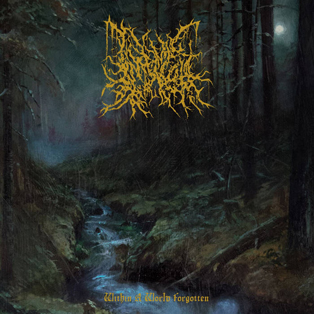 Infernal Coil – Within a World Forgotten

Finally – Boise trio Infernal Coil’s Within a World Forgotten. I don’t really know how to describe this record? I guess it’s death metal, but instead of the whole caverncore thing where a producer cranks the reverb and calls it a day, there are almost sculpted refractions of sound flying off the music. It charges the record with a beautiful, elusive energy, where your attention is not just on the composition itself but also everything above it, sonically, as crystalline sheets of ambiance and whispering and double-tracking and just noise crackle in the upper reaches of the mix. It’s really impressive, actually, sort of melding the usual atmospheric black metal tricks with a brutal death metal foundation. Note: vocalist/guitarist Blake Connally is also in dormant Atlanta grind act Dead in the Dirt, whose The Blind Hole takes a similar, though less layered, approach to the production.