This profile is a reprint from Unwinnable Monthly #100. If you like what you see, grab the magazine for less than ten dollars, or subscribe and get all future magazines for half price.

How’d you get into illustration?

I really stumbled into it.

I had always been into geeky hobbies. I have been reading comics and manga since I knew how to read, but this was not the plan. I first started drawing half way through high school, after I discovered fanart online. Encouraged by the artwork I saw by young artists I saw on the online Legend of Korra fandom, I decided to teach myself to draw. As a junior in high school, I was constantly getting yelled at for drawing in class and all over my homework. I was a good student, but there wasn’t any paper or desk or book I could stop myself from scribbling on.

I ended up going to college for psychology, but also took my first cartoonist job for The Tempest, an online feminist publication. The comics weren’t very good, but a couple of them went viral. The CEO, Laila Alawa, became a close friend and mentor and, with her help, I became a lot more confident in my art.

The final push to head into illustration was the comic Ms. Marvel. It was mind-blowing to me to see Kamala Khan, the Pakistani-American superhero who also happens to be Muslim. I say “happens to be” quite deliberately, because she was so much more than just her faith. She was funny, kick-ass, loveable, and more. Ms. Marvel was my first positive example of a well-rounded Muslim character.

I didn’t even know what I had been missing until I had it in my hands, and that feeling never left me. I switched to Illustration that same week, halfway through my freshman year.

Tell me about this astronaut boxer? There’s a lot going on in that illustration.

That whole illustration was kind of a stream of consciousness. I was so burnt out after I had finished my junior year. I had been juggling client work and projects and classes. I decided I had to draw something for myself for once. I get into tiny details when I ink, so many of the weird little extras are a result of indulging in that. I don’t know why, but I have a bit of a running theme of obscured faces/heads in my work. People are wired to look for faces and eyes before anything else. I like to see what happens when you depict a figure without the most human element about them.

Actually, there’s a lot going on in all your work. There’s a distinct cultural and political undercurrent – can you expound on that?

I make an effort to make my work feel well-researched and intentionally referenced, no matter what I’m drawing. I don’t believe in lifting any visuals for aesthetics sake, even when working with fantasy. The job as an illustrator is to communicate and all visuals have context. You owe it to your audience to actually understand your imagery.

I often depict people of color and reference different cultures and ethnicities in my work. It is not political, but the reality in the US politicizes the very existence of those people. I believe in the power of casual inclusion and it’s always interesting to see what narratives people will project on to my work. The most interesting thing about being an illustrator is seeing how different people will interact with your art.

Your Bedouin playing cards are a bit of a contrast – black and white, a bit more intimate. What drew you to Bedouin culture and why juxtapose them with playing cards?

I am Jordanian-American, my entire family is from Jordan, even while my younger siblings and I were born and raised in the US. My family has Bedouin roots, and some of my great aunts even have the distinct facial tattoos and dress.

The playing cards were a prompt from an instructor and I wanted my own definition of royalty to be depicted on them. Bedouin culture is all about pride, incredible hospitality, and dignified tradition. I wanted to these figures to feel like a real presence, and challenge myself with their gaze and body language to feel like the audience has stepped into their world.

This was the first time I had ever drawn directly an illustration inspired by my own background. It was a very grounding experience. I hope to expand this series and make it available as a real deck in the near future.

What do you hope people take away from your art?

I hope I get them hyped enough to go make their own art, too. 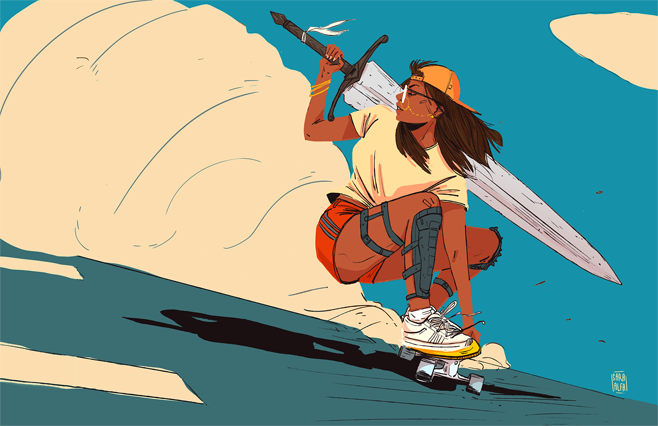 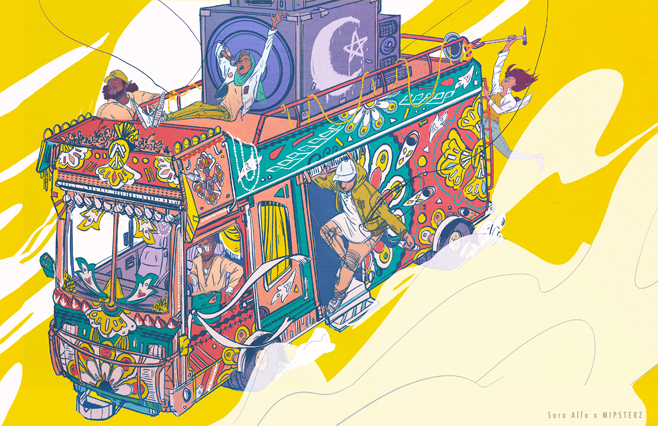 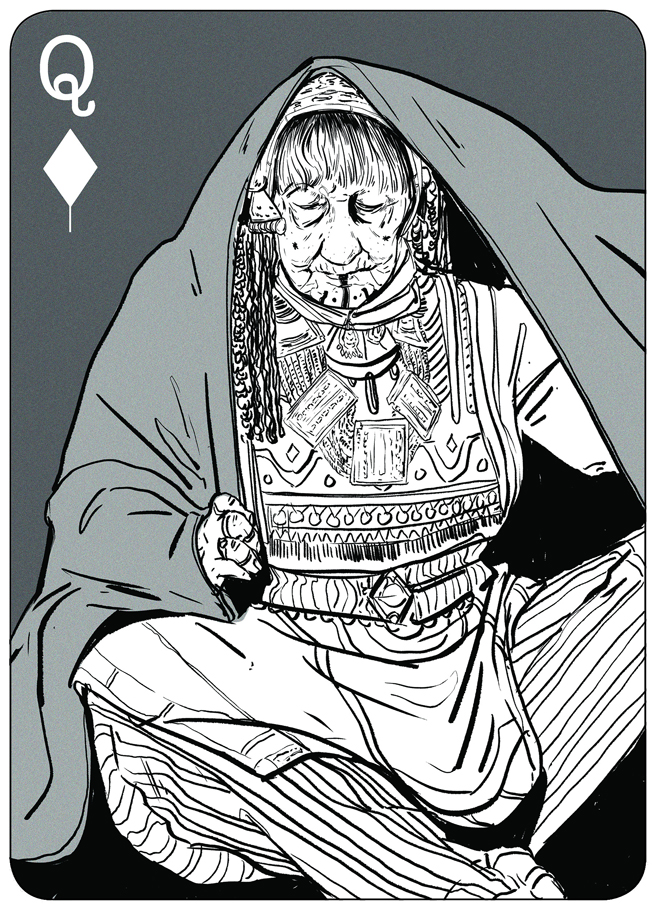 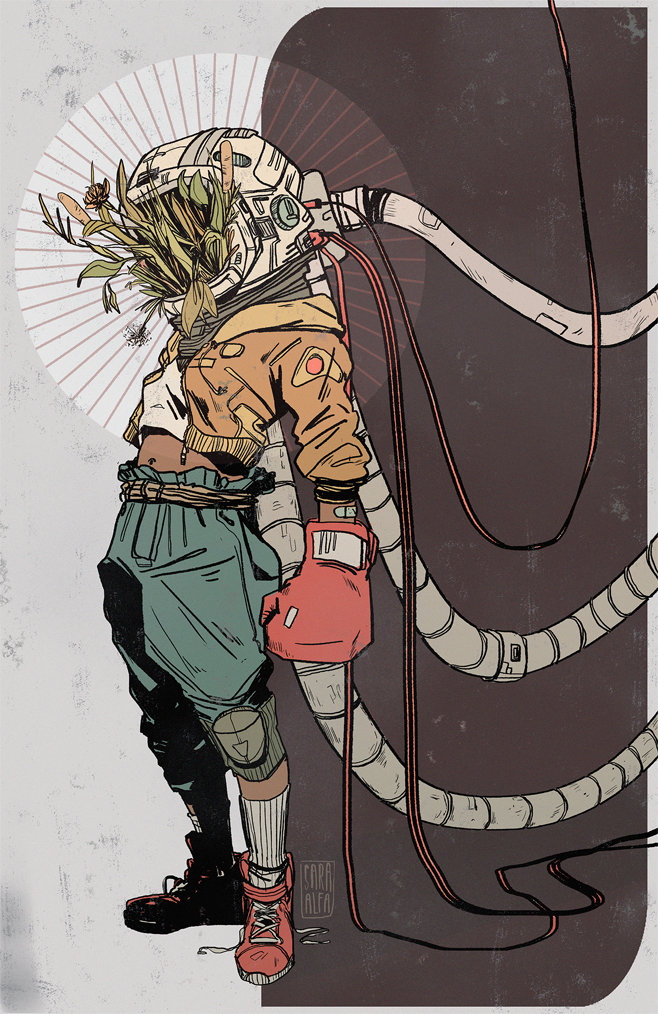 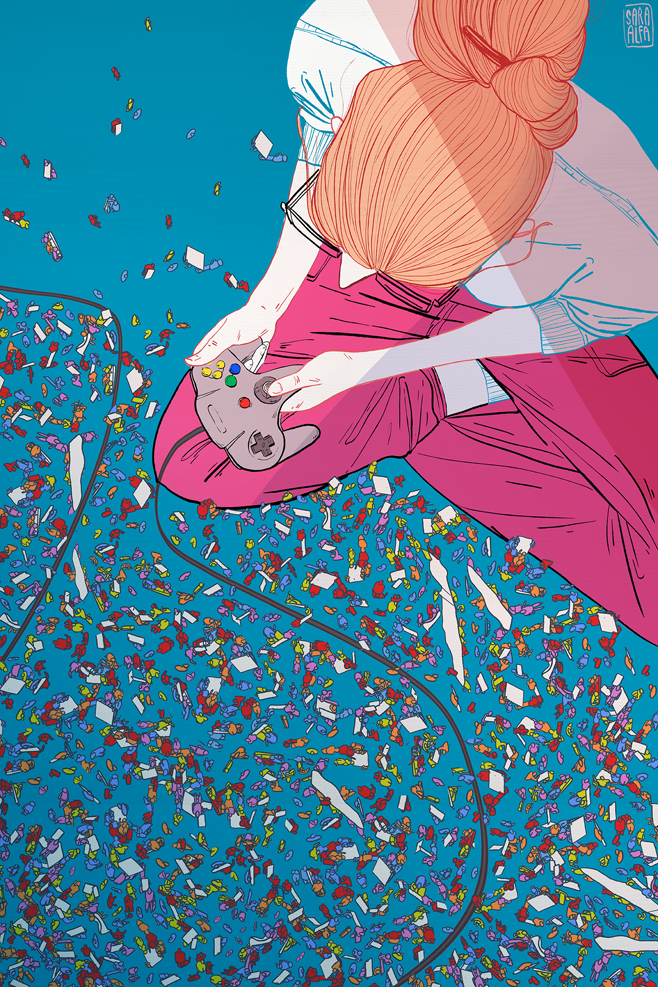 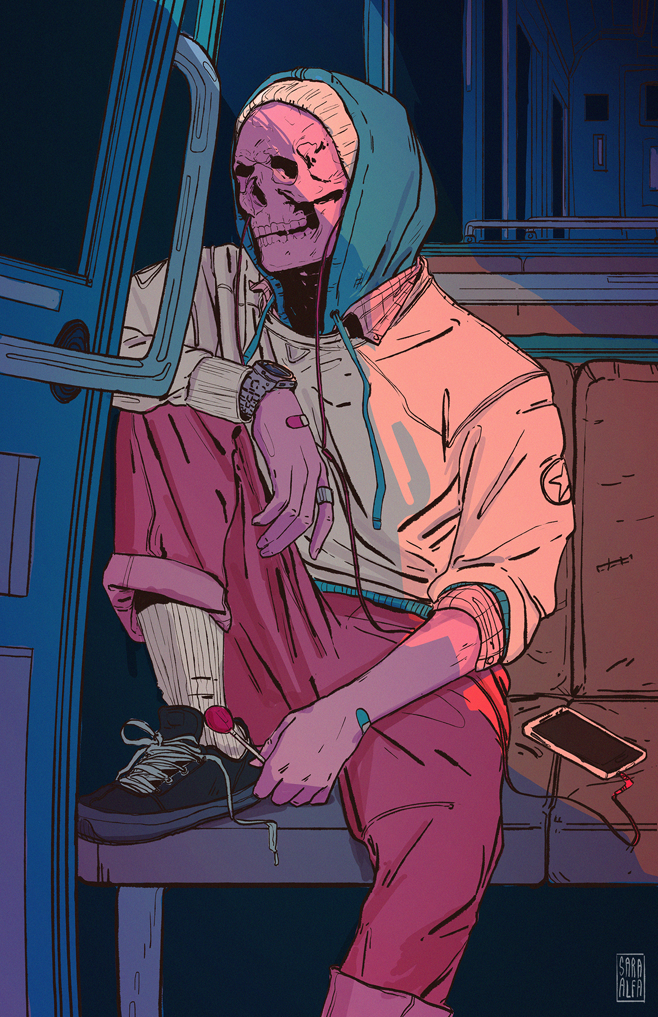 To see more of Sara’s work, check out her official site or follow her on Twitter @thefoofinator.

The Astonishing Banality of Cinematography in The Outsider