October has finally arrived, bringing with it crisp winds, decorative gourds, readily available Count Chocula cereal and death. All around us, leaves wither and fall lifeless to the ground, leaving behind barren branches reaching up towards grey skies like skeletal hands from a grave. It is, truly, the most wonderful time of the year.

It’s also the time I hold an annual viewing or two of William Friedkin’s The Exorcist. I’ve loved horror movies and Halloween and all kinds of spooky things since I was kid, but The Exorcist has always ranked near the top of my list. It’s one of my favorite movies, period, so you can imagine my delight when I checked out last year’s television version and found it to be far from the derivative, clumsily modernized adaptation I feared. It managed not only to expand the world of The Exorcist to include new characters and higher-stakes plotlines, but to fit a new story neatly (and surprisingly!) alongside the plot of the original film.

Demonic possession is a concept both terrifying and thrilling to me, and the world of The Exorcist handles it particularly well. The idea that a demon could posses a human being via supernatural occupation of a shared psychic space is scary enough, but Pazuzu (et. al.) also having the capability to probe the deepest fears and desires of literally anyone else they talk with gives me chills even as I write this. Fears and desires can be weak spots in a person’s sense of self. To quote Dostoevsky, “there are things which a man is afraid to tell even to himself, and every decent man has a number of such things stored away in his mind.” Someone giving voice to and weaponizing any of my deep-seated fears or fantasies would leave me shaken, let alone if they were using a loved one’s body as an avatar.

The decision to use an actor to embody the demon in The Exorcist television series is one of the best choices the show makes. Having the film version manifest entirely through Regan is interesting, of course. There’s a lot going on there. From a certain point of view, it’s a movie about a pubescent girl suddenly acting so intensely erratic that official representatives of perhaps the most patriarchal institution in the world have to be called in to wrestle her into submission. I’d argue it was a bit sexist if puberty weren’t actually such a bitch.

The movie plays heavily on the psychological fears of the characters – mothering a stranger, aging, the nature of faith, the constant balancing of good vs. evil within the human heart. It doesn’t do the seduction of evil, so much. At least, we aren’t privy to Regan’s internal experience of it. 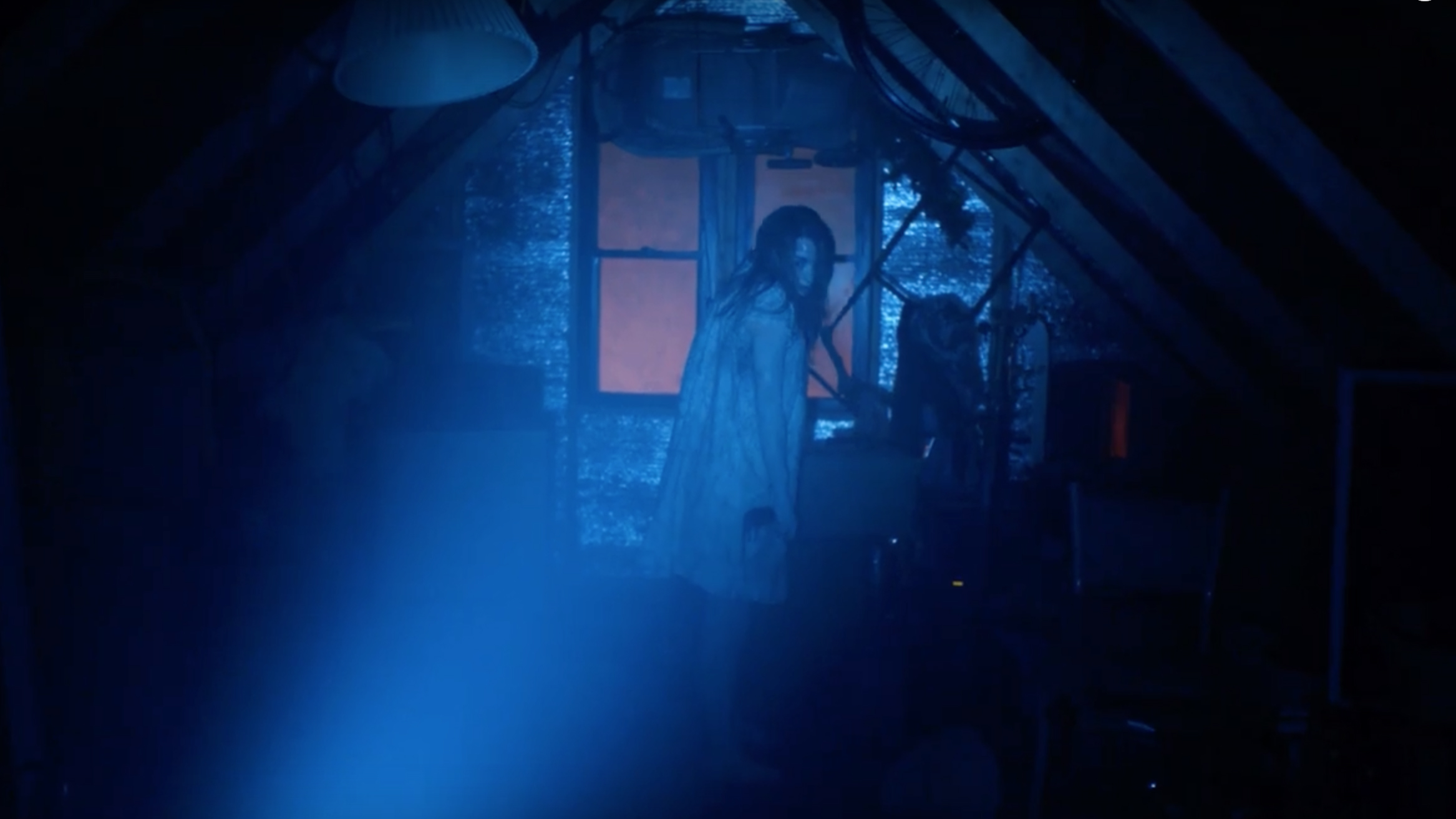 With Casey, the possession victim in the first season of the TV series, we get to see her actually interact with her demon. In his first appearance, he’s a grandfather in Willy Loman’s suit, bending a sympathetic ear to a teenager who feels alone in the world and isolated from her family. The who-is-this-character meter oscillates between invisible friend and benevolent spirit. With each new appearance, however, his suit becomes slightly more and more tattered – torn with blackened, burnt edges and stained with ash. His teeth get tarry and he looks like he stinks of sulfur and smoke. He can only maintain the glamor for so long.

I appreciate seeing things from the possessed girl’s point of view. I was close enough to Regan’s age when I first saw The Exorcist to be afraid for her. What a horrifying ordeal to go through (again, not unlike actual puberty). Ultimately it’s revealed she doesn’t remember anything, thankfully, freeing me up to worry along with Father Karras about God, faith and the inherent evil within men upon subsequent viewings. I would still wonder, though, how the hell did Pazuzu get to her in the first place?

There’s a moment in the show’s first season when a man sexually harasses the teenaged Casey on a Chicago L train. The harassment is slightly amped up for dramatic effect, but it’s a fairly straightforward example of what many city-dwelling women have experienced at some point while riding public transportation. Immediately afterwards, the demon appears to Casey. He whispers in her ear, tempting her to take revenge on the harasser, promising her the power to make it so he can never say another filthy thing in any woman’s direction ever again, just so long as she lets Grandpa Smoky all the way in to her mind. Casey accepts the terms, then removes the douchebag’s lower mandible with her bare hands.

The first time I saw that scene, a single thought zipped through my mind like quicksilver, taking the form of the internet’s favorite term of agreement for complex situations and feelings: same. A second later I made it official by crossing my arms, nodding, and audibly announcing, “same.” That’s when I knew a demon could steal my soul.

Happy October, everyone. Keep it spooky and have some Count Chocula for me. The second season of The Exorcist is airing now.