One food I grew to love during my childhood is actually broccoli—not because of how it tastes, mind you, but because of its endless possibilities for play. Wedging these little pieces into my rice upright makes them look like miniature trees, and I would become a powerful giant on a rampage, destroying and devouring the tiny little worlds within my bowl. I would pluck out these trees, chuckle insidiously to myself, and munch on them with uninhibited glee. It’s one of the few times in my life my mother would beam with pride, because I looked like a kid who enjoyed her vegetables. Imagine that.

But if I dare stick a pair of chopsticks into my rice, she would slap my hand and snap, “Don’t do that! It looks like joss sticks!” She didn’t know that I’m Poseidon, and these are merely my tridents for inflicting more destruction onto these worlds. Watch as the rice scatter, the meatballs tumble down, and the beans get mushed into gooey rivers. I’m invincible!

Of course, I soon learned from a young age that playing with food is taboo, or at least in Chinese customs. Sticking a pair of chopsticks in rice makes it look like incense for the deceased. Flipping cooked fish on its back invites bad luck as it brings into mind capsized boats. And as a source of sustenance, my parents treated food as a symbol of reverence; playing with it can seem disrespectful. That may also be why food playing is often perceived as a child-like behavior, like digging your nose or scratching your pits in public.

To be frank, I never outgrew this phase; I just learned to disguise it in the company of others. Thankfully, this terrible habit of mine can finally be indulged in an upcoming food art game, Nour. Be it a bowl of delicious ramen or an overflowing cup of bubble tea, I’m free to interact with the food however I want. No strings attached. In fact, developer TJ Hughes has even taken out objectives that were present in the first few builds of the game, so that players won’t be constrained by these goals. What’s more is that all these dishes are so enticing and exquisitely designed that, like a young child naturally drawn to colorful objects, I feel the urge to reach out and make a mess of everything. 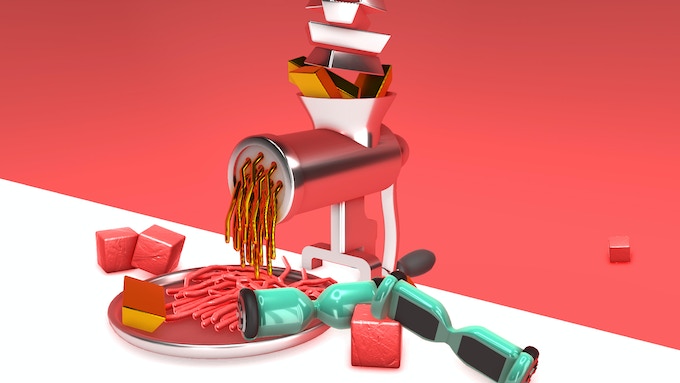 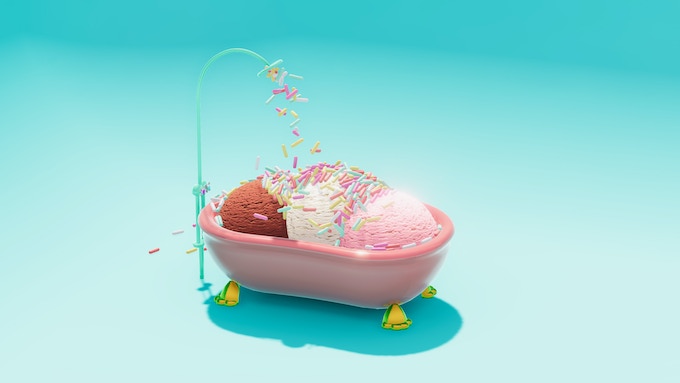 Food in early videogames have typically been about nourishment. In between bouts of fist fights and monster slaying, you may pick up a chunk of meat or milkshake, which are dropped haphazardly from the heavens or by downed enemies, to give your health a much-needed boost. It was only in later years that food played a bigger role as a source of comfort for players. Games like Skyrim, Fallout 4, and Final Fantasy XV have a greater emphasis on cooking as compared to older videogames. Coupled with the capacity to own homes, these dishes make your abode feel cosier and lived-in. I’ve spent countless hours arranging boxes of Sugar Bombs and Nuka Cola in my Fallout mancave, even though this doesn’t help me secure any tangible in-game achievements.

So despite how sacrilegious playing with food is, this has somehow become a comforting habit. I still do enjoy imagining macabre scenarios, like pretending that I’m saving drowning villagers in a bowl of soup with strands of noodles—and when they’re least expecting it, I slurp them all up like a backstabbing troll. Like what Hughes have told USGamer’s Caty McCarthy, this activity is a little like playing with an action figure. It’s all about the theater of the mind. “You don’t ask, ‘Okay, well what am I supposed to do with this?’ You just play with it. You come up with your own game almost,” he mused.

Well Hughes, I really hope Nour has broccoli and rice.

If you want to play with virtual food as well, you can chip in on the campaign at Kickstarter.

Chasm Emerges from the Depths

Escape from the Sweet Board Game Bubble
Previous Post