David Davids is a fool with an inclination for the perverse. All he ever wanted was to have hot, kinky and deranged sex, but his wife just wouldn’t allow herself to be at the mercy of his sexual whims. Plus, approaching women on the streets was futile, because they mostly screamed at him about being a creep. Out of desperation, he decided that becoming a world-famous author—the likes of Ernest Hemingway, perhaps—would get him all the sex he craved for. I mean, Hemingway had four wives then. He must have some raw, sexual prowess that made him so irresistible to women.

There is a small problem though: Davids can’t write; it makes him think too much, and that hurts his brains. That’s why he decided to join a cult. Which is easy! All he needs to do is to follow instructions, like bath in the blood of virgins and sacrifice a couple of innocents. Dealing with writer’s block can be truly frustrating. Which aspiring writer—nay, even professional writers—hasn’t considered joining a cult to combat these issues? Unfortunately, Davids’ exasperation with his inability to write is probably his only relatable trait, and there’s nothing about his time with the cult that suggest that he’ll ever redeem himself. Yet, Bucket Detective remains endlessly enjoyable as a horror-comedy videogame. It brims with caustic humor, even as the story grows progressively darker and Davids becomes increasingly dumber.

But how is Bucket Detective as engaging as Davids is abhorrent? If you’ve ever taken a writing course or even been part of a book club, you may hear that one of the most important qualities of a fictional protagonist is his or her relatability. This nebulous quality of being likeable has somehow become a criterion of good literature, which may be behind American host and radio personality, Ira Glass’ minor controversy back in 2014. After watching a theatrical production of King Lear, he had casually tweeted his revelation that Shakespeare sucks as a writer. If relatability is the only measure of what makes an appealing story, then yes; how can anyone identify with the mad King Lear?

Unlike Bucket Detective, there hasn’t been a lot of videogames that feature protagonists as repugnant as Davids. The participatory nature of games means that having relatable heroes or heroines can ease players into the role they are supposed to take up. Yet, part of the strength of stories is their capacity to relate experiences that may feel completely alien. Most may never know what it’s like to join a cult, for instance, but putting players in the shoes of an empty-headed narcissist allows them to comprehend the horrors of being in one—all without the emotional posturing of a more well-developed protagonist. 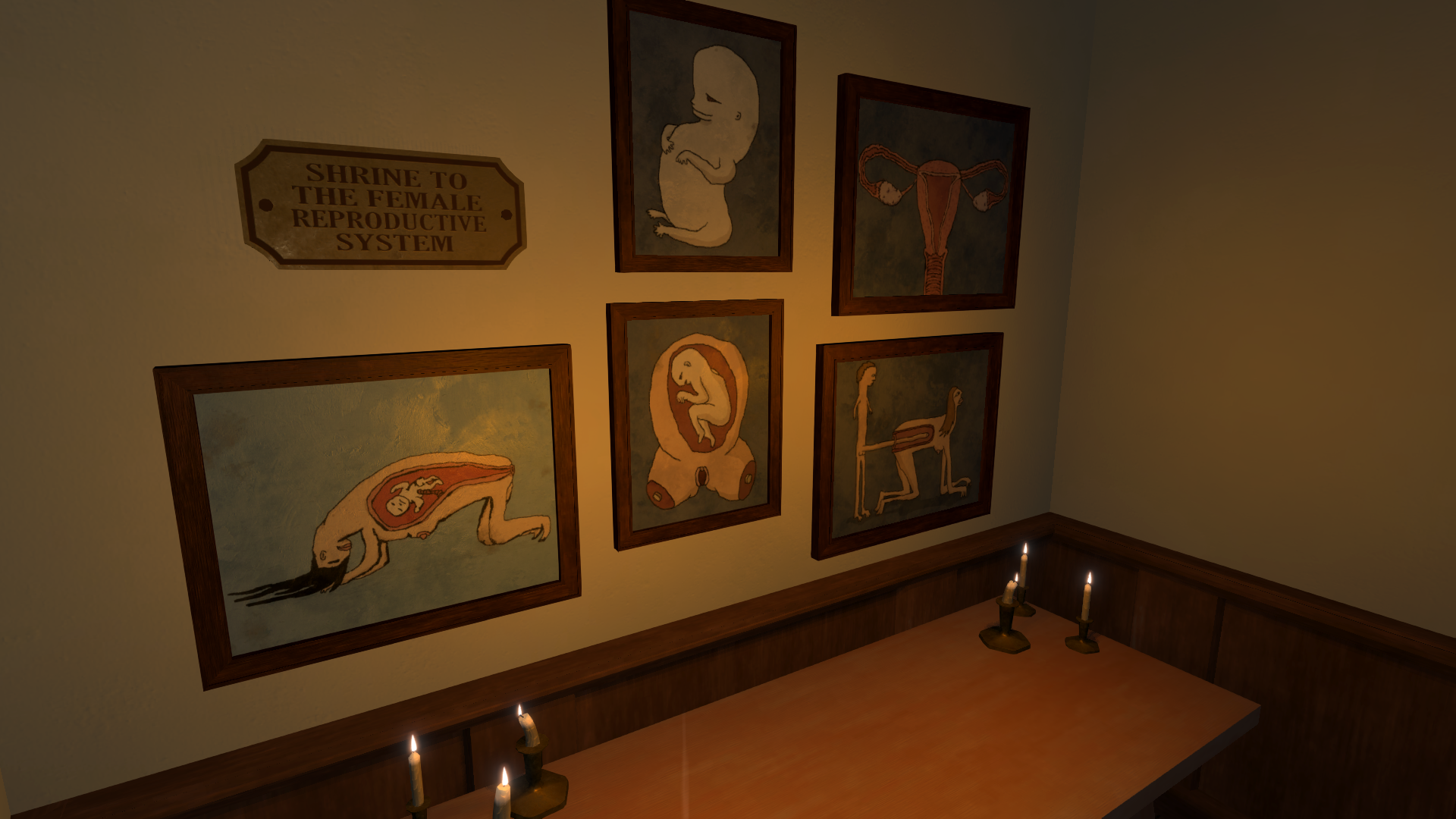 As Davids, players can pick up the diary entries of a guileless teenager, which offers some insight to a devotee whose unwavering belief in the cult blinds him to its cruelty. He also stumbles upon a letter from another follower of the cult, who may have been imprisoned against her own will. And in his relentless pursuit to have “pervert sex”, Davids’ crushing apathy means Bucket Detective is also devoid of any overbearing narrative—which makes the game even more disturbing.

By featuring an irksome, self-absorbed man as its lead, Bucket Detective has shown itself to be hilarious, yet horrifying in its stark, detached presentation of abuse and violence. We may laugh at the preposterousness of Davids’ vapid quest, the cult’s charismatic but obviously psychopathic leaders, and the blind devotion of its followers. But apathy is treacherous, and our refusal to acknowledge the same, glaring injustices in contemporary society may also reveal us to be as much of a fool as Davids. Racism, sexism and homophobia are still abound today; yet, there are still some among us that prefer to live in abject denial.

Which is disconcerting, because Davids is really a goddamn asshole.

Three Games That Almost Ruined my Most Cherished Friendships