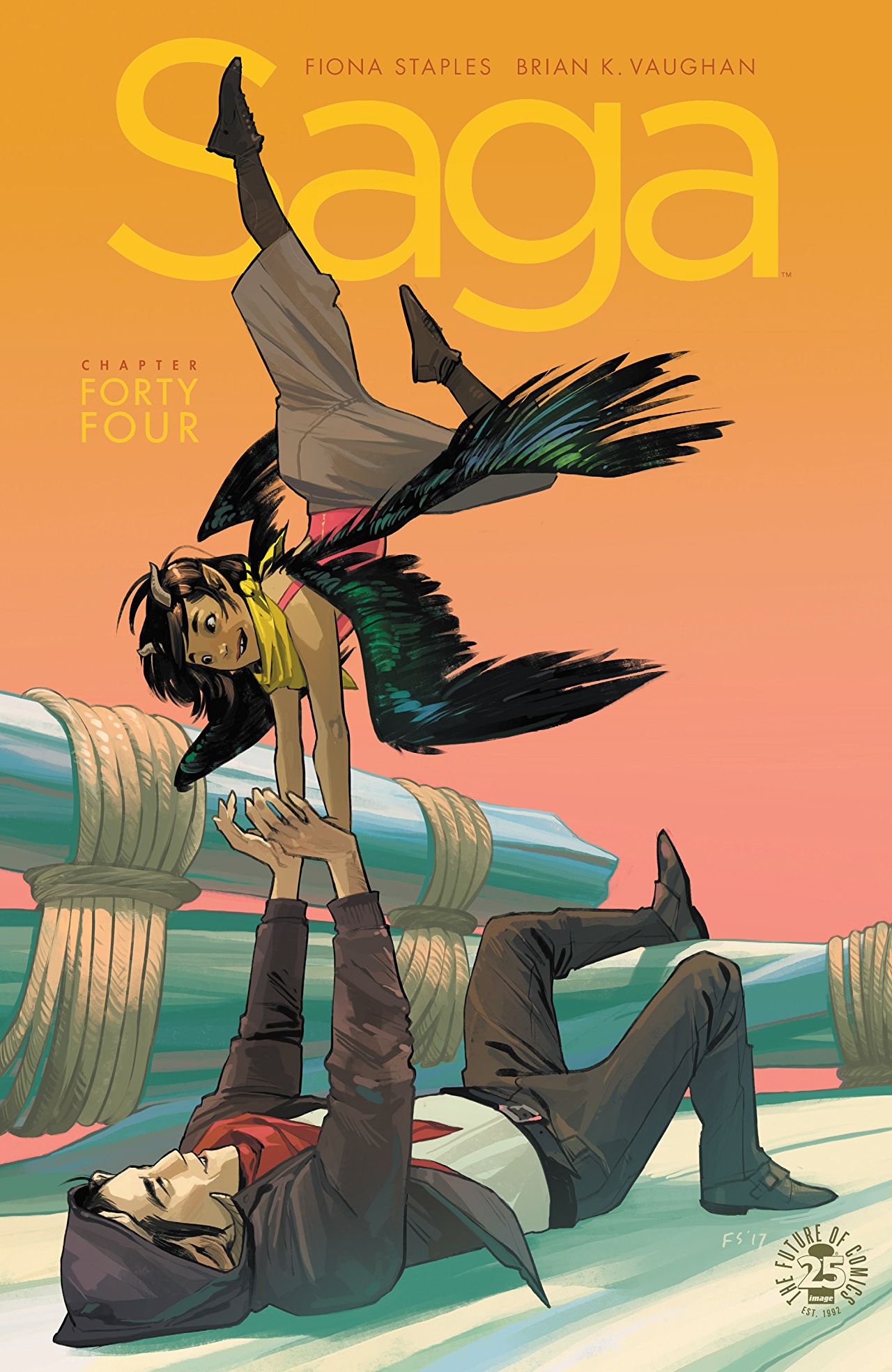 Have you ever thought to yourself, I wonder what kind of a kid a human man and a lady centaur would have? I know I haven’t! On that note, have you ever tried to stop your mind from working out how the mechanics of a certain scenario would go down because you know you’ll never be able to forget the mental pictures your overactive imagination will dream up? Thanks, Brian K. Vaughan and Fiona Staples, I haven’t been this shuddery since I tried to figure out how a dude would get down with a giant spider (thanks for that, too!)

Once again, Vaughan and Staples turn in a stellar issue of their long-running space epic. I’m digging the Western landscape of the latest planet our little family has found itself navigating, even if it’s a only a part of the whole “family” (I miss Prince Robot IV, bless him and keep him). I’ve liked a good sci-fi and Western genre mashup since I first saw movies like Westworld and Outland.

Like the last issue, Vaughan tackles some relevant social issues in the main story, this time taking on access to health care. Alana’s newfound magic powers are confirmed to be a result of her failed pregnancy, and it’s also (graphically) confirmed that continuing to carry the dead fetus is making her sick and weak, and might be contributing to some vivid dreams. Some really, vivid dreams. The tension’s rising as it becomes clear Alana’s going to need medical attention sooner rather than later, and getting is not going to be easy in this harsh setting.

Throughout this issue, the main characters each struggle with letting go of the past in order to move forward into the future, none finding complete success. Only Hazel, our stalwart narrator, seems to have the ability to remain focused on the present, up for anything her parents throw at her, able to throw caution to the wind or jump with her mom onto a moving train. 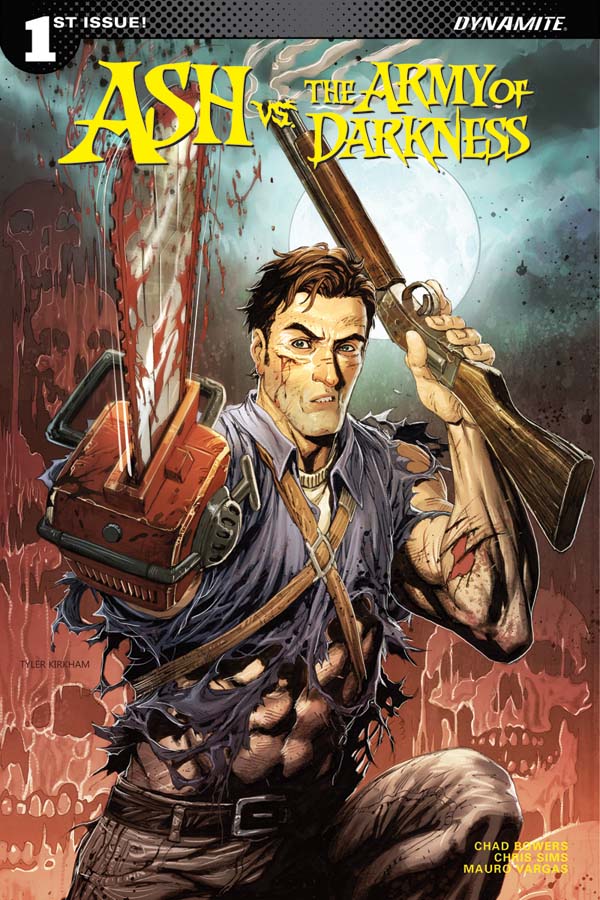 Comic book ads served as my first exposure to Army of Darkness. They were ubiquitous – Ash stood lantern jawed and barrel chested on the inside front cover, the back cover or somewhere in the middle of my comic for what seemed like months! Naturally, I was fascinated by this movie about a blue collar looking dude in fighting some kind of zombie army in the Dark Ages. What comic book reading pre-teen wouldn’t?

Ash vs. The Army of Darkness is a direct sequel to Army of Darkness. The first issue picks up right after last month’s zero issue. Ash, no longer working for S-MArt is now a substitute teacher in suburban Michigan. The deadite he killed at the end of the movie? It turns out she was the high school’s librarian. Joanne, the school’s vice principal, hires Ash as a substitute teacher to weed out whoever’s reading from the Necronomicon between classes. It’s a fun set up that draws on Army of Darkness and Evil Dead 2 (well, at least the parts mentioned in the AoD movie) while moving the story forward.

Ash’s first list of suspects are the delinquent punks in detention. Who else would you vote for as “Most Likely to Conjure Up Hellbeasts from an Ancient Sumerian Book of the Dead?“ Unfortunately for Ash and the kids, they wind up facing deadite frogs (this is such a fun nod Hellboy)! There’s also a fun framing sequence that directly connects to the prophecy of the Promised One from the original movie. It’s a helluva fun issue and I’m looking forward to seeing where Bowers, Sims and Vargas take Ash.

Mauro Vargas’ art here is a blast, too! His work is stylized and not hyper realistic, The characters have distinct looks and personalities. I really dig how expressive Ash, the kids and the monsters are. Vargas’ action is bonkers too! Vargas takes advantage of comics’ unlimited special effects budget delivers a gut-wrenching fight.

Ash vs. The Army of Darkness captures the feel of its source material while throwing Ash and the Deadites into a place more terrifying than the Dark Ages or a cabin in the woods. The high school setting has a lot of potential and I can’t wait to read how this next story builds on Sam Raimi’s cult classic.