“The English go native very easily…there is no disgrace in it,” English explorer Percy Fawcett once wrote.

Adventure & expedition films have long been bogged down by the concept of the single white man, buoyed by his strength and fortitude, who goes courageously into undiscovered areas to fend off disease, peril and the spear-happy natives in a quest for self-actualization, queen and country. In reality, these explorers were rarely alone and the areas that they were discovering were rarely unknown to the people who lived there.

The Lost City of Z touches a bit on this colonialist mindset, with Percy Fawcett pointing out to his companions that when they said no man had been here before, what they meant “no white men” had been there before. Clearly the area was populated, as they were continually shot at during the expedition. The movie wants desperately to be forward thinking in its portrayal of Fawcett (played by Charlie Hunnam) – the man himself was notable for asking that his men do not shoot the natives, and he is one of the few people in the film to believe that the indigenous people in the area are capable of great feats. His wife is given a few feminist throwaway lines (where she asks why she can’t be on the floor when her husband presents his findings, where she asks that she goes with him, where she explains she can handle suffering because she has given birth). He rises from his self-induced exile when he finds out that the Americans are going into the Amazon with guns, because he believes that the path can be found through cooperation. 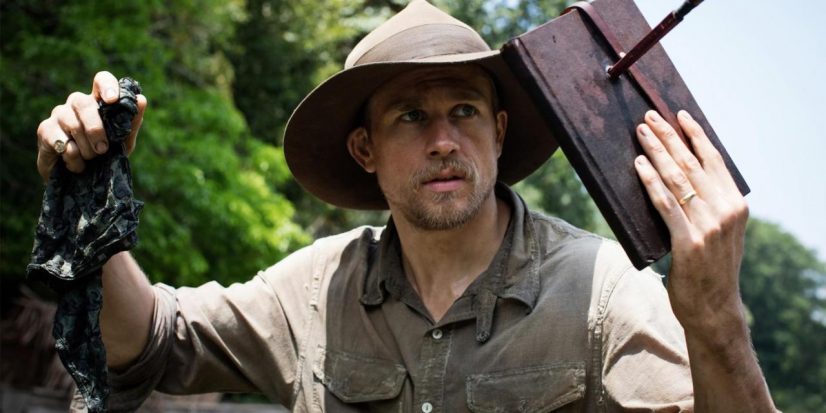 But the film in which these ideals are placed into has failed to achieve that level of nuance.

“To dream to seek the unknown. To look for what is beautiful is its own reward. A man’s reach should exceed his grasp, or what’s a heaven for,” Nina Fawcett (Sienna Miller) opines in a letter read aloud at dinner party. Amazonia exists in this film as a sort of manic pixie dream place, a location where Fawcett can find both a solution to his soiled family name but also to satisfy a sort of wanderlust. It is populated at once with a sort of mystical beauty but also with a vague sense of emptiness — the people we meet do not get names, the locations are touched on but not filled out, the world a beautiful, color-graded canvas onto which we can paint the majesty of Percy Fawcett’s grand vision. It’s a beautiful woman that believes in you, but doesn’t have any substance at all if you look at her for too long.

The Lost City of Z follows Fawcett’s quest, first to map out an area of Bolivia and Brazil that is being fought over. Talking with a local native, an abused slave of a rubber baron, the man tells him of a city of gold and maize. Fawcett scoffs, unwilling to be led astray like a conquistador, but later finds chunks of pottery and continues on two, increasingly fraught expeditions to find the “lost city of zed” (which is evidently his term for El Dorado).

Fawcett is more interesting as a lone explorer, ignoring the fact that he used local indigenous men as guides, or that there were other party members around other than the core group. It’s more entertaining for the history of the world to be defined by a great man than for him to have had help along the way.

These issues come to a head when they actually confuse the plot. The movie seems unsure of how many people are actually traveling with Percy Fawcett at a given time. At one point, biologist James Murray has been driven mad by a blood fever and is to be taken away by a horse to another encampment by an “Indian guide.” But screen time at that point had been dedicated to Fawcett, his two compatriots and Murray to the exclusion of anyone else. We only see the other members of the party as Murray is taken away, on horseback, and then they fade into the jungle around them for the English men to sit around and talk about finding the lost city. Earlier, a tense boat sequence is made slightly less so when the viewer is suddenly introduced to four new party members it was unfamiliar with before, a few of whom began to kick up a fuss. 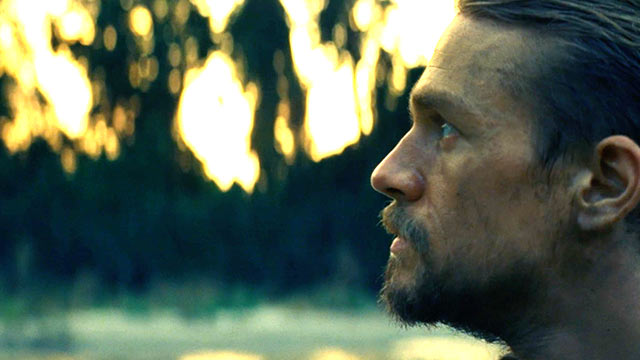 Little is known about the true conclusion of Fawcett’s last expedition. Did he lose his memory and become the chief of a tribe of cannibals (unlikely) or simply succumb to injuries incurred earlier in the expedition, festering in the South American humidity? A more recent idea is put forth in the book The Lost City of Z, where David Grann talked to indigenous peoples in the area and found that they had an oral history of the Fawcett’s, had entertained the men for a few days before advising them to stay away from the East (where the Fawcett’s were heading) because a more territorial tribe was located that way. The Fawcett’s ignored their warning and were never seen again.

In the film we are instead gifted with a vision of a white man finding his true path, given a spirit quest by an unnamed indigenous tribe and shown visions of his family and his past. Instead of showing the book ending, that Fawcett’s unwillingness to truly listen resulted in the death of himself and the rest of his party (including his 22 year old son), we are given a fantastical send off for a man who never truly accomplished any of the things he set out to do. Who died exactly as the conquistadors did, searching for a city that did not exist. Who never really achieved greatness, but has instead been elevated to it afterwards, all for dying in some green hell that he perceived as paradise.

I’m Scared of Everything Now