Nostalgia is a memory told from the viewpoint of an unreliable narrator. The nature of the events themselves seem plausible enough, but further investigation of the memory in question can often yield an entirely new perspective. Since few people desire to suddenly call into question everything that they remember – especially those memories that are most precious – most people don’t bother to question their own nostalgia.

Recently, I had my own nostalgia called into question by someone else. A friend and I were discussing our favorite games of all-time – after a discussion involving the validity of macroeconomic theories in a post-industrial world, of course – when I mentioned that I still consider Earthbound to be my favorite game of all-time. My friend was taken aback by this.

“How,” he asked in a tone that suggested I was about to be on the defensive, “can you still consider that to be your favorite game of all-time? You’ve said that you don’t even like JRPGs anymore, and you’ve played so many other games since Earthbound. When is the last time you even played Earthbound?”

The implication of that last line was clear. He was suggesting that I only consider Earthbound to be my favorite game because I choose to remember it as such. If I were to play the game again, there’s a good chance it wouldn’t hold up.

Even though I dismissed that notion at the time, I have to admit that it stuck with me. Maybe confidently naming Earthbound my favorite game despite not having played it in years was subconsciously affecting the way that I judged modern experiences. I decided it was time to toss aside my fears of misguided nostalgia and give Earthbound another shot. 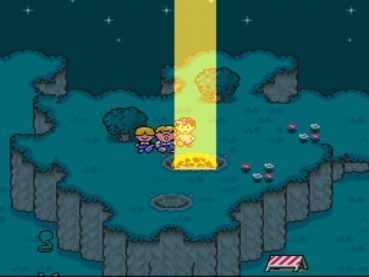 Yet, I still finished the game with the feeling that my nostalgia was justified. That justification speaks to aspects of the title itself – its varied soundtrack, bizarre design, off-the-wall sense of humor – but it has much more to do with the sense of belonging the title inspired. See, we often treat nostalgia as this precious concept that must be nurtured, but it yields strength that few mental concepts possess. It can make a fool out of you, but sometimes, it can elevate a memory to unforeseen heights.

In the case of my playthrough of Earthbound, nostalgia took something that was pretty great and made it magical. Perhaps it’s unfair that I continue to weigh such an experience against newer games that haven’t had time to reach that same personal plateau, but maybe it’s equally unfair to not treat such memories as the ideal experience, that truly great games will achieve over a long enough period of time.

I Left My Heart In Carcassonne