Every now and then, I hover my mouse over the Witcher 3 icon that lingers on my desktop between L.A. Noire and Alan Wake. More often than not, I don’t do anything more than hover. Hover and hesitate. It seems like such an odd thing to hesitate when faced with the prospect of playing a video game, doesn’t it? What is there to be afraid of?

In this case, my fear has nothing to do with what goes bump in the night. I’ve played The Witcher 3 before. Like many, I found myself enamored with the game’s visuals, soundtrack and early narrative. I look at The Witcher 3 and see a stunning testament to the power of game design.

Unfortunately, I also look at it and see a grocery list.

Within minutes, The Witcher 3 presents the player with possibilities. Along with the main quest, you are encouraged to play Gwent, pick flowers and accept contracts for the murder of dangerous beasts and bandits. It’s an amount of content that has been characterized as intimidating even by those who enjoy such things.

For me, the problem isn’t the amount of content that’s offered; it’s how it is presented to the player.

The moment we start to complain about the amount of content an epic RPG offers is the moment that we encourage developers to start giving us less to do in games. What is worth a grumble or two is the way that The Witcher 3 and many other open world games present these options as an ever-expanding grocery list. Discover the alchemy system? That goes on the list. Overheard a conversation about a beast terrorizing a local village? His extinction goes on the list.

That list is always with you. It’s waiting in some menu ready to intimidate you when you check your current objective. Some games, like Assassin’s Creed, even opt to put everything you can do on the minimap so it stares you right in the face. These lists aren’t harmful, but the only satisfaction that comes from a grocery list occurs when you check each item off. Otherwise, they exist to remind you of something left to do. 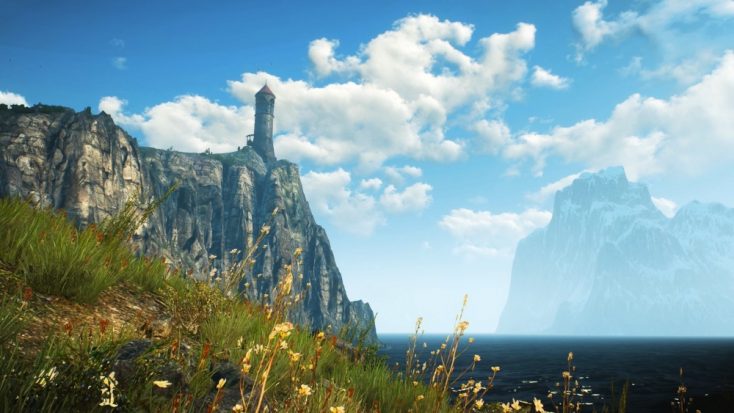 Why is it that we live in a time when sweeping epic fantasy worlds can be rendered in seconds, but we’re still beholden to such lists? How can a developer trust players to save a digital kingdom, but not trust them to keep track of their own progress?

What I dream of is a future where gaming grocery lists are organic. If there’s a griffin to be killed, let me overhear a conversation about it and make my own decisions. Allow me to stop, pick a rose, and determine if I wish to pursue its properties in alchemy. If these objectives are implemented organically into a larger experience, they cease to be objectives and become opportunities. They become the things we willingly pursue because they peak our interests. In this way, the satisfaction of everything offered to us in a game isn’t limited to the mere act of completion.

So what does an organic gaming grocery list look like? Well, it doesn’t look like anything at all. That’s what makes the prospect of one so very daunting and so incredibly appealing.

Overpaying the Bills With Too Many Skills