My backlog of games is an ever-present behemoth standing watch over my shoulder. As I type this, I can feel it behind me, mocking me relentlessly. When I go to my local game shop, I can hear my backlog scoff, as if to say “Really? You think you’ll actually finish that?”

I’ve gotten pretty good at brushing off this discouragement of late, but the feeling that I will never truly polish off my backlog lingers. With each passing month comes a glut of new games to play, new experiences and worlds begging to be explored. There are new characters to learn about, and new monsters to encounter.

Over the holidays I received a pair of gifts that made my backlog outright mirthful: The Witcher 3 and Final Fantasy XV. Both of these games boast open worlds and an absurd catalog of side quests, two features that have become huge selling points for triple-A games. Because Unwinnable’s EIC Stu Hovarth literally won’t shut up about it’s expansion, I decided to boot up The Witcher first. I poured myself a Founder’s porter, grabbed a blanket and settled into the sofa for a nice long session.

This was a terrible decision, it turns out.

The game grabbed my attention almost instantly, even without any experience with the previous two Witcher titles. The combat is satisfying, and the dark fantasy setting is very well-realized. The problem is that there is just too much to do. Shortly after the introductory missions, I found my quest log packed full. I was being asked to investigate an arson case, seek out a treasure chest in a swamp, follow the trail of a griffin and help an herbalist. I got the same overwhelming feeling I used to get when I put off an important paper while in college. But I want my games to feel like entertainment, not homework. 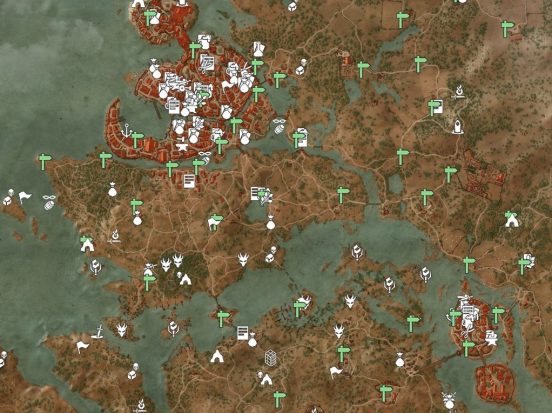 I was being pulled in a dozen different directions and I did what I usually do when faced with too many decisions: nothing. I turned the game off and watched Parks and Recreation on Netflix.

These days, I find that I have much less time for games than I used to. Between my family, my job and a bucket full of other adult bullshit, there is precious little time to sit on the sofa and lose myself in a game. Thus, I want my sessions to be as substantial as possible. I want to experience as much of a game as I can before I am inevitably called elsewhere.

Uncharted 4, one of my top 10 games of 2016, is a prime example of what draws me to a game lately. It offers a streamlined story experience, satisfying gameplay and excellent stopping points. Stardew Valley, my absolute favorite game from last year, also lends itself to shorter play sessions thanks to the time keeping mechanic.

It’s not that I think The Witcher is a bad game. Quite the opposite, in fact. It’s just that it feels like I’m going to need to dedicate a lot of my free time to it, and that free time is at a premium. I want to experience as much of this hobby as I can, and if that means nurturing a healthy backlog, then so be it.

Unwinnable Listens to the Best Music of 2016 – Part Three