Enter the Gungeon is the most-played game I’ve never beaten.

Sure, ‘beating’ a rogue-like isn’t the same as finishing your typical linear shooter or open-world adventure. Rinse-and-repeat is the order of the day as you gradually decipher enemy patterns and come to grips with the controls. If you’re lucky, you might even build up a handful of persistent upgrades to make subsequent runs a tiny bit easier. Still, most rogue-likes have some form of overarching goal, a definitive ending to gauge your progress against. For Enter the Gungeon, the final boss awaits in the throne room of its 5th level (chamber), but I’ve yet to see it; heck, I haven’t even made it to the boss of the 4th chamber. Despite that, I’ve spent dozens upon dozens of hours blasting my way through the first three levels, knowing full well I’ll inevitably die without making even the slightest amount of progress.

Why, then, do I keep playing? At this point, I’m pretty confident I’m never going to reach the game’s final boss. My progress has plateaued, my occasional foray into the 4th chamber only coming about due to lucky loot drops and favorable enemy spawns. I’ve seen my poor Gungeoneer succumb to a hail of bullets more times than I’ve seen ‘YOU DIED’. I’ve given up, put down my controller, sworn I’ll never play the damn game ever again, only to come back a week later for another helping of failure. Honestly, I’d forgive you for thinking I’m a masochist. 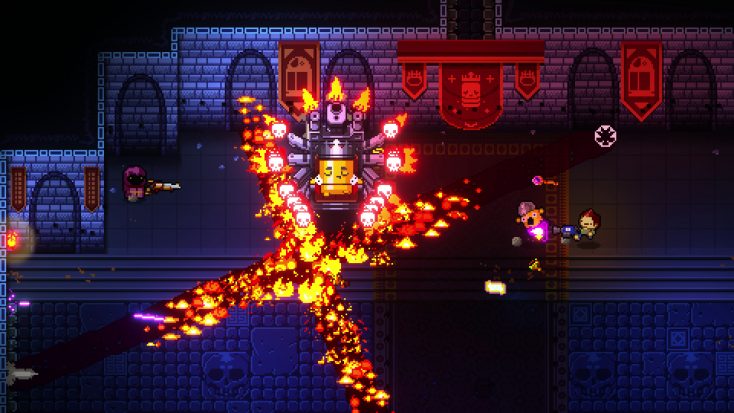 The thing is, though, I’m not. My expectations for what I get out of games has simply changed. I used to be a completionist, driven by a desire for closure to finish every single game, book and movie I ever started. In recent years, however, I’ve become keenly aware of just how precious time is, and wasting it on lackluster experiences out of an obligation to an arbitrary endpoint is pure folly. I’m not going to enjoy a boring game any more for sticking with it to its final boss, and I’m no worse off for letting the world go unsaved, just this once.

From this more relaxed perspective, I can’t help but notice how flawed society’s notion of success and failure is. We judge entire experiences on the quality of their endings. We treat second place as the first loser. We distrust reviewers who criticize a game they haven’t beaten. We see the world with tunnel vision, our obsession with the destination blinding us to the beauty of the journey.

Ever since I realized this, I’ve been making a conscious effort to give the journey its proper dues. As with my approach to Enter the Gungeon, I no longer frame my experiences in terms of (in)completion; my satisfaction comes from the thrill of the moment, not from seeing the credits roll, and I can safely say I’m having a far better time for it.