I’ve taken aim at a few different terms lately. While listening to the radio I realized how much I dislike the term “virtual reality.” It doesn’t really describe what it is. It sounds like virtual reality is supposed to be an imitation of what we perceive on a daily basis. It’s supposed to be like reality but only virtual. The same way that “mashed potatoes” are like potatoes except that they’re mashed. But that’s not what “virtual reality” is or could be. It can be so much more.

First, I’ve played a slew of “virtual reality” games but not even one of them aims to virtualize the experience of reality. In fact, the most successful virtual reality games I’ve played are ones that either shed their “reality” coil or attempts to satirize it. Job Simulator is one massive play on the idea that the future always misunderstands the past. Resident Evil VII is like no place of this earth. Eve: Valkyrie is literally not of this earth.

All of those experiences are 100% virtual. In fact, many are only possible in virtual space. But they have little or nothing to do with reality. They parody reality. They’re hyper real, surreal and unreal. They’re simulacrum of reality, a kind of magical realism that shows its artifice when placed under close scrutiny.

New digital gallery presents an opportunity for art that is physically impossible to exist. Imagine standing before a sculpture that is made, deteriorates, and is remade infinitely, and its made of mercury. And it’s blue. It could not only never be in The Met or the Louvre, it could never be. But now it can be, it can stand or swim or fly through a virtual space that actively defines reality. 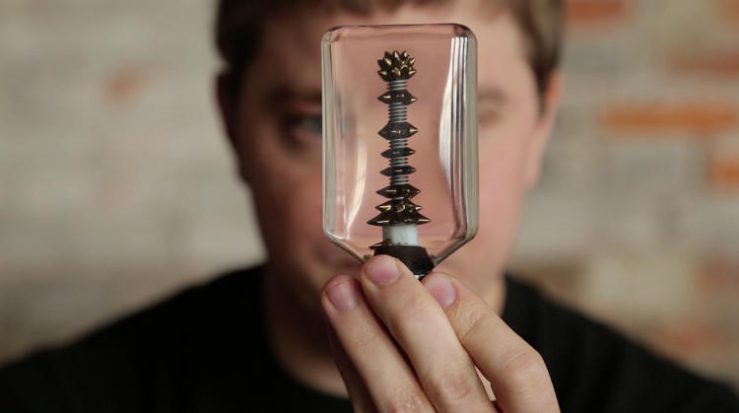 And speaking of reality, who decided it was so great anyway? Who decided that there even was such a thing? If reality is defined by what we can see, touch, taste and smell then is that to say that anyone lacking those senses in any combination is experiencing a simulacrum of reality…a virtual reality, as it were?

What is really so “real” about the reality that we’re all in right now? Nothing. Remember, we might all be projections on a wall anyway. We have no idea if our reality isn’t just mindless toil to increasingly efficiently power someone’s space car.

There’s nothing so “real” about our reality that “virtual” can modify it in any meaningful way. To do so gives primacy to the physical world, which is not the same as “reality.” Doing so demeans the power of purely digital interactions and spaces.

What we mean to do is describe the difference between the physical and the digital, in that way “digital reality” is a more apt term. I’m even fine with VR in so far as that most people don’t really remember that laser is an acronym or SAT, which has gone from being an acronym to being nothing.

As artists, game makers and the rest of us forge forward into the new, digital frontier, let us remember that there’s nothing real about reality and nothing virtual about VR. If you have meaningful experiences in that sphere, who is to tell you what’s real and what’s not? The sooner we deconstruct the power of these terms the sooner we can free ourselves from the shackles of the mindset that comes along with them.

No Accounting for Taste: Freedom to the People!

The Worst Tool in the Toolbox