My team is down six points with five seconds left on the clock. I have the ball, but they have the advantage. There’s one play left in the game, and it needs to be a spectacular one. With all my might, I reach back, then reach forward again and press the A button on the controller. My digital quarterback heaves the ball forward only to watch it land in the hands of the opposing team. I’ve lost. Most importantly, I’ve lost my chance to play in the Super Bowl.

There is a part of me that wants to accept this defeat as part of a learning process. To use it as the foundation for a spectacular comeback season. There’s another, larger part of me, however, that just wants to reset the game at the last minute, lower the difficulty, and make a few unrealistic trades that will ensure I have an all-star team.

So that’s exactly what I do. Why? Because sports games are always a little more fun when you cheat.

I became a gamer during a time when the idea of a sports simulator was preposterous. Instead, we played games like Tecmo Super Bowl and exploited the devastating skills of Bo Jackson. We popped in Ice Hockey and used the chubby player to keep our opponents off their feet. Our R.B.I. Baseball games were peppered with 110 miles an hour fastballs and 600 foot home runs.

Early sports games weren’t always necessarily designed to be exploited, but there was something about designing sports titles with comparatively simple technology that seemed to lead to plenty of opportunities for a spot of cheating.  While many of these cheats occurred in matches between siblings and friends, even single-player seasons were often spiced with a pinch of swindling.

And you know what? All this cheating really was for the best. Oh sure, the developers of FIFA 94 may not have intended for you to run away from the referee so that he is unable to give you a yellow card, but their oversight lent the game a quality that would live on and transcend the technological improvements of the genre. 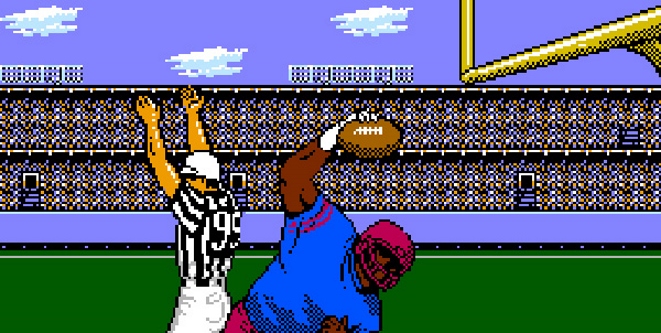 That’s the beauty of cheating in sports games. It allows you to leave your own personal mark on the experience. Madden NFL was designed to allow football fans to act out their professional sports dreams, which makes it that much more enjoyable to find a way to use the create-a-player feature to make a linebacker that belongs atop of Mt. Olympus.

So while you may turn your back on the sports genre with a wave and the refrain of “that’s not for me,“ just know that the greatest amusements they have to offer sometimes occur outside the pages of the rulebook. Sports games may present themselves as simulators for super fans, but that’s why breaking them through a series of cheats, sneaks and dodgy decisions is often so much fun.

Rookie of the Year: The Walking Dead

Labor and Love: A Look at Worker Placement Games