Late last night my created player in MLB The Show 16 got the phone call he was waiting for. He was being called up to the AAA Sacramento River Cats after spending the first half of the season with the AA Richmond Flying Squirrels.

Even better than the added prestige, my agent let me know that I would be getting a raise to $70,000. Not exactly a fortune but it would certainly be nice to be able to afford…well, anything if the game would actually let me spend the money. Money can’t buy happiness, and in most sports games it can’t buy anything.

Games making a big deal about salary has always puzzled me. In most sports games there’s nothing you can spend your earnings on, so why keep bringing it up? There’re even loading screen messages about how to view your current contract on the player card. What’s the big deal?

Anyone who follows sports, or has lost the remote while ESPN is on, can attest to how much money matters in sports. It determines what free agents you can sign, what facilities you can build and often how many games you can win.

From a management perspective this makes perfect sense. How long each player is on my team and for how much money directly affects our ability to win games. Putting together a sports dynasty is about having the best players at the best prices, while also being able to let talent go when you can’t have it for the right price. These are realities of sport that people, like Chicago Blackhawks General Manager Stan Bowman, understand all too well. Talent is truly only valuable at the right price.

From a create-a-player point of view, it doesn’t particularly matter how much you make. There’re no players for me to acquire and no facilities for me to build. Even when I was promoted from Richmond to Sacramento, (the latter being significantly more expensive) there was no worry about the cost of living difference chewing into my salary. There’re no sports cars or houses to buy, and no swag to adorn myself with. My $70,000 salary might as well be $7,000,000,000 or $7 for all the impact it has on my experience.

And “experience” is important. MLB The Show 16 may be the most accurate on field experience in videogames, but it’s certainly not an accurate depiction of the experience of being a ball player. Sports games treat players like many fans do, which is to say they treat them like bodies that exist solely to produce money and wins for their owner and fans, respectively. 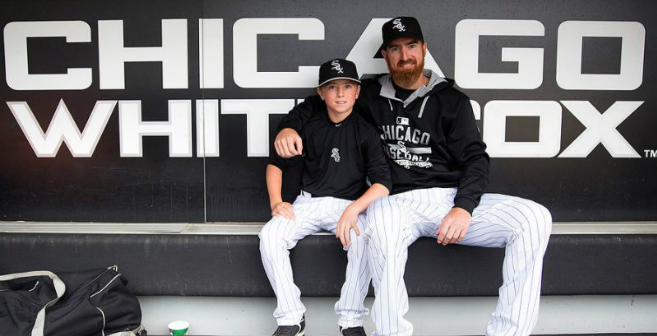 MLB The Show only truly rewards me when I play good baseball, and the rewards are limited to things which allow me to play better baseball. Though the depictions of their on-field talents has gotten more and more accurate, there’re few games willing to explore a player’s life beyond that experience and even fewer willing to explore it beyond pre-scripted cut scenes of dubious quality. Looking at you Spike Lee and NBA 2K16.

Consider that White Sox first baseman Adam LaRoche walked away from a $13 million contract because he had a disagreement with Sox Vice President Kenny Williams over his son’s ability to hang around the team. Sports games don’t think of athletes as people who might have families or motivations beyond titles and dollar signs, and they don’t give videogame players the opportunity to do so either.

I might demand a trade because I’m not getting playing time or would like to be a part of a different organization (like my hometown White Sox), but I’d never have a genuine contract dispute because the money doesn’t matter. And really, neither does anything else except swinging the bat and throwing all for the love of the game.

Shut Up and Play the Moments