“Well, I’ll be a son of a gun. Look at those graphics, sir. Aren’t they pretty?”

Lt. Columbo is squinting at the opening scenes of Agatha Christie – The ABC Murders on my monitor (we’re playing the PC version of the game) and he seems impressed.

He isn’t a habitual caller at my house – we’ve only had him around a few times so my girlfriend could give his son guitar lessons – but he invited himself over when he heard I had the code for the new point and click game based on The A.B.C. Murders, one of Agatha Christie’s most famous books. I knew he was interested because he had mentioned my preview of the game last time I saw him, but the first I knew of him coming to play it was when I heard a knock at the window of my living room and saw him standing outside in his crumpled beige raincoat, his fist still pressed up against the window.

Now he’s sitting at my desk, the computer’s mouse in one hand and an unlit cigar nestled between the first and second fingers of the other, still wearing the raincoat. “Mind you”, he tells me. “I haven’t played a game like this since, gee, way back. Since before my kids were little and I had more time for my wife and I. Boy, she used to love these games.”

He gets the hang of the game pretty quickly, though I can tell he’s torn. He seems to be enjoying getting into character as Poirot from the way he makes a beeline for every mirror he can find to tweak his moustache. On the other hand, he clearly doesn’t agree with Poirot’s interrogation methods. Every time Poirot confronts anyone directly with a piece of evidence, he lets out a low moan. “Oh no, no, no. That’s nutty. You’ve got to relax them. Tease the contradictions out. Can I go back and change that? I want do it again.”

In fact, the lack of contradictions in Agatha Christie – The ABC Murders generally is a problem for him, and not all of it comes from the good job the games’ developers have done in crafting a recognizable Poirot.

“It’s just not realistic, is it? To only have one possible reconstruction of the crime? One possible way of investigating it? It’s all just a bit too simple for me. A case is made of lots of little details. Little things for me to worry over. In this game, there’s only big questions. It’s too pat.”

I shrug. He’s the world famous detective. If he says so.

“Hmm.” Columbo stops playing for a moment and muses, rubbing one hand up and down his belly. “The whole time I just feel like I’m being rail-roaded down one route, when there’s 1000 other things I could do. Like I said, I don’t play videogames much these days. Are they all this…” I can almost see him poking around in his own brain for the right word. “…linear?”

“Not really,” I tell him. “Even 20 years ago, games like the Monkey Island series gave you a bunch of different puzzles and let you go at them any way you want. A lot of the puzzles were interlinked and more intricately designed than the ones in this game.”

He stops and looks at my fireplace.

“Have you ever had that cleaned out?”

He ploughs on with Agatha Christie – The ABC Murders and seems to be enjoying himself, carried along by the plot and the character of Poirot himself, though every so often I think I can hear him muttering things at the game like “Well that don’t add up” and “Something’s missing here.”

Then the game hits him with one of its most impressively easy puzzles. “This… ah… this…” He gesticulates at the screen with his mouse hand. “What’s this bit again?”

I look up from my note-taking. He’s in the middle of a game mode in which he has to answer questions by piecing clues together. The questions can range from the intelligible to the pointlessly vague, and the responses are sometimes blindingly obvious. Which is a major problem for a detective who’s already down one eye. (sorry. It’s canon though.). Other modes, like the observation sections that are really just simple hidden object games, have similar issues.

“I just don’t understand it, sir. Does that count as a puzzle?”

“Well I’ll be.” He shakes his head again, but plays on until long after the streetlamps outside my window have been switched on and I’ve given up on yawning and stretching my arms as a way of pointing out how late it is. For a legendary detective, he’s not great at reading body language. Either that or he’s good at reading body language and just as good at pretending he can’t.

He stops eventually and turns to me. “Ok. There are a few things that been rattling around in my head like marbles this whole time. I’d like to get them out, if that’s ok with you.”

“Much obliged sir.” Columbo looks at the cigar in his hand and toys with the tip of it with his thumb. “I like this game. I like that it makes you play like you’re a real detective solving a crime. You’re not just some guy with a load of puzzles to solve. Shame it doesn’t always get it right.”

I nod my head again. I broadly agree with him.

“So that’s the first thing.” He takes an old shopping list out of his pocket and scrutinizes it. “The second thing is all these puzzle boxes.” He crumples 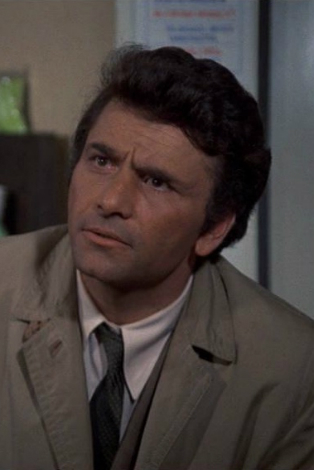 the piece of paper back into his pocket again. “Why are there so many of these containers at crime scenes? Cos I can open most of them just by twiddling with the buttons and pulling a lever or two. I’d catch a lot more murderers in real life if everyone held their documents in places I could open so easy. It doesn’t make a lot of sense, does it?”

I search around for something to tell him. “I don’t know. People just seem to love this kind of puzzle in their games – it doesn’t seem to matter how unrealistic it is. I suppose the ones in Agatha Christie – The ABC Murders aren’t the best I’ve ever played, but some of them are fun.”

“Ah. I understand. I understand.” He pauses, considering something. I follow his gaze but it doesn’t seem to go anywhere. “Fair enough. I’ll get out of your hair then. Good luck with the review.”

“Thanks.” We get up and shake hands. “If your son fancies a lesson this week, just let my girlfriend know before you go.”

“Sure sure. I appreciate it, sir.”

He shuffles to the door and puts one hand on the door handle.

I wait for it.

“Oh listen, there’s one more thing,” he says. He turns and puts his hand to his forehead, the still unlit cigar resting between his fingers. “Could you get me a copy of that review code? For my wife?” He grins. “The game’s not perfect. But it’s fun, and who doesn’t enjoy pretending to be a famous fictional detective for an evening? She’s going to get a terrific kick out of it.”

I nod as he winks at me and walks out the door.

Declan Taggart is a writer and critic who wrote a PhD about, more or less, what happened to Thor when he ran out of thunder. That left him very little time to figure out social media, but if you’d like to show him how it’s done, find him on Twitter.

Hands on the Agatha Christie: The ABC Murders Moustache and Puzzles Simulator