January was big here at Unwinnable. We went from a weekly to a monthly and launched our biggest change with our biggest issue ever: Women Abroad. The issue (over 100 pages!) centers around six women, their travels and their lives as connected to art, games, friends, family and more. If, for some crazy reason, you haven’t pick this issue up yet, here’s a peek into those stories.

A Vagabond’s Legacy – Cara Ellison
What better way to open up a Women Abroad issue than with a woman who’s been basically everywhere? Cara Ellison reflects on her time visiting game developers around the world to write her book Embed With Games. It dawns upon her that what she did, a woman’s “Quest Narrative,” had no framework, that she really didn’t even know what her quest was.

“I am sure that no one I wrote about really knew what I was doing, what to expect or what the point of any of it was. I asked them for permission, over and over, to do something that I knew even I had no idea how to do. I was lost at sea, but I did find enlightenment. I understood that to make things is radical, in its own way. In the end, I came from the dark and settled in the dark here in the middle of Scotland, and was content with my stories of existential terror.”

From Lebanon to Kyoto at 22, Dina Abou Karam tells the story of an artist and an identity crisis, of foreignness and a sense of self. On one hand, we have the artist herself, in a graduate program abroad. On the other, we have Alice, Dina’s pet project and alter-ego, the story of an eternally shapeshifting, neon-haired avatar who’s lost her head.

“Trying to assimilate with another culture is complex, copious amounts of work. Depending on where you’re trying to assimilate, it’s likely that you will never fit in. Alice and I learned this the hard way, but it bore a valuable lesson. As long as you’re not actively a destructive jackass, you don’t need to assimilate. Once my disillusion with Japan had finally set in, I wondered why I’d been so eager to fit in here when it had not once bothered me that I didn’t fit in in my native country of Lebanon. Alice joined the rebellion, and in the process stood up to the Queen of Hearts. She lost her head, but it didn’t roll too far away.”

Homecoming – Hazel Monforton
Flying across the Atlantic, from London to New York City, isn’t hard. Being in the neighborhood you grew up in, where all your memories originate, where everything has changed? That’s the hard part. Hazel Monforton explores returning to the place she grew up and how the game Life is Strange explores these frozen moments of childhood that fade away in reality.

“Life is Strange lets you linger, and think. It dwells on that desire to return to the place we came from, to be borne back to a time when we had no responsibilities — but alongside this, the fear of losing who we have become since that childhood, how our responsibilities make who we are. Because it’s true; time passes differently back home. It seems to move more quickly sometimes…” 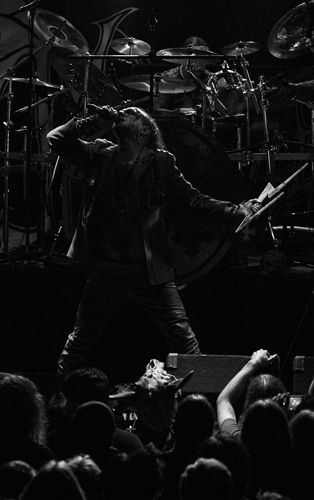 A Fan Abroad – Vikka Pérez-Puelles (with Stu Horvath)
Photographer Vikka Pérez-Puelles talks about growing up as a fan in Venezuela, a fan of Dragon Ball Z, Dream Theater, Iron Maiden, World of Warcraft, tons of comics, and more. But also of being a fan of these things as a woman, growing up in a very gendered, closed off heteronormative country. While moving to the US has certainly changed her outlook, it hasn’t changed the past.

“It’s easier here in some ways, but it’s more difficult in others. Access is better. Comic books, for instance: in Venezuela, it was next to impossible to find them. There is also a greater sense of community here, not because Venezuela lacks nerds, but because America has so many shops and spaces dedicated to comic books and videogames. It’s easy finding people like you.

At the same time, being in the United States is difficult because I’ve grown as a person. I’m more aware of what’s wrong in fandom. Back home, I didn’t think about those things.”

The Home I Take With Me – Kirsta Grothoff
When you’re an American married to a German, living in Bavaria but moving to France, raising your first child, it can be a bit hard to find that feeling of being home. Krista Grothoff finds her home, and, it turns out, has always had a home, in role-playing groups.

“People in the geek/gaming community are often immediately accepting. For them, good fun and good conversation are far more important than anything else. Maybe if I can find that here, I’ll overcome my issues with France. Finding those genuine, fun, quirky people worldwide has been one of the best parts of living abroad.” 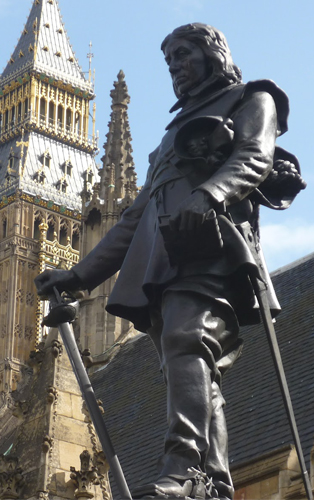 Gaeilge – Elaine Reynolds
Being Irish in England, it’s more than just the “little things” that get to you. Elaine Reynolds recounts her journey into UK game development at Lionhead Studios, landing under the wings of Peter Molyneux and “the great UK” simultaneously. It turns out adjusting to the UK might have been more difficult than adjusting to the world of game development

“There is a troubled history between England and Ireland, something Irish people seem to be more conscious of than English. Some people think that the Irish language (we call it Irish, not Gaelic. If you want to say Irish in Irish you would say Gaeilge) is just speaking English with an Irish accent, not a whole other tongue. Otherwise well-educated English people don’t realize that Ireland is a separate country.

The other week, a UK journalist called Saoirse Ronan “one of our own.” Saoirse is nominated for an Oscar for her role in Brooklyn, the story of a young girl who leaves Ireland and moves to Brooklyn. When it was pointed out to him that Saoirse Ronan was not British, he claimed it should be “taken as compliment” that British people were claiming her. Irish satirical website Waterford Whispers subsequently ran a story on how we were claiming Kate Winslet as our own now. Ironically Saoirse is the Irish for “freedom” and 2016 is the centenary of the 1916 Easter Rising, the seminal event in the road to Ireland’s independence.”

These six excerpts are just a small taste of what’s behind the Women Abroad issue’s awesome cover. If any of these stories grabbed your interested, the issue is (and will forever remain) available on our Store page.

You’ve been reading an excerpt from Unwinnable Monthly Issue 75.