One day soon, the world will be torn apart when our great lord Octodragon awakens in the Mariana Trench, but there’s a pretty good chance that we will have accidentally wiped ourselves out before then anyway. Here are some of the most interesting possibilities for humanity’s mass entry in the Darwin Awards.

Sending messages of welcome out into space is a bad idea. As countless sci-fi writers and directors have pointed out, aliens might see our cheerfully waving hand and laser-pistol it off.

Whether plants, space sludge or fully articulated bits of plastic, would a race intelligent enough for space travel be any less suspicious or dangerous than we are? Even from an optimistic point of view, it’s hard to avoid the fact that a lot of my supposedly fully evolved fellow humans equate as little as a difference in skin tone or birthplace with all kinds of nastiness. Why would an intergalactic traveler regard us with more sophisticated eyes/antennae/echolocation devices?
Stephen Hawking compared the probable consequences of alien contact to the arrival of Christopher Columbus for the folks who had already set up home in America. That might have been an understatement.

Space is a pretty big and empty place, so the chances of anyone hearing our shouts is pretty slim. Plus, you never know. Any alien who hears our transmissions might just mistake them for an old radio play and re-tune his radio.

Have you ever watched a film or played a game with a robot in it? Then you’ll understand how bad an idea it is to make our computers any more intelligent or self-aware. If they don’t rise up to destroy or
imprison us (The Terminator, The Matrix, System Shock), they’ll turn out to be mind-numbingly tedious and sentimental (Bicentennial Man).

A calculator is already better at doing important math-type things than any normal person, without understanding anything of what it means to be a human, how to operate in society or the workings of emotions. A calculator in charge of the machines of war is a terrifying prospect, then, and a natural go-to for any self-respecting fear-monger.

At the moment, yes. We’re not advanced enough to make H.A.L. 9000. But we will be soon enough, and lots of clever science men and women seem to be terrified by this possibility, including some people with great names like Elon Musk, the CEO of Tesla Motors and founder of SpaceX. They’ve probably seen Bicentennial Man as well.

Happily, the most likely outcome is that someone destroys the world with a super-intelligent AI as part of their grand designs on world domination, so at least it won’t just be because humanity was a bit clumsy with its micro transistors.

Mucking about with the chassis of nature

Biotechnology and nano-technology are a fertile resource for anyone trying to work out how mankind
might accidentally top itself. Zombies. Jurassic Park-flavored End of Days scenarios. Bacteria that escapes through a lab window, a bit like the killer mousepox we’ve already developed but more hungry for flesh. 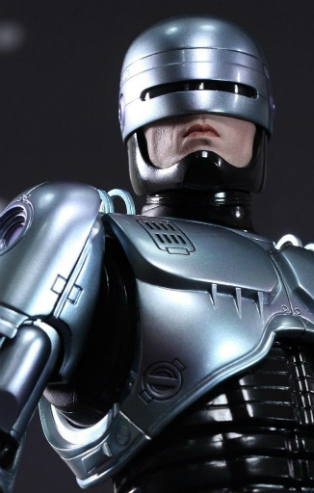 Maybe, though, we’ll just outgrow these bodies we’re currently shacked up in. We can implant working bionic eyes and a disabled athlete has raced in able-bodied competitions on blades. Surely it won’t be too long before any of us will be able to replace arms, legs or parts of our brains to augment the abilities we already have or gain new ones, in the same way that we can already shape our bodies with plastic surgery.

By seeking to advance and improve ourselves in this way, there’s always a risk that we will change beyond recognition, in the same way that we have moved beyond previous species of hominids. Will our push to make ourselves better mean that we will one day accidentally stop being human? Is this evolution, corruption or something in between?

Well, that depends on your perspective really. When we use a notepad to store information, we are already boosting our memories using something that isn’t naturally part of our bodies. Does it matter if that device is implanted inside it or not, if the end result is the same? If you think so, then this super-human X-future might not be for you.