For an eight day stint in late October, beloved PBS host, the late Bob Ross was one of the most popular streamers on Twitch.tv.

To celebrate the new Twitch Creative initiative (in which viewers can watch artists do “crafty stuff like paint or cosplay prep”), Twitch aired a marathon of every single episode of The Joy of Painting with Bob Ross. And the Twitch community loved it so much that Bob will now have his own permanent Twitch channel, which will stream on Monday nights from 3:00 – 9:30 pm Pacific Time.

The experience of watching Bob Ross along with thousands of gamers is unique to say the least. The chat is as riotous as ever, but the tone of the comments feels different than it does on, say, the typical League of Legends livestream. The ubiquitous question “What is Bob Ross doing on Twitch?!” quickly gave way to viewers’ fond reminiscences of watching the PBS program as a kid, to awed remarks on the soothing character of Ross’s voice and his reassuring presentation style.

My favorite part of the collective viewing experience involve the participatory memes emerging from the particular quirks of the program, like a kind of virtual performance of the Rocky Horror Picture Show. When Ross’s brush slips, the chat erupts into screams of “RUINED!” And when he transforms a stark slash of black into a gorgeous tree, the chat celebrates (SAVED!) or, amusingly, accuses him of using hacks (VAC!).* And, of course, when a painting is finished the chat erupts with GG WP.** 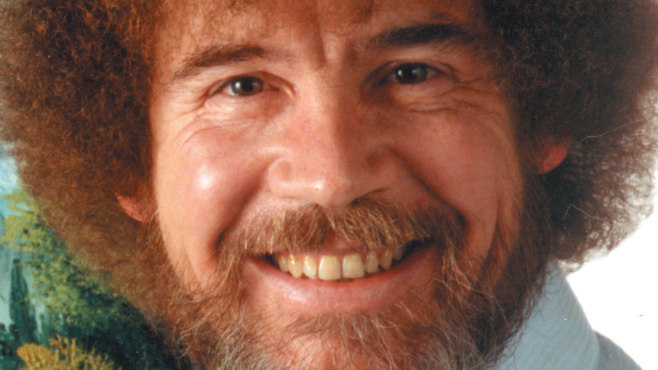 But most of all, I am happy that the Bob Ross Twitch phenomenon is opening up space for a different image of gaming culture than the one that has arisen in the wake of #GamerGate. Many in the mainstream media have taken to assuming that online gaming culture is a cesspool of sexism and abuse with few redeeming qualities.

I argue that they make this assumption because that is what the loudest and most vitriolic participants in #GamerGate are telling them. These trolls, the ones who dox and threaten female developers and critics for “ruining videogames” claim to speak and act on behalf of game players everywhere.

It is not surprising, then, that those who have never been a part of gaming culture (and who often have an antiquated, stereotypical mental picture of “geeks” and “nerds” as fragile, emasculated guys who take the shame of their flawed masculinity out on the women they can never have) take them at their word and start to report that “gamers” are behind the harassment.

The Bob Ross Twitch stream is a reminder that the worst of #GamerGate does not represent gamer culture as a whole. There are many appealing aspects to gaming culture besides violent competition and trolling.  Gamers appreciate creativity and have a great deal of respect for art and artists. 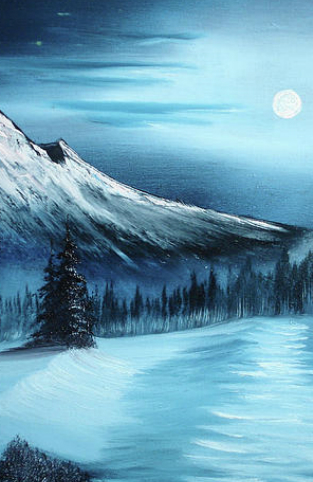 They like to disappear into new worlds and learn more about those who create them. They create fiercely loyal communities around eclectic figures and they aren’t afraid of looking “uncool” for liking something offbeat or unpopular. And, as the wild success of the stream demonstrates, they are often tastemakers, harbingers of Next Big Thing in popular culture.

The Bob Ross Twitch stream is a great example of everything good in the world of gaming. Let’s hope that this phenomenon is the first step in transforming the ugliness of the past year and a half into some happy little trees.

*   VAC stands for Valve Anti-Cheat, the software designed to detect and punish hackers. When Bob fixes a seemingly unfixable mistake, the chat is teasingly accusing him of cheating.

The Witness is a Videogame Sans Politics, for Good or Ill
Previous Post