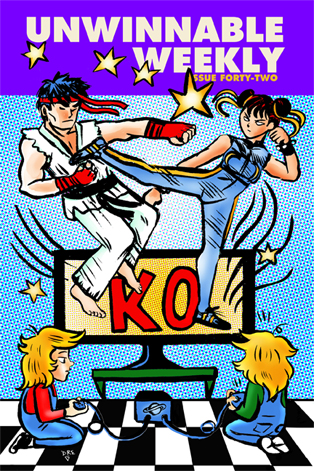 By the time I was 10, I had a pretty good sense of who I was and, more importantly, who I wasn’t. I wasn’t my twin. I didn’t have developmental disabilities. I didn’t have a teacher’s aide and I didn’t need to stay after school for extra help. I was better than that, better than her and I used to believe this with every fiber of my being.

One of the expectations that comes along with being a twin is that you both look alike. Alana and I couldn’t have looked more different. She had red curly hair, mine was stick straight and ash-colored (much to my dismay). Her eyes were a lighter shade of blue, she had a small button nose and I was a little taller. We barely looked like sisters, let alone twins. What Alana and I lacked in physical similarity, we more than made up for by sharing anything two people could conceivably share together: friends, clothes, toys, bedroom, our bed – you name it.

The older we got, though, the more I resented having to share everything with Alana. Once in a while this resentment bubbled to the surface, usually during homework time.

After dinner – which occurred every evening at exactly 5:30 p.m. – Alana and I would sit at the kitchen table to do our homework. It was my mom’s responsibility to help Alana as my dad was usually napping on the couch in the family room. He did this every night before going into work at midnight, even though he never really fell asleep, he’d just lay there and shout answers. I loved homework time, I loved the process of meticulously spreading out my books, my pens and my pencils. I followed this ritual every evening, readying myself for success.

I breezed through my homework in an hour or so, making loud proclamations each time I finished a subject, “Well, done with Social Studies!”

I did this to show Alana how easy homework was for me. I wanted her to know I was better than her and I could prove it. As we sat at the same table, I couldn’t help but overhear her struggle to pronounce even the simplest of words.

“Sa…sa…sa…” Alana whispered to my mom, their heads bent towards one another.
I listened to her stutter for about 20 seconds and with each passing second becoming more and more angry, until I couldn’t stand it.

Alana would yell back at me, “I’m trying, Annie!”

My mom stared at me for a moment.

I could tell she was angry, “Andrea, if you are going to be rude, you can go upstairs.”

I collected my books in a huff and ran upstairs. It’s not my fault I’m smarter than Alana. Anyway, I knew she was just doing this for attention.

To my dad, the Sunday paper was a nearly religious experience, one that required time and adequate preparation. He poured through the advertisements with a dedication most people reserved for only the most important tasks. My father was a self-described deal-hunter. He’d wait months for an item to go on sale and then pounce. That’s exactly what he did with the Sega Saturn.

The purchase of the Saturn made us a three-console household. The NES had been relegated to the basement after my older brother bought the SNES. Officially speaking, Alana and I weren’t allowed to touch the SNES, but that didn’t actually stop us from ruining countless games of Super Mario World or Gradius.

The Saturn, however, was something different. This was the first console that would belong to Alana and I alone, much to my mom’s dismay. The day my dad brought it home, Alana and I ran around the house screaming our heads off.

“Douglas Raymond, the girls are going to fight like hell over this thing.”

My dad stared at my mom, drumming his fingers on the box, “Oh Bobbi, please, they will not! It has two controllers!”

Despite my father’s optimism, Alana and I did indeed fight like hell over the Saturn.

My dad set up the Saturn in the aptly-titled “computer room.” At this moment it was also home to another recent purchase of his, a Compaq computer he had ordered from a magazine. The Saturn sat on top of an old TV, nestled in the corner of the room.

“Can I play first?” Alana asked.

I was used to bossing Alana around. For years I had been deciding on what we did and whom we did it with. If I was going to be forced to hang out with Alana, I decided it would be on my terms.

Alana would trudge behind my friends and I, knowing she wasn’t welcome. If she asked me a question, I ignored her. If she touched me, I cringed. When Alana fell behind too far, she would run to keep up with us. I’d laugh and run further away from her. To me, Alana was a disease and whatever she had, I wanted nothing to do with.

I imagined myself having to teach Alana how to hold the controller, having to teach her how the buttons worked or how to operate the console. I knew playing against Alana would be too easy. This would be yet another experience she would ruin for me, just like she always did. I didn’t want to spend my life having to carry around the weight of my twin’s inadequacies as if they were my own.

Once the Saturn was finally hooked up, we settled on one of the only games we had capable of supporting two-players, Super Street Fighter II.

I placed the CD on the little nub and waited to hear what would become the all-too familiar whirr of the disc rotating. We each grabbed a controller, waiting in silence for the title screen to load and the start icon to appear. We both pressed the start button.

The controller felt and looked different from what I had been used to. There were more buttons, the d-pad was different and it was considerably larger than the NES or SNES controller. It seemed confusing to me, but I was sure it would make sense once we started to play.

We took the process of choosing our characters very seriously.

Alana ended up choosing Ryu, I opted for Chun Li.

When the match began I started to pound all the buttons I could. I made absolutely no effort to figure out which button controlled which action.

Ryu landed a kick, then another, and another – each time the health meter decreased. No matter what I did, nothing connected. Even when I was close, Alana would somehow block my attack. Eventually I pressed some sort of successful combination of buttons and landed a kick. I felt a surge of energy. Alana bore down on the controller and with one more punch to the head,

Chun Li stumbled backwards. I had been KO’d.

Another match, another win and then another, and then I was out of lives and it was Alana against the computer.

I told myself that I just chose the wrong character. Next time we played, I’ would choose a different character and then I would win. I grabbed the remote and turned off the TV.

“Annie!” Alana screamed at me, “I was playing that!”

“Then why are you going to tell mom?”

“Because you are being mean to me again!”

“Alana, if I was being mean to you, you would know it.”

Alana picked herself up from the carpet and stormed out of the room, slamming the door behind her.

I wasn’t always mean to her, was I?

You’ve been reading an excerpt from Unwinnable Monthly Issue 42.

A Weekend in April