The following is a reprint from Unwinnable Weekly Issue Thirty-Seven. If you enjoy what you read, please consider purchasing the issue or subscribing. 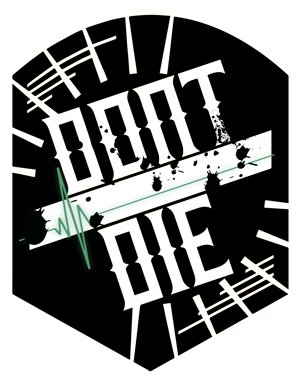 We are all losing.

This month I launched a new counterculture videogame industry site called don’t die. It’s a confessional forum for me to have conversations with people who make games and people who used to play them. We talk exclusively about the depressing tensions and stifling dearth of creativity in the space and how it’s taking a toll. Occasionally we speak of hope.

That’s right: All the shit nobody else wants to talk about, I want to talk about. It’s born out of a legitimate desire to understand and make sense of how we got here and we can possibly tend to our wounds as a community.

And all of us – we’re part of it. All I can think after talking to 32 people from game companies large and small and lapsed players around the globe is this in the two-month ramp-up to launching my site is one simple fact: We are all losing.

Since my site does not allow for user comments, there is no real place for me to share what I am learning as the bottleneck in this flow of information. I’ll be sharing observations intermittently here at Unwinnable Weekly to reflect as trends or themes start to emerge in the conversations I’ve had.
Each one, minimum, runs at least an hour. Some are an even two. They are all with people I have not spoken to before. So there’s a lot to unpack.

The main thing I’ve been hearing is the phrase “that’s fine, but.” Who said it does not matter – it runs the gamut from former VPs, CEOs and former consumers. They all acknowledge problems in the industry, but then proceed to implicate someone else and how they could do something instead. To point a finger.

On top of what people have told me in interviews for my site, I also circulated a survey amongst a random selection of people I talked to and several more I ended up meeting during the course of GDC. What you read below, these prescriptions for change, come not just from me, but from people who make and buy games. People trying to elbow their way into the existing system. More importantly, a lot of this comes from people who used to buy games.

I do not know who said what or who responded. Who they are, really, does not matter. Nobody is happy. Anyone who proclaims to be is dulling their blind spots or choosing to ignore them.

It’s time to admit that videogames, on the whole, are too big a thing for the current system to properly satisfy the audience. The whole AAA/indie rhetoric is irrelevant. Games are games, and there have never been more games than there are today. Lumping everything in as the same blobs is moot. When we embrace the fact that games are an open-ended medium, the press can find more creative and interesting ways to cover it. That means:

1. Let’s splinter off and create smaller, more focused sites. Zero in on specific genres. Specific aesthetics. General enthusiast press made sense when Nintendo was trying to revive the industry but look around: The industry has arrived.

2. Act like your audience exists, and not just in the comments. Many of the sites around today? You cover games but have skipped over covering gamers. When you don’t acknowledge who your audience is, apparently it gets up for grabs and gets ugly.

Stop making games you don’t want to make. True, there are audiences for everything, but it is frustrating to see the “indie” space pointed to as expected to take up the creative mantle – especially when, let’s face it, a lot of them are just making shittier versions of things we’ve all played several years before. I know discoverability and profiting from your art is a legitimate concern. You want to be found. But do you know what gets noticed more handily? Doing something different. Know why you are making something.

More eagle-eyed games fans no doubt have noticed folks are increasingly quitting bigger studios to go out and do their own things. It isn’t because “indie” is a buzzword, but because those companies are too risk-averse, and yet still incredibly risky.

But “indie” is a mentality that’s historically been lockstep with differentiating yourself. It no longer applies to games. Earn it back, or better yet: Call it something else. Better still: Go make interesting shit. This applies to everyone.

This one’s pretty basic: Stop being shitty in general, but specifically stop making death and rape threats over forms of entertainment and the purchasing habits of other consumers. We are all misfits. Games have always been a haven for people like us.

We didn’t used to be like this. You’ll have to trust me on this. We will improve in time. Most of us are actually intelligent humans. Listen to us.

We have two choices as an ecosystem: Either we all come together on this or we don’t.