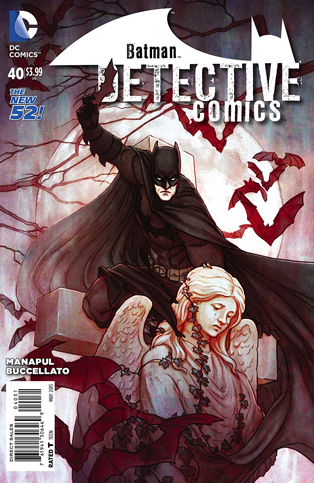 Reading the “Anarky” arc covering Detective Comics issues #37 through #40, I felt a strange sense of déjà vu.  I remember the debut of the character Anarky, as this was during my nascent Bat-fan days (late 1989, Detective Comics’ original run, issues #608 and #609.)  But something else was knocking, ever so slightly, in the back of my brain.  Where do I know this Lonnie kid from?  Moneyspider seems like a dumb name, but somehow familiar….

So after finishing issue #40, I dug into my old boxes of comics and pulled out issues #608 and #609.  I waited until this arc wrapped up before revisiting the old issues for several reasons: I was curious about who and what this modern Anarky would turn out to be; when I open my old comics boxes, there’s a good chance I’ll get stuck in a terrible nostalgic loop; general laziness (I gotta go find these issues now?  Sheesh!)

Man, what a trip it was re-reading these old issues!  There are the ads: full page back cover for Turbo Grafx 16; the “Operation Wolf” game promo (“Say Rap.  Say Taito.  Say Yo!”  That happened.)  Most importantly, of course, is the very stylized and dated (but I will always love it) story/art combo of Alan Grant and Norm Breyfogle.  This duo’s concept of Batman defined the caped crusader for me as much as Denny O’Neil, Neal Adams and Jim Aparo.

Channeling my inner twelve-year-old, I enjoyed rereading these issues, digging the low angles I’ll always associate with Breyfogle’s art, laughing at the uptight Batman (“I can’t bust him now, there’d be a riot, and a thousand or so brain-damaged thrashers I can do without!”) and realizing what a, umm, “debt” Grant and Breyfogle owe to Alan Moore’s V for Vendetta (the thought crossed my mind over the years, but this is the first time I’m really revisiting the old Anarky since I was twelve.)  Also, I felt a twinge of embarrassment at how much I liked Anarky way back when.

Since I was out of the comics loop for large parts of the 1990s, I took to the internet to see what else our antihero was up to.  Too much, it seems.  DC treated him like spaghetti, throwing him against the walls of a few characters’ universes to see what sticks.  Anarky, like so many super villains, is a character that’s best in small doses, maximizing potential impact.  The adage of “less is more” is something DC apparently doesn’t consider.

So, how to update Anarky?  It seems that Francis Manapul and Brian Buccellato are the right team for this task, considering their populist-minded stories in their current Detective run.  The current Anarky looks more militant, almost like a terrorist (not in a goofy caped costume like the original version.)  This time, he’s an adult of means, instead of a teen.  Add to this some tech hack savvy and a touch of murderous, avenging sociopath and you’ve got a story for modern times.  Does an adult Anarky have legs, or will he seem naïve and unrealistic in another twenty-five years?  Only time will tell.

As it turns out, our actual villain is Mad Hatter, hunting for and haunted by his beloved Alice.  I’ve always liked Hatter, but the idea of him being a (very likely) thought-disordered (possibly fetish) murderer reduces his clownishness.

The ending seems rather abrupt.  Not just the overall arc, but the actual ending of this issue.  The bad guy is tucked away in an institution, with enough of a tease that he’ll return again.  It would also seem the door is open for Lonnie/Moneyspider to resurface in the future.  The ending makes sense, but still somehow feels rushed.  I guess we’ll wait and see how things spin out with the upcoming universe-altering “Convergence.”  I’m skeptical of that, but hopeful that Manapul and Buccellato get to keep to chugging over at Detective. 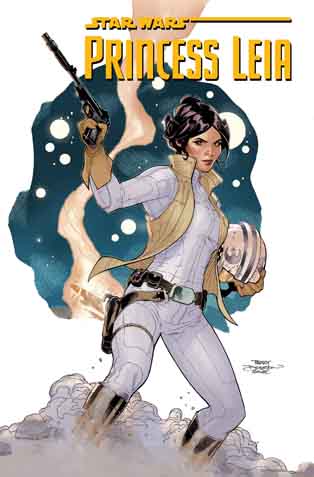 Picking up where A New Hope left off, Mark Waid begins Princess Leia #1 with a statement about the titular character. We’ve come to know Leia as the spoiled but head strong girl who was saved by a farm boy and a loner hot shot, but Waid provides a bit more detail about what others think of her.

Simply put, she’s a royal woman, and she’s treated like she has no say in her own life, or that her decisions have any bearing, relevance, or grounding.

So What Mark Waid tries to inject into the Star Wars  universe is a little femininity.

Leia is not only head strong but dogged. We watch her get brushed aside for the majority of the comic, but she finds a friend in Evaan, an X-Wing pilot who cares little for the Princess or her stoic demeanor. Evaan has a loose connection to Leia and Alderaan and Waid smartly crafts a conflict that makes Leia’s need to seek help, and to begin her quest both believable and exciting.

What’s most noticeable is how the male characters are carbon copies of each other. They’re arrogant and think they know what’s best for Leia, and that they know everything they need to about her. Waid handles the characterizations nicely, making Leia a sympathetic heroine, and making her need to escape urgent. Plus, they’re a lot smarter than the boys and they use their seeming ignorance to plan and carry out a pretty impressive escape.

Furthermore, Terry Dodson provides glossy and lithe illustrations. They’re neat and polished, visually appealing and gracefully drawn. His females *look* powerful, particularly Evaan who has a few great poses that really emphasize her confidence and apathy, particularly with Leia. Additionally, Dodson draws some impressive galaxy-scapes and I’m excited to see the visuals he’s going to create for the wealth of creative worlds the main characters can visit, and the myriad of aliens with which they can react.

Princess Leia is a solid first issue. I love the role that Waid’s created for the character, and I love how he structures the comic so that by the end, you’re *desperate *for Leia to break free. The story is very promising and built on an intriguing premise, so I can’t wait to see what else Waid has planned. 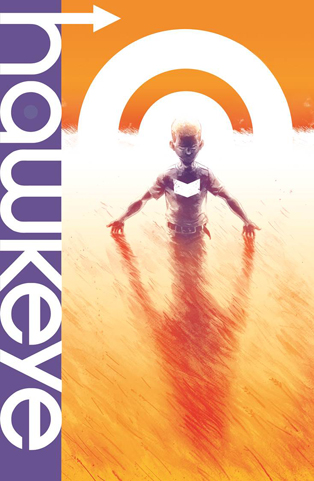 Jeff Lemire has a difficult in front of him trying to fill Matt Fraction’s shoes, particularly when we’re talking about Hawkeye. Fraction’s Hawkeye series has been non-stop fun, a great mix of action and humor and heart, and Lemire tries his best to do copy Fraction’s style and pacing, and while the comic has an intriguing ending and a pretty good hook, it stumbles a bit in its transitions.

Ramon Perez, too, tries to emulate David Aja. His style has the same neat, blocky feel to it and he does a great job with the action sequences, but the other sections of the book – showing Clint’s past with his brother – are works of art. They look like paintings, even, sketched in muted inks and finished so that they somewhat emulate water colors. They’re really impressive.

The other visuals, though, are recognizable and, for lack of a better term, comfortable. Occasionally, Perez has difficulty drawing faces – like at the end of the issue where the characters look completely different – but he keeps the same energetic spirit, so that the comic clips along from panel to panel keeping the same frenetic vitality that we’ve come to expect from Hawkeye comics.

But this is also where the comic struggles. Lemire builds his sequences so solidly that they don’t mesh together. Each feels disparate from the other so that when the comic starts to gain some traction, Lemire switches gears and in doing so hinders the flow of the storytelling. By the final pages, the ideas connect, but it’s a rocky road getting there. I’m still pretty invested in what Lemire’s selling — particularly in the cryptic finale – but it’s not as even a read as we’re used to.

Still, All New Hawkeye is a decent beginning. It needs to find its own footing before it can really become great, so I’m hoping that Lemire moves away from Fraction’s writing formula and instead makes the book his own. It’s called All New Hawkeye for a reason and while I see why Lemire doesn’t necessarily want to mess with success, he has to make the comic original if he wants readers to see a difference in the storytelling.