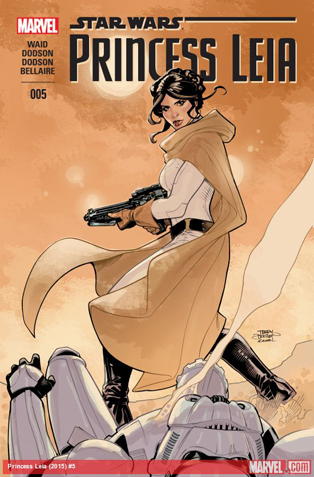 I have a confession to make, Dear Reader – most of the Last Week’s Comics crew didn’t get to read any comics this weekend. We were all busy celebrating Independence Day and watching the Women’s World Cup. However, I did get to read two comics as of this writing – Darth Vader #7 and Princess Leia #5. These two comics got me thinking about licensed comics and how Star Wars has, on multiple occasions, been an exception to the rule that licensed comics tend to stink.

Granted, I am a well documented mark when it comes to Star Wars. One of the earliest pieces I wrote for Unwinnable was about Return of the Jedi being my first memory. I went on to write about a dopey iOS Star Wars videogame and bid a fond farewell to the late Irvin Kershner. Like the Hutt in Vader #7, I am in the Empire’s pocket. That said, I didn’t read a whole helluva lot of Star Wars comics. Aside from Dark Empire, Tales of the Jedi and Dark Horse’s last Star Wars: Legacy series, I never felt a compulsion to read them the way I did the old Marvel stuff when I was a kid. They weren’t bad comics. Friends recommended the Tag and Bink stuff, Droids, Quinlan Vos and a host of other stuff over the years and they were fun, but all of them felt adjacent to the movies. I didn’t hear John Williams’ score while reading them the way I do reading the above mentioned comics and Marvel’s most recent crop of adventures from a long time ago in a galaxy far, far away. They were still really good comics though.

While reading this week’s Star Wars comics, I was taken aback by just how much Marvel’s added to that universe. In Darth Vader, Kieron Gillen and Salvador Larroca introduced Dr. Aphra who’s quickly becoming one of my favorite Expanded Universe characters. She’s a super smart, clever criminal archeologist who works for Darth Vader in secret. She knows just how dangerous her boss is, but jumps in head first anyway. So far, she hasn’t disappointed the Dark Lord and I hope it stays that way. She leaves me feeling the same way I did about Mara Jade and Talon Karrde from The Thrawn Trilogy – excited! 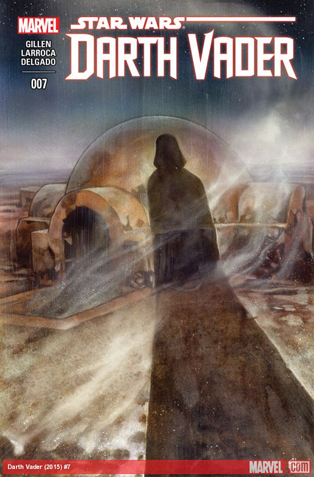 Over in Princess Leia, Mark Waid and Terry & Rachel Dodson have managed to tell a story that I can’t believe hasn’t been told before. The idea of Princess Leia embarking on a quest to save the surviving Alderaanians is exactly what she would have done after Star Wars! Waid and the Dodsons wrapped the story up nicely and introduced another new and interesting character – Evaan. Evaan’s growth as a foil for Leia to Leia’s friend served to not only as a reflection on her, but on the Alderaanian society both characters are fighting to preserve. The last two issues also showed readers how Lando’s eventual co-pilot, Nien Numb, came to join the Rebellion.

Both of these comics enrich the mythos. The creators can’t place their leads in any mortal danger, but they can pull from the expansive Star Wars character pool as well as create new characters like Dr. Aphra and Evaan that draw readers in beside the leads we’ve come to know so well since 1977. They’re fun comics and I’m glad Marvel’s putting top talent on these books. Now if only they could work the Moebius stuff from the Star Wars Holiday Special in…

A Tale of Two Women