A friend advised me not to write a piece about GaymerX2 that focused on me. Plainly, the struggle represented in the talks and peoples’ experiences across the convention aren’t my struggle – it is those stories that are important. The convention, at San Francisco’s Intercontinental Hotel, was built to welcome the LGBT community and address issues of diversity in gaming. It might seem like the height of privilege to write a personal narrative in the midst of such an important collective moment. Yet there’s no way that I can write outside of my own experiences and biases. It would be arrogant of me to speak for the experiences of others that I can’t claim to fully understand. 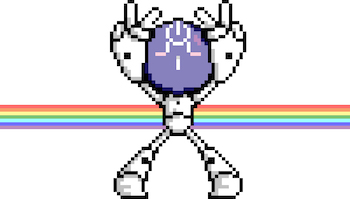 I brought my two friends, Carlos and Jerry, who are also a couple, to GaymerX2. The pitch for my write-up of the convention was that wacky and poignant things might ensue, because I don’t know LGBT culture and they don’t know videogame culture. I felt less like an ethnographer studying and explaining foreign customs and more like a proud friend showing off another’s accomplishments.

Carlos and Jerry aren’t some people’s stereotypically gay couple; they can make some pretty abrasive non-PC jokes and they have a four year-old daughter. They haven’t played videogames since the days Donkey Kong and Street Fighter. And yet, GaymerX2 gave them an idea of gaming as an industry and a medium totally willing to embrace them. It’s hard to imagine this happening, even in such a provincial way, just a few short years ago.

The first day of the convention, we ate lunch at the Metreon food court. I asked Carlos what he’d thought of the day. He remarked on how welcoming the community had been. “I never felt judged walking around,” he said. There was something palpable about this convention’s radical inclusivity, even for someone like Carlos, who attends Pride events every year. 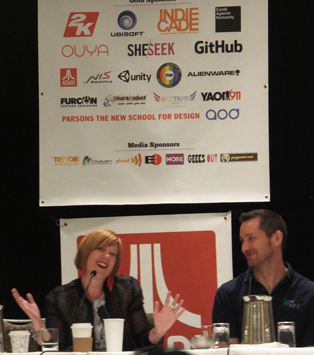 We attended Gearbox Studio’s panel on trying to expand representation in their games. We walked around an area called Indie Alley and played everything we could get our hands on. Carlos and Jerry tried a quirky OUYA game called Amazing Frog; the ragdoll physics and weird controls created some hilarious moments. The frogs have a QWOP-like tendency to flop around and fall over dramatically.

We watched an entire playthrough of Perfect Woman, a Kinect-based game about the poses society forces women to take throughout their lives and the choices they’re limited to. Lastly, I tried to show them Read Only Memories, a cyberpunk adventure from some of the convention organizers. They liked the Neo-San Francisco setting and the queer characters, but the adventure game format was a high barrier to entry for folks who didn’t grow up on PC games. In all, the panels and games overhauled their working concept of videogames and the people that love them.

Carlos and Jerry had to work and watch their daughter the rest of the weekend, so I attended the rest of the convention by myself. I went to a number of incredible panels. The only commonality among them was their extreme diversity. One panel had Robin Hunicke and Kellee Santiago talking about the progress in representation and choice on consoles. Another presentation, by Treachery in Beatdown City’s Shawn Alexander Allen, talked about the lack of representation for African-American and Latino characters and began with a Ghostface song.

I played The Resistance, a deception-based card game, with a rowdy group in the board game room. I accidentally used a gender-neutral bathroom and I used it again later since it was the closest one. I drank coffee in the press lounge and generally wandered around the Intercontinental Hotel looking for stories. From the start, I noticed the way that I felt welcomed and included wherever I went.

As a straight white male, I can feel a decent sense of community at an event like PAX or GDC, but that can feel tragically impossible for many of the groups represented at GaymerX2. At the same time, I felt remarkably included at this event, even if I’m not its target audience. 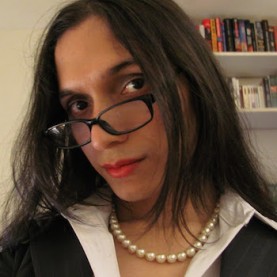 Transfeminist writer Katherine Cross said something on the second day that snatched my breath away. Her panel “Internetting While Female” (with Anita Sarkeesian and Gamespot’s Carolyn Petit) focused on the harassment they’ve received as visible women critiquing the game industry. It was a cogent look at the types of terrible things that are said to them and why. As the talk was continuing a weight of seriousness began to settle on the room as each person described their constant struggles. That’s when Katherine dropped this bomb:

“There’s been a lot of very transphobic abuse to describe me and talk about me, and to drive hatred in my direction. Irrational, unthinking hatred. It is very, very difficult. What I always keep in mind for myself [is] just the sense that at the end of the day, every single person that has ever attacked me or my loved ones is a human being that has been deeply malformed in some way morally by the hatred in society and turned into a weapon against others. There’s a profound tragedy in that as well. For me, the hope that keeps me going is to remember not only that I can emancipate my sisters with this work, but also everyone else, including those who are engaging in this harassment. Because, it’s ultimately corrosive and poisonous for everyone that is involved in it.”

There was a genuine sadness and compassion in her voice when she said this. You could feel the way that she was profoundly empathetic for those who have done nothing but insult and threaten her. The power of her words left me unable to speak. This person – who has been objectified and hated for who she is – has the audacity to want to help those that persecute her by ending the cycles of ignorance and hate. It was a dramatic moment, because Katherine Cross saw that the people who harass her and her colleagues are human beings.

After the closing ceremonies, I headed back to San Jose down the 101. I was still trying to process the weekend and listening to KFOG. The Sunday night show, Acoustic Sunset, began playing Joseph Arthur’s cover of “Walk on the Wild Side,” from the tribute album Lou. Arthur was friends with Lou Reed, and he’s described the album as part of his grieving process. You can hear grief in every note of the slow, stripped down rendition of that subversive hit. As Arthur’s sadness washed over me, my mind reeled from Kuyperian pluralism to Pokémon. I thought about Katherine Cross and her amazing empathy. I thought about every single person I’d met at the convention and the way they recognized the humanity in everyone.

GaymerX (and the GX3 Kickstarter) uses the hashtag #everyonegames. I encountered that reality in every pocket of the convention. It seemed to demonstrate that games can connect us all. No matter what your identity, we are all human.

Follow Marshall on Twitter @MarshllSandoval. You can support the next GaymerX by contributing to the GaymerX3 Kickstarter.