For Valentine’s Day, The Girlfriend of the Year got us a couple’s massage.

And, as we were fed chocolate truffles and sugar cookies, then led down a hallway into a private room showered with rose petals and given soft, fluffy robes to wear, I couldn’t help but wonder – why isn’t this considered more manly?

It wasn’t the first time I’ve put my machismo aside for a little pampering.

It took alcohol to do it, but I got a pedicure with my friend Steph one drunken Sunday after a long afternoon at the beer garden. The ladies laughed at the size of my feet – a newbie employee kept trying to find slippers in my size, awkwardly attempting to fit different pairs onto me until an older woman advised her to stop – and I laughed, too, at the strange situation I found myself in.

But guess what? I loved it. 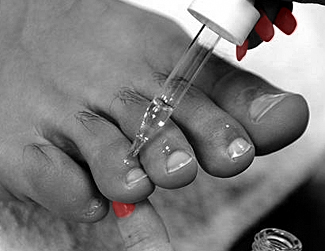 And I’ve been back since.

I took my brother-in-law, though the ladies didn’t laugh as much that time.

It occurred to me later they might have been trying to be respectful in case we were gay.

But we’re not gay.

Speaking of not being gay, I have always thought that many traditionally female pursuits have very similar counterparts among males.

Girls play with dolls; boys play with action figures. (My mother would drive me crazy calling my G.I. Joes “dolls” when I was a kid; but, let’s admit it, she was kind of right.)

Women watch chick flicks or soap operas and gossip about their friends; men watch sports and bitch about their teams at bars or on talk radio call-in shows.

It’s all exactly the same.

And thinking of this the other day, that’s when it hit me:

The male equivalent of a spa treatment is a lap dance.

I’ve had more lap dances than I’ve had pedicures. I’m not going into any details here, but rest assured I’ve been there and done that.

And it’s all well and good.

But having someone massage your feet and trim your cuticles, or put hot rocks on your stomach, or even paint a clear coat of polish on your toenails so that you can later peer down at your feet and not have them look utterly repellant, isn’t all that bad, either.

So is eating chocolate, walking barefoot on rose petals and putting on soft, fluffy robes.

But I would never have done it without a woman there to do it with me. 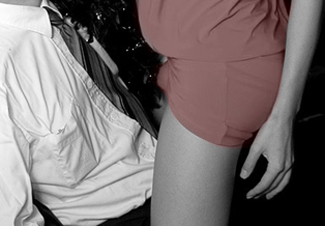 Now that’s a very good question. I think it’s time to get Stu, Chuck, Ken, Don, Hambone and the gang together for a man-i-pedi. We can rent out the entire place and sell tickets for charity, like breast cancer research or Planned Parenthood.

Jenn Frank can write about it and we can be feminist heroes for a day.

If nothing else, the photos of Stu with an apricot facial mask and cucumbers over his eyes will make it all worth it.

And, when the event is over, and we’ve all done our part for womankind, we can cross over the tracks and get some lap dances.

Matt Marrone also drank beer and ate homemade pulled pork – soaked in BBQ sauce he bought in a Kansas City gas station – as part of The Girlfriend of the Year’s V-Day Extravaganza. You know, in case you were wondering. You can follow him on Twitter @thebigm.