I’m fairly certain I’ll never become an antiquarian bookseller in real life, so I’ll settle for playing one on the Internet.

Back when I started Paratext (another time, another site) I aimed to write around games. I had just finished library school and so I set myself what I thought was an achievable goal: scour local libraries and bookstores looking for print materials from early days of videogames.

I know to some folks that might seem unnecessarily limiting: why not dig online where there are way more things? It was intentionally local-niche to keep me from getting overwhelmed.

I get overwhelmed a lot.

Three reasons to keep something in my library:

1. I want to return to it for enjoyment or inspiration

2. It’s something I may write about in the future, or it will serve as a useful reference in research

3. It’s something that I want to lend to other people because they might find enjoyment or inspiration or usefulness 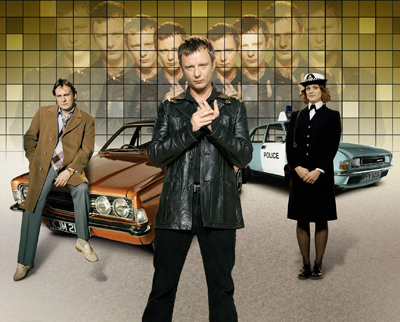 These are still pretty vague, but they help me keep my scope a bit more manageable: there are other people out there collecting full runs of console games, or first editions of books, or first pressing impossible-to-find vinyl. I lack the institutional resources to acquire and maintain an exhaustive collection and the constitutional resources to chase down fetishized commodities.

Useful is what I’m after. Useful and personal.

I keep things for different reasons: the full run of the British television shows Life on Mars and Ashes to Ashes is necessary to appreciate the way the shows are built on a “what’s-going-on” mythology that is satisfying when explained (tips: don’t make it the sole driving force and make it matter to the characters). But I only have one Gears of War game because I just want a representation of its cover-and-weapons feel – I’m not interested in the differences between each iteration.

That’s where the “personal” side comes in. The collection becomes an argument and an explanation for how I view the world.

I spend a lot of time in used bookstores to build these collections. And so I end up with books and games, etc. that have their own stories, that have been a part of other collections. Record sleeves with someone’s name scrawled across them in marker; board games with filled-out scoresheets, dog-eared and torn pages. These decrease a thing’s collector’s market value, maybe, but when you’re looking for the useful, well, all of these deviations from the original pristine state are full of potential.

Inscriptions are my favorite bit of people that get stuck in their collections. I started a tumblr:

I bought this from a used bookstore in November of 2013. RIP George’s Dad: Christmas 2013 won’t be the same without you.

Margin notes, underlines, annotations: inscriptions through time, to future versions of ourselves and to the collateral readers who may read our books after us.

I wonder how many other books George inscribed to friends and family. How many other people inscribed books to George’s dad. If you had all of the books that George bought for people, or all of the books in George’s dad’s library, what could you know about them? Not everything, maybe not even a lot of things. Not about the real George and his real Dad. But maybe it would be a Shadow of George, an idea of how George saw the people he gave things to, what he thought was important to them. Or if his gifts reflected not his view of them but what he thought they ought to be like.

If one were in the business of selling old books to people who bought old books, how would one determine their value?

Brian Taylor makes a hard copy of every non-tweet thing he publishes online because one day someone might appreciate him doing all the sorting and collecting of that work. Or because his house might be cold.