Every time I closed my eyes, I returned to the twisted city. None of the streets made sense. The buildings leaned perilously over me. Perspective seemed to be only a rumor here. It was a dismal city, everything was grey and it was always raining. No one seemed to notice me, but I was glad for it. The people I passed were pale and furtive, huddled in their dark coats – they reminded me of grubs, pallid and hungry. I kept walking. I needed to find a way out. 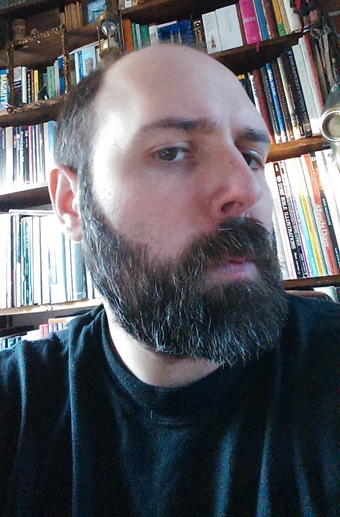 The day before I was supposed to get on a plane for Los Angeles and E3 2013, I came down with a stomach flu. I’ve never been so sick in my life.

I ate no food for four days, nor could I drink anything, even water. I slept only in very short bursts. Even though books and games are my traditional escape from illness, I was unable to read, let alone play The Last of Us, the review copy of which had arrived sometime during the second day of my illness. I spent most of the time staring vacantly at my ceiling, or out my window at the sky.

Sometimes, at night, when agonizing pain knifed through my abdomen, I thought: this is what dying feels like.

I didn’t die, thankfully. I probably didn’t come close, though I am sure losing 15 pounds in three days didn’t do me any favors. Once I started to feel better, I shambled downstairs to the office and caught a glimpse of myself reflected in my monitor. I looked grey, cadaverous, undead. Anyone who thinks vampires are sexy is an idiot. It took another week to feel like something approaching normal and, even now, 17 days later, I still feel a little bit off, a little bit weaker than I should, a little more prone to being tired.

I bought comic books the afternoon before I fell ill. Along with my regular weekly books, I saw that Dean Motter was in the middle of a new story, “Eviction”, in his long-running Mister X series. I’ve been a fan of Motter since I read the supremely underappreciated Terminal City nearly 20 years ago, but never had the opportunity to read Mister X. I picked up both available issues, as well as a one-shot called “Hard Candy.” This was exciting.

Motter’s work – both in words and in pictures – has always been an intriguing mix of sensibilities, effortlessly mixing elements of film noir, German Expressionism and Bauhaus design. I thought the cover of the first issue of “Eviction,” which depicts the name Mister X spelled out in a dizzying cityscape, was a particularly beautiful example of his artwork.

It lay on the floor of my bedroom while I was sick. When I couldn’t stare at the ceiling or out my window, I would stare at that cover, memorizing the lines, swaying with imagined vertigo at the terrible height the image places the viewer at. I don’t remember the story at all – but I remember that cover.

Thanks to a low-grade fever, I spent three nights in that city. 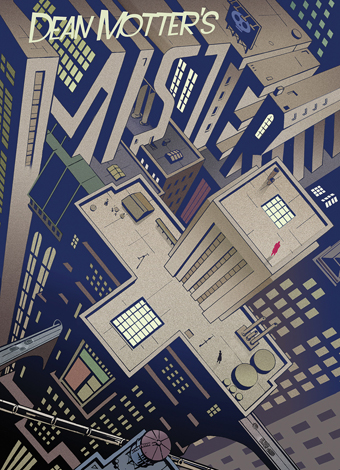 When I finally returned to my right mind, I started playing The Last of Us. The game works very hard to be sensational; that is, literally, of the senses. Lighting effects dazzle when moving from a dark interior out into a sunny day. Particle effects give the feeling of being wrapped in a cloud of fungal spores, the blurry edges of the screen simulating the dense glass of a gas mask. Joel’s animations received special attention – he touches walls, the floor, door jambs in a way a real person would. When he is nervous, or performing strenuous activity, his breathing changes. Late in the game, when grievously injured, he becomes difficult to control, staggering left when you really want him to go right. The images on the screen become indistinct. It is impossible to aim a gun.

The Last of Us is about human frailty. It shows us this in its violence, which is quick, gruesome and irrevocable. It also show us this in its relationships – strains of isolation, paranoia and a willingness to succumb to animalistic behavior run deep in the emotional lives of the game’s characters.

And yet, I never felt frail. I had just spent several days malnourished, delirious and weak, but The Last of Us, a game about survival, didn’t manage to draw from my real world experience of misery at all. In fact, I have never felt anything but powerful when playing a videogame. Sure, I have controlled characters that were frail, but I still controlled them. My avatars suffer so I will not.

Other media has been able to elicit a certain amount of negative physical feedback from me. I was just as nauseous as John Netley was after Dr. Gull’s occult tour of London in Alan Moore’s From Hell. The opening scene of Saving Private Ryan was about as unpleasant a physical experience I’ve ever had in a theater and every time I hear the line “Summer colds are the worst” in Chinatown, I immediately remember how miserably correct a statement it is.

I have played games that had strong mental effects on me. It is almost impossible to not slip into a meditative state while playing Tembac’s Mantra and games like Hotline Miami and Eternal Darkness have effectively toyed with feelings of delusion and the loss of accurate perception of reality. And yet, when trying to convey physical weakness, games fail. Player agency is too sacred a cow to kill.

The first thing you see when you turn on The Last of Us, or any game on Sony’s PlayStation 3, is this familiar message: “If you have a history of epilepsy or seizures, consult a doctor before use. Certain patterns may trigger seizures with no prior history.”

And I think, Wouldn’t it be interesting if this time it did.

Stu Horvath thinks Twitter is about human frailty, too, but he’s still on it an awful lot. Follow him @StuHorvath.

Lemons, Trawlers and a Bit of Alright